Calista Walks is a music project of funk, soul and black music influences, was born in 2012 from the merger of cultures and knowledge with which the creators have been involved professionally in the last 10 years.

You love the project, you believe in us and want to contribute minimally to succeed. You can download the songs in mp3 format.

CD signed by the band + appearance in the album credits

PACK DÚO: 2 CD signed by the band + 2 T-shirt "Calista Walks" + SPECIAL appearance in the album credits + 2 tickets for the concert presentation in Girona

About the project Read more about this project 3 updates Comunidad 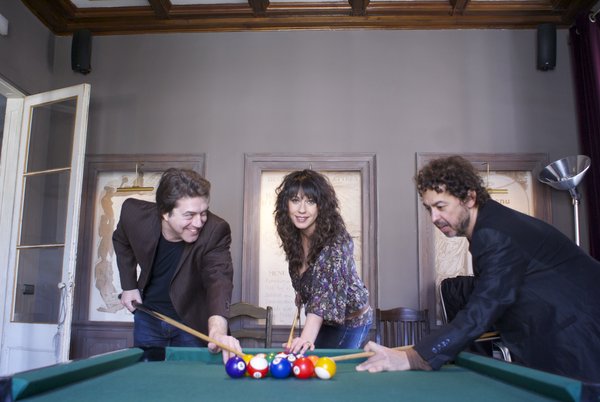 Calista Walks is a project created by Sandra Fern, Francesc Ubanell and Lluís Costa, knowns musicians in this side of our country. A music project with funk, soul and black music influence that began in 2012 from a mix of experiences than they lived.

Those who came in 2014 Black Music Festival's inauguration were tested that who promise to be one of the best CD's in our region of this year about black music.

What will allocate your help

The help that we get will be full dedicated to record 11 original songs in a CD on english language with musicians and recording studios of our city, .and design, image and copies of this first album. Musicians that are going to recording with us and will be part of our shows are high level: Àngel Abad (Drums), Jordi Ruiz "popi" (Bass), Àlex Carbonell (Hammond), Albert Comaleras (Sax), Anna Pérez (back vocals), Cristina Collado (back vocals), Marta Pérez (back vocals) and some others colaborations to define.

Delivery of rewards will turn directly or send by mail.

Our dream and illusion is on your hands. Please, help us to get it and we will create the soundtrack of your lifes.

You love the project, you believe in us and want to contribute minimally to succeed. You can download the songs in mp3 format.

CD signed by the band + appearance in the album credits

PACK DÚO: 2 CD signed by the band + 2 T-shirt "Calista Walks" + SPECIAL appearance in the album credits + 2 tickets for the concert presentation in Girona