STATE OF MATTER / MATTER OF STATE 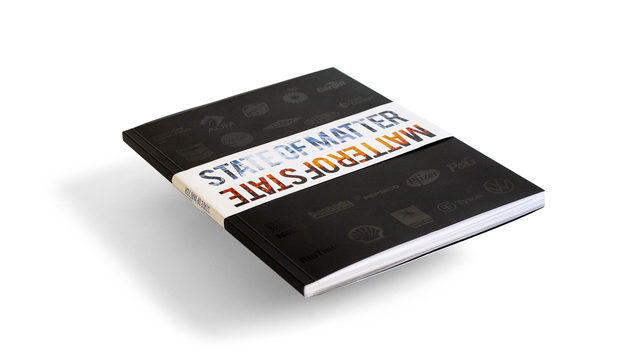 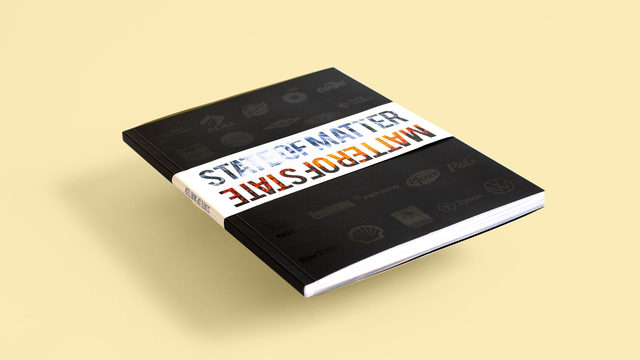 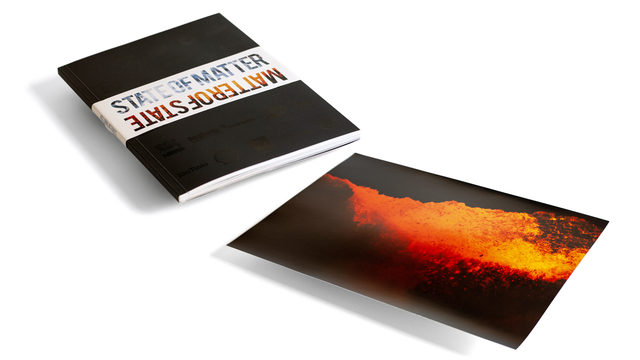 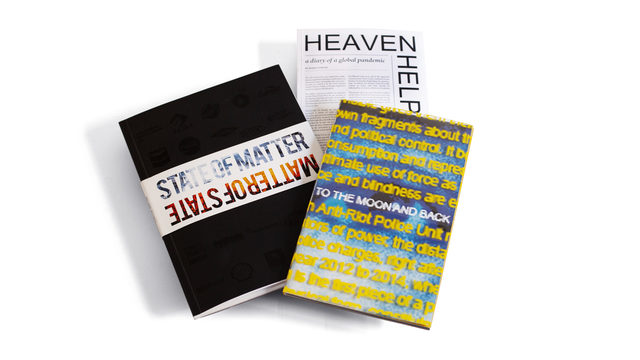 MEMBER OF THE BOARD 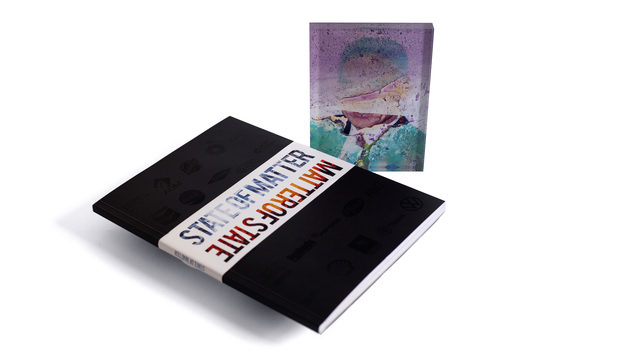 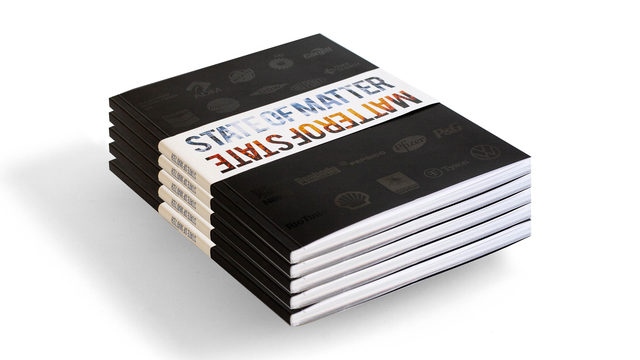 My name is Mario Zamora and I use images to reflect on power relations. The last 6 years of my life I have developed what will soon become my third photography book.

"A corporation has no soul" - Edward Thurlow

Large corporations are responsible for the majority of human catastrophes the planet has encountered in recent decades.

I thought that, as a consumer, I should rethink my relationship with them and, as an artist, I should find new ways of talking about the biggest problem today's society is facing. A huge environmental and climate crisis derived from the current production system. 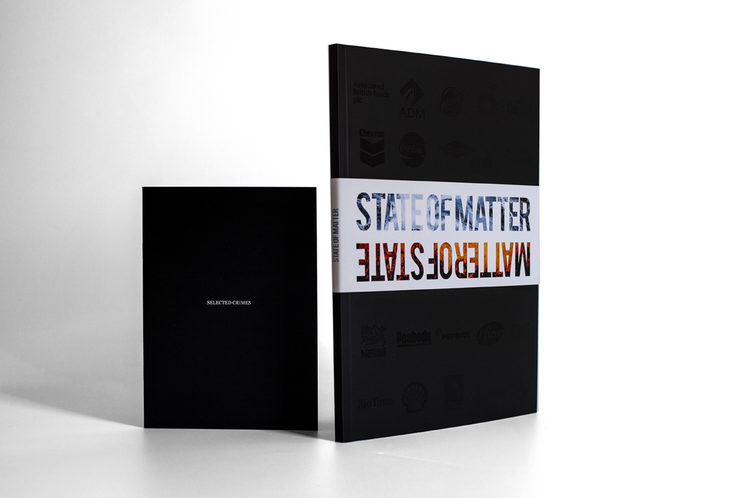 After countless hours of work and with the help of many people, I was able to do this in my project STATE OF MATTER / MATTER OF STATE. A book structured in three parts:

First of all, corporate reports from thirty major brands, widely known for their environmental crimes and abuses, emphasizing their use of language in terms of their ethical and ecological responsibilities. 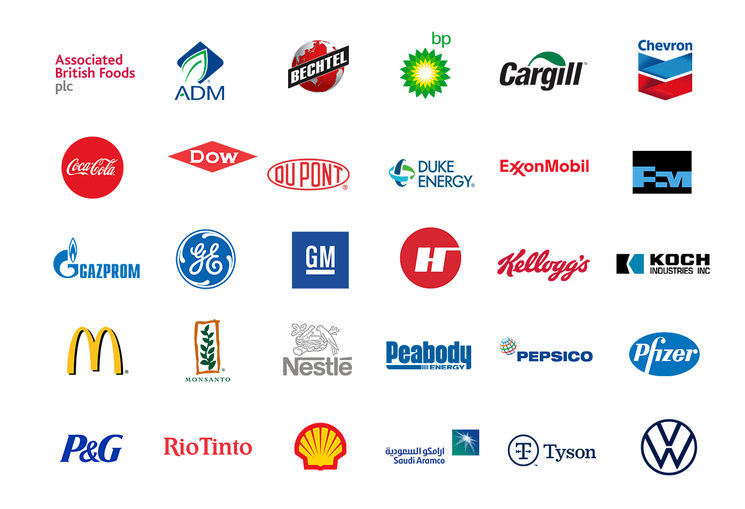 These reports are intervened by photographs of the four natural elements taken around the world, from Iceland to Nicaragua, through Canada, Iran, Switzerland, Spain or Lithuania. Volcanoes, fires, glaciers, mountains, deserts, waterfalls or great lakes that reveal the true forces of Nature.

These images are interrupted by portraits of the companies CEOs, eroded with different methods and time periods by the same elements whose companies deplete, exploit or pollute.

Finally, the book gathers an exhaustive research on the environmental crimes committed by the 30 selected corporations.

see more pages of the book

So far, STATE OF MATTER / MATTER OF STATE has taken several paths (exhibitions, performances, moving-image, etc.) and has been the foundation for conferences, workshops or European meetings. It has been shown and awarded in different open calls and festivals, such as Docs València or the Fotobok Festival in Oslo. It has also been selected by the Sala Kursala, of the University of Cádiz (Spain), to be produced during the month of May 2021. 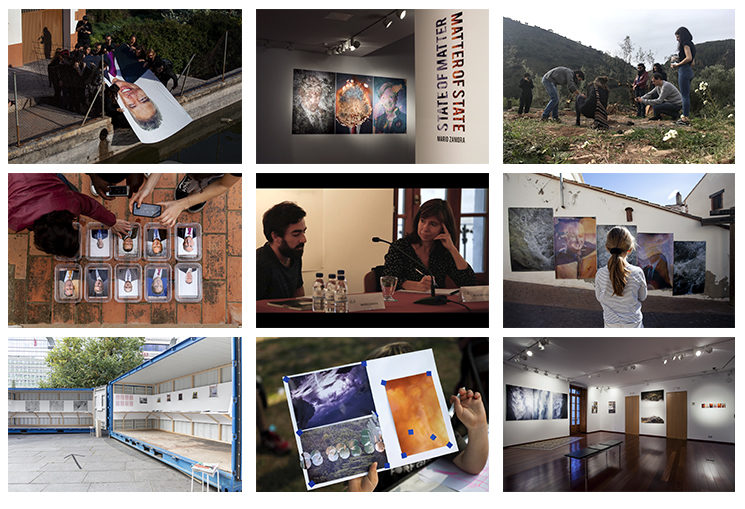 The book will be a co-edition of the Kursala and the Jaume I University of Castellón (Valencian Community, Spain). Their support has been essential to get here, but we still need your help to be able to produce it in the best conditions.

We also think believe that a crowdfunding campaign is the best way to break borders and democratize the distribution and scope of critical and risky projects.

Making such an object is not easy and requires the assistance of several professionals, including printers, prepress specialists and designers. Although the book is almost finished, more eyes and hands are needed to reach its best version. Every professional must, without a doubt, get paid for his work.

Our first goal is to run a print of 600 copies. If this is achieved, we may increase the production, reducing costs per copy. In consequence, your rewards could include some additional detail.

LOCAL MANAGER: A copy of the book straight from the printer to your home. Shipping to Spain included

INTERNATIONAL MANAGER: A copy of the book straight from the printer to your home. International Shipping included

VICE PRESIDENT (WATER or FIRE): A copy of the book and a limited and signed edition of one of the images of the project at 21x29.7cm on 310grs Fine Art Hahnemühle paper. Includes print certificate. To choose at the end of the campaign. International shipping included

VICE PRESIDENT + (EARTH OR AIR): We add two more images for the ones who pick the VICE PRESIDENT reward. You will be able to choose one of the four images at the end of the campaign

A copy of the book and a limited and signed edition of one of the images of the project at 21x29.7cm on 310grs Fine Art Hahnemühle paper. Includes print certificate. To choose at the end of the campaign. International shipping included

MEMBER OF THE BOARD: In addition to STATE OF MATTER, you will receive my two previous works. To the moon and back (a visual investigation into the cosmos of police violence) and Heaven Help Us! (a record of the language used by the press during the coronavirus pandemic and a reflection on silence). International shipping included

CEO (NESTLÉ or GENERAL ELECTRIC): A copy of the book and a limited and signed edition in methacrylate at 13x18cm. To choose at the end of the campaign. International shipping included

BOOKSHOP OWNER: 5 copies of the book with (a bigger) discount. International shipping included

At this point, I can only thank you for the time you have spent reviewing this project, and I wish you found it interesting enough to support it. That will be the only way to make it happen.

The project has also an epilogue in the form of an audiovisual essay, awarded in several international festivals, that has been carried out together with Pau Berga and the Almedíjar community. I would like to end with it:

First of all, I want to express my… read more

MEMBER OF THE BOARD