An indie feature by six friends and film students from Universitat Pompeu Fabra.

6€
12 backers
Start Of Something New 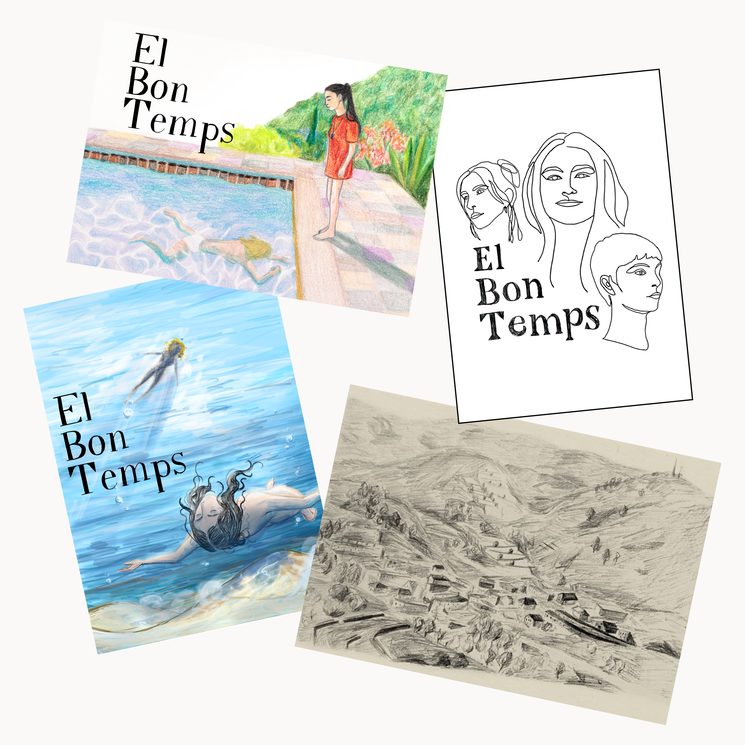 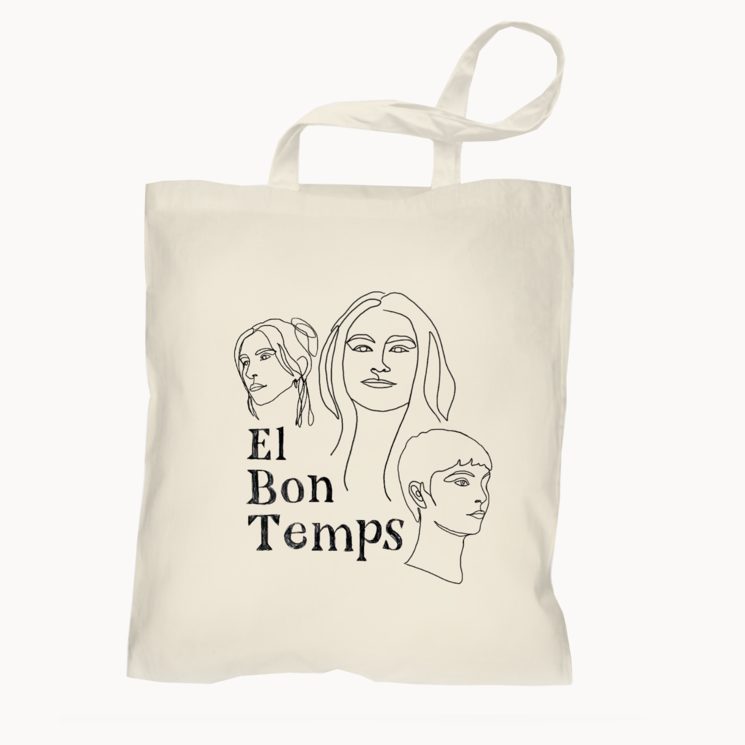 40€
9 backers
What I've Been Looking For 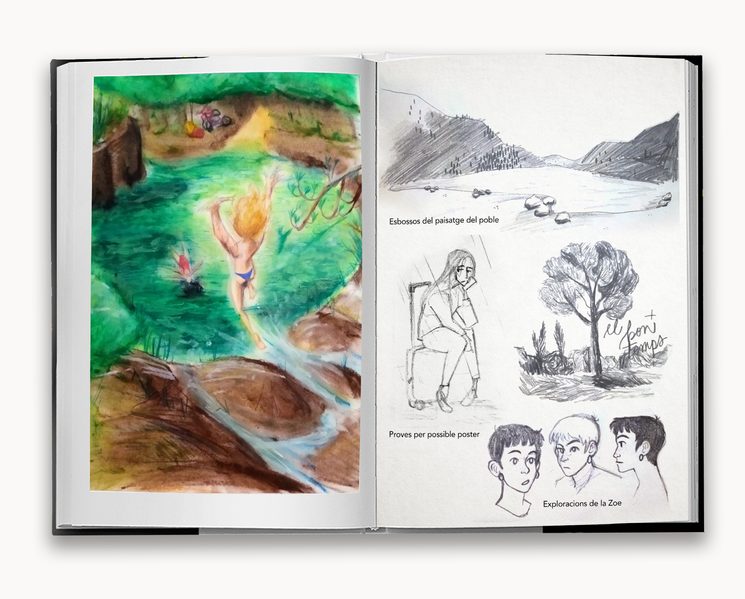 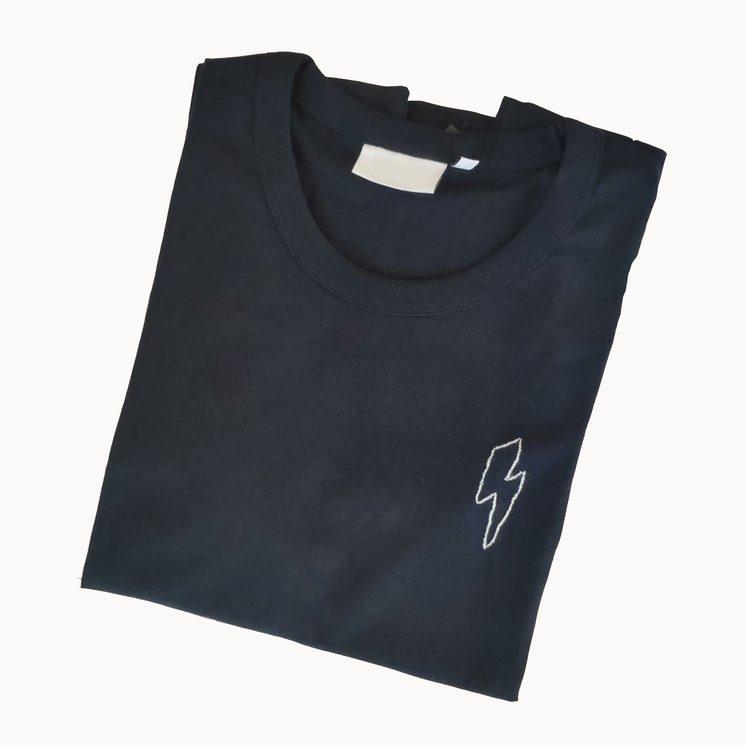 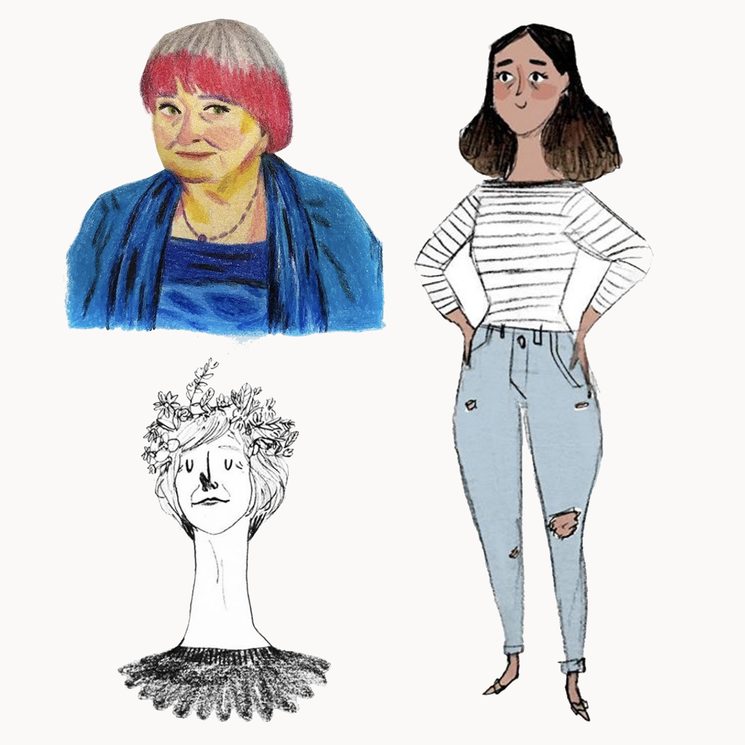 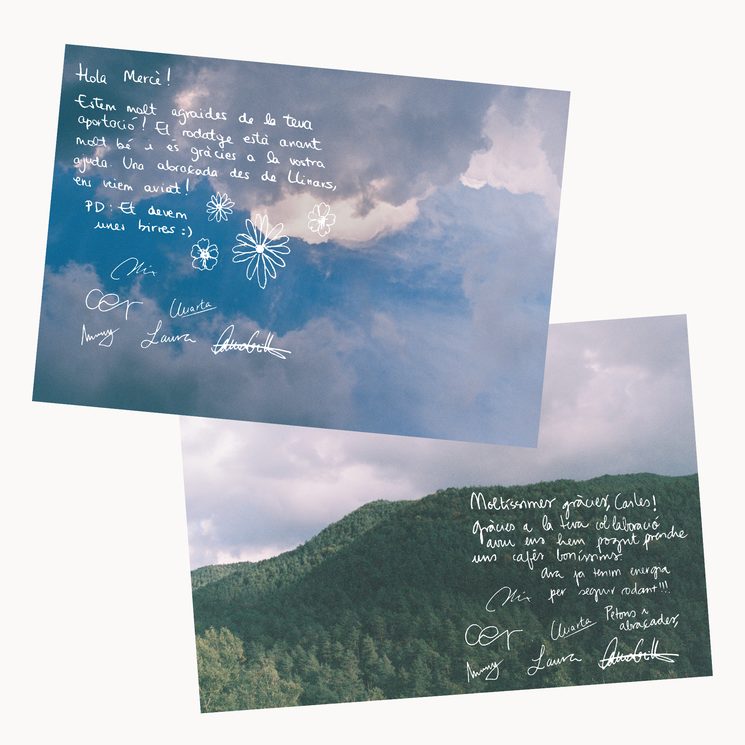 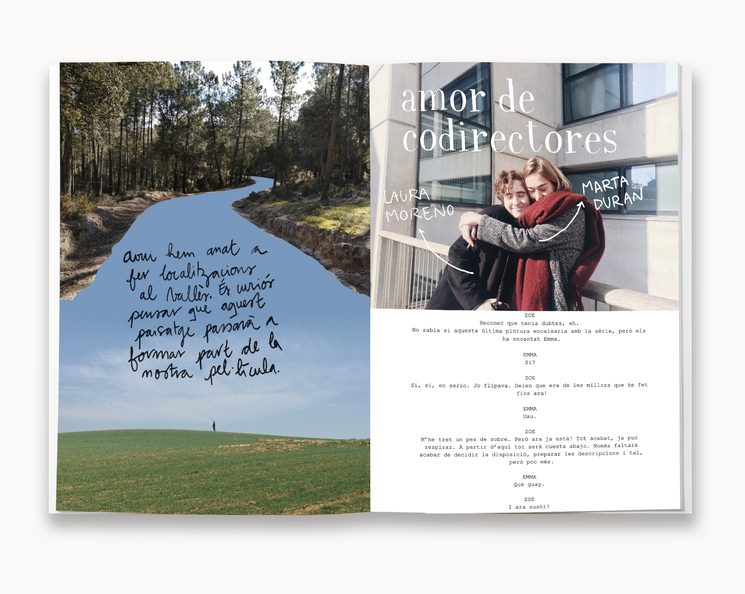 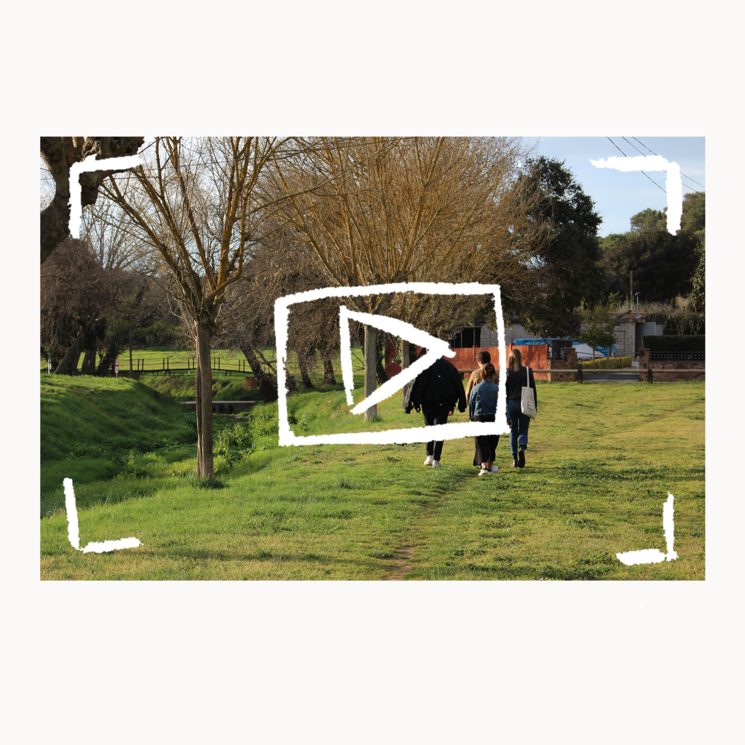 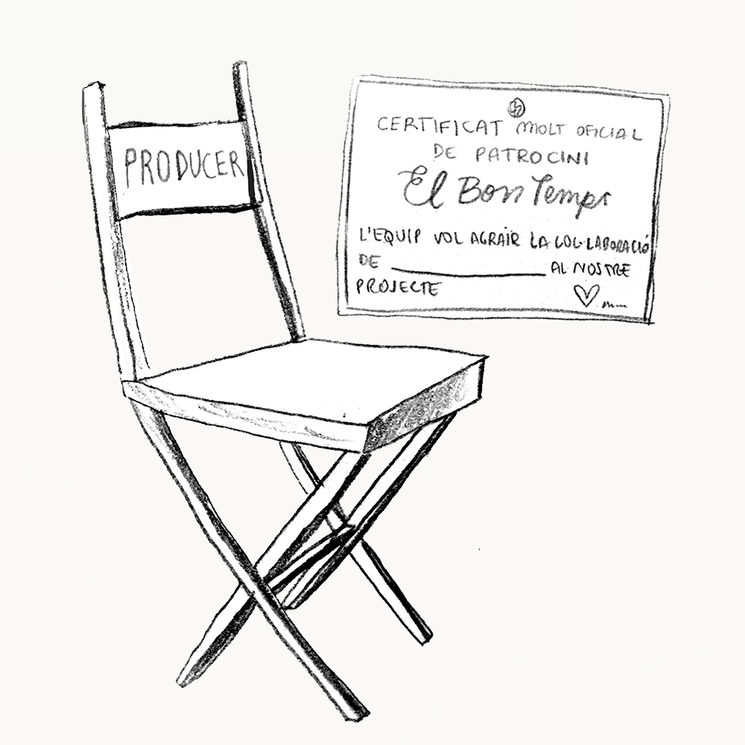 Early bird: the first 10 people will receive all the perks from the What I've Been Looking For for 10 euros less!

Emma is not doing too well. On top of having just been fired, her partner, Zoe, tells her they should take a break. She finds herself back in her hometown, trying to fill up the pages of her sketchbook and face the situation she's in. Luckily, she will meet Lina, a very peculiar girl in whom she'll find a good friend and someone to go on adventures with.

El Bon Temps is our final year project. After four years of studying film at Universitat Pompeu Fabra, we've not only formed a wonderful friendship but also a great professional team and work-dynamics. We hope our Verkami (crowdfunding campaign) will help us finance the first half-hour of the movie, a "teaser" with which we could potentially find the necessary support to complete the production.

El Bon Temps is a project about a state of in-betweenness, art-block, returning home and living fun adventures in the woods. It's a chance to make our voices heard as young creators and to convey our personal styles, ideals and experiences.

The illustrations on Emma's sketchbook are a key part of the movie, they reflect our protagonist's emotional journey. We want to translate her experimentation as she strives to find a personal style, into on-screen animations, which will also represent her thought process. 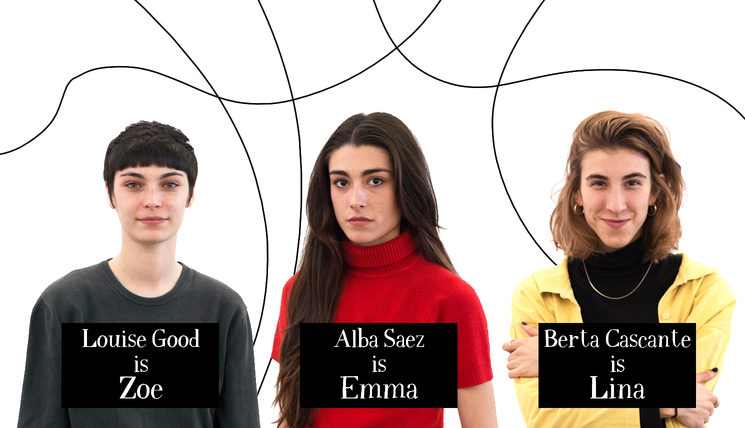 We're Anna, Aleix, Camila, Laura, Marina and Marta. The six of us met studying film at UPF, and have worked together on a series of projects through the years. This movie and the team we've come to form are the result of four years of friendship, shared ideas and experiences. Each one of us brings a unique point of view to the project, as well as playing a different role in the process. 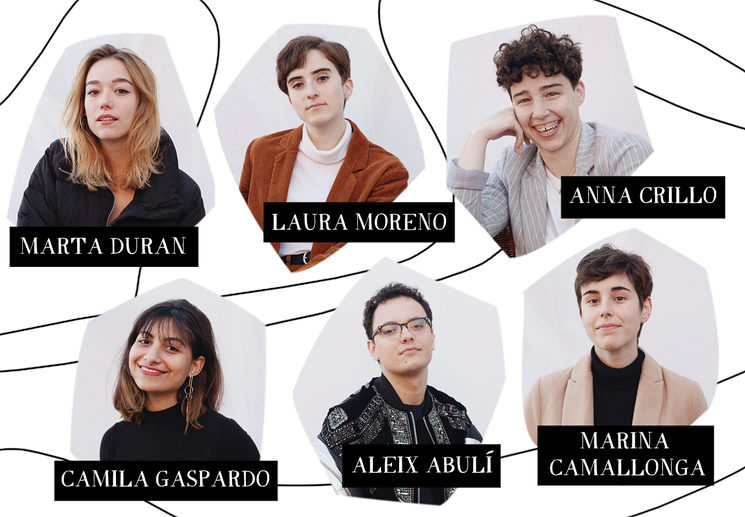 She wrote and directed the short documentary 224, which approached the bombing of Granollers during the Civil War from a very personal perspective through her grandfather's memories. She was a production assistant for the feature film Los Herederos, Production Manager for the short film Senex and participated in the short documentary Rym. She's currently an intern at Minoria Absoluta, partaking in a project that shares her enthusiasm for activism.

Passionate for illustration and animation (one of the reasons our film celebrates these arts), she participated in the creation of the short-documentary Rym and was director of photography for the short film Senex. She took a course in digital illustration at Joso and is currently an intern at Zumzeig cinemas.

She is currently participating in the production of Mr. Miyagi's Isaac (feature). She wrote and directed the short documentary Nice Bodies and took part in the creation of the short documentary Rym. A TV-series, book and CrossFit enthusiast without whom we'd have no one to carry all the heavy technical materials.

He wrote and directed the short documentary Ciutat i Selva, which received the SGAE award for Best Screenplay in the Nova Autoria (author revelation) category at Sitges Film Festival. He was the art director for the short film Senex and is currently an intern at Zumzeig cinemas as well as a character design and graphic narratives student and Joso school of art.

She was director of photography for the short film Senex and took part in the creation of the short documentary Rym. She's currently an intern at A Bao A Qu, where she collaborates with the projects Cinemaencurs, Fotografiaencurs and En Residència. She is a collaborator for the final project Moving Dependency by Marta Ros. In her spare time she enjoys practicing her illustrations and graphic design.

She took a course on cinematography at ECIB and made good use of what she learned there in projects such as the short film Senex and the short documentary Rym. She is also a photography (particularly analog) devotee. She was an intern for Massa d'Or Productions (*Pa Negre, Incerta Glòria*).

We also count with the support of:

And the team continues to grow! 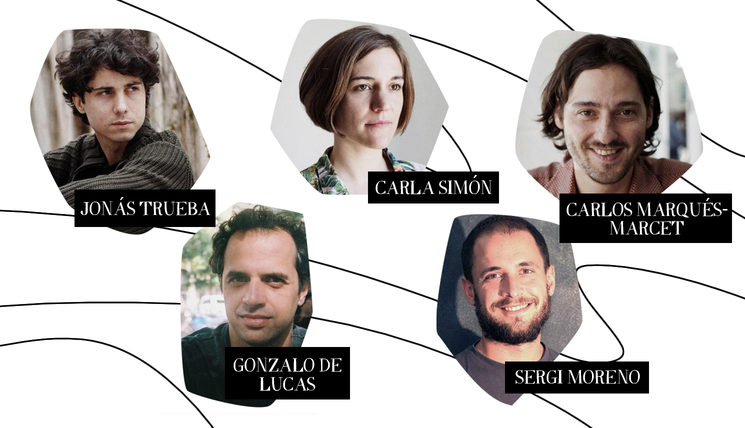 Your contributions will allow us to cover the costs of the first half-hour of the production. They will be distributed as follows: 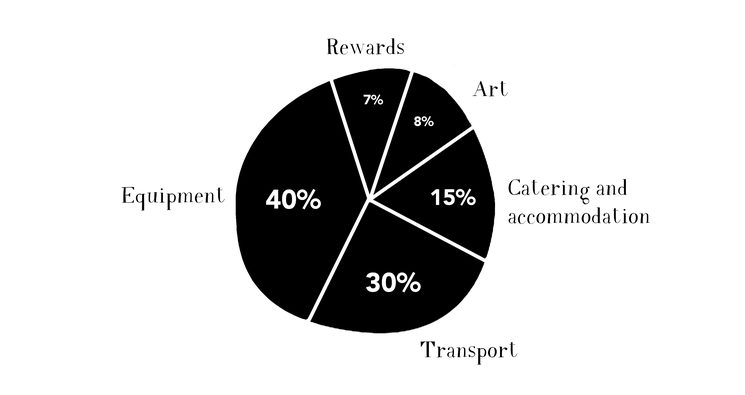 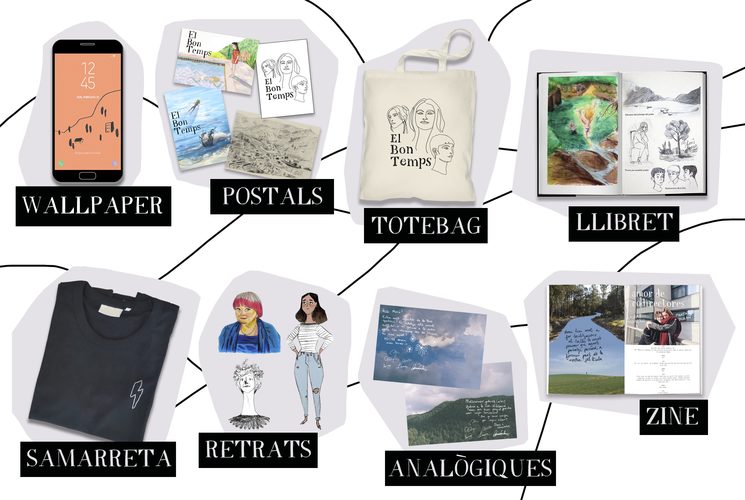 – Thanks: a thank-you video from the entire team for helping us make the project possible
– Credits: your name will be featured in the end-credits as a contributor
– Download: you will receive a digital copy of the project (first half-hour of the film).
– Wallpaper: three exclusive wallpapers for your mobile devices (reference photo)
– Postcard set: a selection of illustrated postcards designed by different members of the team
– Totebag: a customized totebag with El Bon Temps design
– Concept-art book: a digital collection of never-before seen sketches, ideas and illustrations from the creation process (costume design, poster ideas, animation frames)
– Custom message 35mm picture: analog photograph from the set of the film with a personalized message
– Custom portrait: a portrait of the contributor drawn by a member of the team
– T-Shirt: an exclusive t-shirt with an El Bon Temps design
– El Bon Temps Zine: a compilation of pictures, notes and texts from the process of creation of the movie
– Making Of: exclusive footage from every part of the process with commentary from the creative team
– Sponsorship: you will be credited as an official sponsor for El Bon Temps

Verkami: You get to chose the right contribution for you, pick the perks you like best and become a patron! If we reach 100% of our objective, El Bon Temps will be a reality and you will receive your perks.

Share the project: Even if you can't make a monetary donation, every bit of help counts. Don't forget to share the project with your loved ones, your friends, your enemies, everyone and anyone you meet. The more people know about El Bon Temps, the more chances there is the project will get made.

6€
12 backers
Start Of Something New

40€
9 backers
What I've Been Looking For

Early bird: the first 10 people will receive all the perks from the What I've Been Looking For for 10 euros less!