Without a soul, music is not music at all. A short film by ESCAC Films

Prelude is a very personal story about priorities: choosing between one’s passion for the arts and one’s life beyond that. In it, we talk about classical music, a not-so-visible discipline which we want to claim the place of with the help of our protagonist: Víctor, a 22-year-old violinist. With this project, we aim to give young musicians and classical music the visibility and recognition they deserve today. 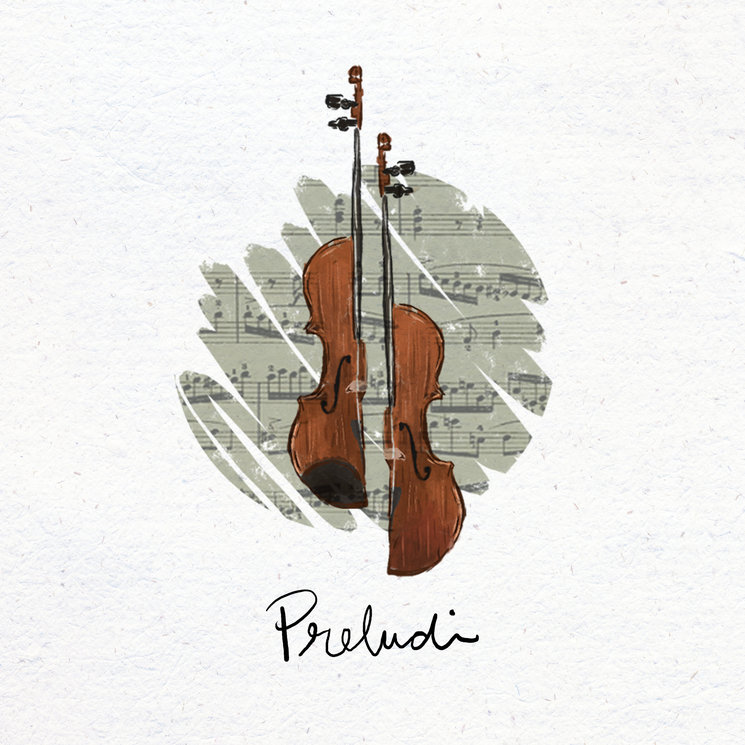 ABOUT THIS SHORT FILM

Prelude is the final year’s short film project of a group of ESCAC (Catalan Centre for Advanced Studies in Cinema and Audiovisual Media) students. Among the 35 projects summited, a jury made up of industry professionals chose only 10. Prelude is one of them and it is produced by ESCAC Films, S.L.U.

Víctor is in his last year of his Violin Studies and is about to perform his last recital. During his years as a student, he has put his family and friends aside to focus entirely on his true passion. Now that the first defining moment of his future professional career is approaching, he feels emotionally blocked, unable to play his piece well. Víctor will have to make amends with his close ones, those who have supported him and have been by his side, in order to feel at peace with himself. He will have to remember who he really is to find the right emotional balance that will allow him understand music and life in a much healthier and human way, and carry on with the concert.

WHY DO WE MAKE THIS SHORT FILM?

"Music has always played an important role in my life. I started studying music at the age of 3, and until I was 18, the Conservatory was my second home. However, I had never filmed a short film about classical music, so I knew I wanted to for my ESCAC’s final project. In order to find a story to tell, I had to explore what I had within me and see what I needed to tell at that precise moment. It was an easy task. I wanted to reflect on the difficult transition I am facing now: from student to young professional, and all the hesitations, expectations and projections of myself that it entitles.

And then Prelude was born, after numerous interviews with violinists, months of research around Music Centers, and many rewritings of the script. We are on a long journey that has just started and we’ll defend it until the end. Not only do we feel identified with the story and believe in its power, but we also believe classical music and young musicians have not been portrayed enough in film, so we want to contribute in any way to give them the visibility they deserve."

The team behind this project is a group of students that have been working hand in hand for the last four years. We have made over ten short films together, as well as music videos and fashion films.

The music indirectly becomes one of the main characters of this short film, considering that everything revolves around the prelude Víctor has to play at his graduation recital. So as to give it the importance it deserves, we decided said prelude had to be an original composition.

Our compositor is Fernando Furones, who was responsible for the music of the feature film Isla bonita (Fernando Colomo, 2015) and has worked in the musical department for popular films such as Loving Pablo (Fernando León de Aranoa, 2017) or The man who killed Don Quijote (Terry Gilliam, 2018). Moreover, he’s been part of our team before, since he composed the score for the short film Un instante (Adrià Guxens, 2017).

Here you can see him conducting the Vienna Symphony in London while they are playing his own music:

On a different note, one of our goals is to give music a presence beyond its audio level purpose. This is why we’ll emphasise sounds that we hear when we draw a bow across the strings or when the wood crackles. The prelude Víctor is supposed to play will serve as a common thread, so we think the best practise is to only compose this piece and let the rest of the film breathe. We’ll add drama with the sounds, not the music.

To achieve this atmosphere, it is mandatory to have a special musical sensitivity beyond the technical knowledge. This way, it is vital that our sound designer Jordi Font is also a musician.

The film production company (ESCAC Films S.L.U.) will provide us with the basic equipment in terms of camera, lightning and sound, as well as financial support that will cover part of the shooting and post production costs. However, our short film has other needs that can’t be covered with the budget we currently have.

Where will the funding go? 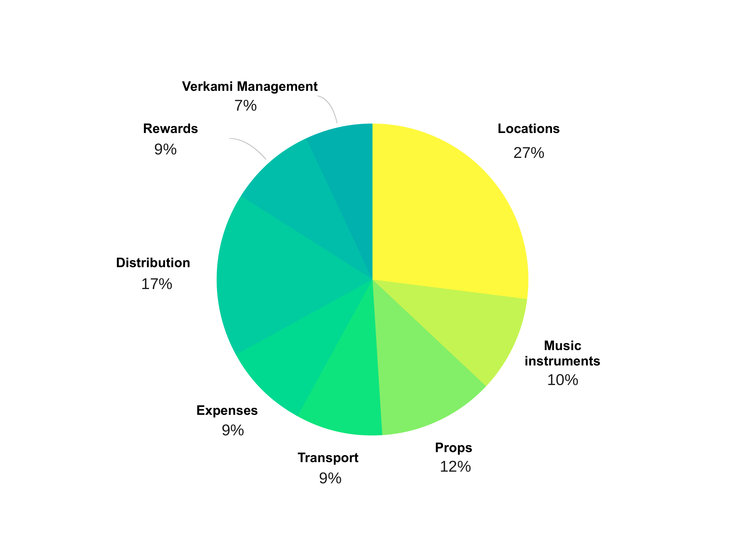 All our backers will get their names in the credits and will be invited to our short film’s screening at Cinesa Diagonal de Barcelona (until seating capacity), which will most likely take place around February/April 2019. All the cast and crew will also be there (depending on availability).

Other rewards include the possibility to watch the short film online before its official screening via a link that will expire after a while; the original prelude’s sheet music and the short film’s script in a digital format; a signed poster by the director and the protagonist; a tote bag; a blank sheet music notebook and a t-shirt; a tour around the set; an invitation to the wrap party or a private dinner with the team where we’ll watch the short film before its screening and you can ask us everything you want to know!

In case you’re interested in one of our rewards that will need the backer to travel (to go to the shooting, the screening, the wrap party or the private party), please note that you will need to cover the cost and come by your own means.

The physical rewards will be given to the person when they come to our shooting, the wrap party, the private dinner or the screening at Cinesa Diagonal in Barcelona (depending on what reward you choose). In case you cannot come to any of these events, shipping costs are not included.

The shooting will take place between the 27th of July to the 6th of August 2018. The editing will start once the shooting is done until the end of October 2018. After that, we’ll start working on the VFX and audio post production process, which we think will be done by the end of January 2019. The following steps will involve the sound mixing and colour correction. We think the short film will be ready by the end of February 2019. This timeline may vary since each post production phase needs to be given the go-ahead by ESCAC Films in order to start the following one.

We want Prelude to get to as many people as possible and as far as possible. This is why we believe that the best way to achieve this is by showing our short film to a large number of festivals.
Our goal would be having our premiere at one of the A-class festivals around the world ( San Sebastián, Cannes, Berlin, Venecia, Karlovy Vary).
In order to give our project as much visibility as we can get, our aim is to hire a short film distributor to help us create a strategy around festivals.

We believe we have achievable goals due to the fact that we have previously had some of our short films shown at important national and international festivals. Below you can find some of them:

If you have any queries or want further information, please contact us at: produccio.preludi@gmail.com