Alix Gentil's directorial debut about ghosts from the past and belonging. Two sisters with opposite fates: Eva left – Iris stayed. What happens when Eva comes back after disappearing for so many years?

with the DIRECTOR of the movie - in Barcelona (in Fr, Eng or Sp)

Exclusive POSTER of Sloughing for Verkami, signed by the director, Alix Gentil
+ exclusive HD download
+ thanks in the credits

PERSONALIZED ACTING training of 2h with the DIRECTOR of the movie - in Barcelona (in Fr, Eng or Sp)

"I WAS IN THE MOVIE SLOUGHING"

One week TRAINING for MOVIE ACTING in FRENCH in Barcelona (10-14 of July - 10-14:00) with the DIRECTOR at SILBERSTUDIO

Become a SPONSOR of SLOUGHING

Your contribution will be considered as a donation and you will appear as a sponsor in the closing credits.

FOR COMPANIES OR ENTITIES

PROP from the MOVIE - parents' painting

PERSONAL SHOPPING for 2h with the movie's wardrobe artist, Lisa Angelescu - in Barcelona

GENESIS of the project

Sloughing is a very personal project from its director, Alix Gentil, inspired among other things by many years living abroad – 2 years in the States – and eight years in Barcelona, where she still resides.

This Franco-Spanish story first took the form of a short story, and then became a feature film throughout Alix's repeated trips from her native land to her adoptive one.

The theme of coming home has always been quite present in Alix’s life, and in those of the people around her in Barcelona. It’s a very cosmopolitan city where people come and go. Coming “home” means going back to a place that apparently stays the same, and yet life goes on. It is both familiar and strange.

Sloughing is a movie about two sisters - Eva and Iris - with two very different paths: the former left, the latter stayed. 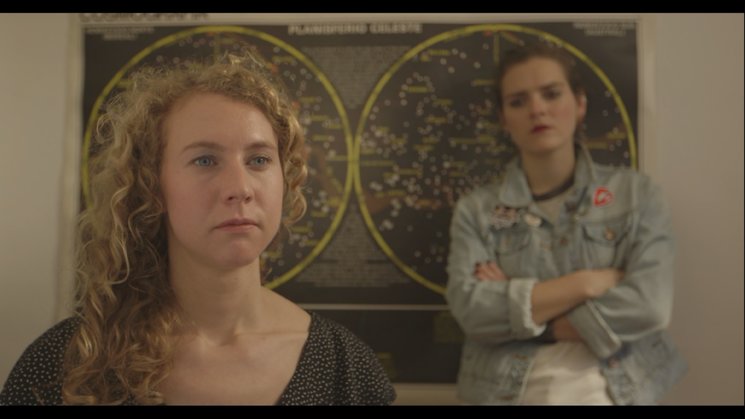 Eva (30) returns to her parents’ home after willingly disappearing a few years back. No one thought she would be coming back, and even her parents don’t know if they’re happy or if they should fear an upcoming departure.

Each reencounter is a new challenge for Eva, everyone has gone on with their lives: Iris, her younger sister, Tomás, her ex-boyfriend, her friends.

Eva looks for a way to find her place in an environment where she’s always felt confined, whilst Iris is looking for her place in the world, trying not to define herself through her life’s great tragedy, her sister’s disappearance.

THE CHARACTERS and their relationships 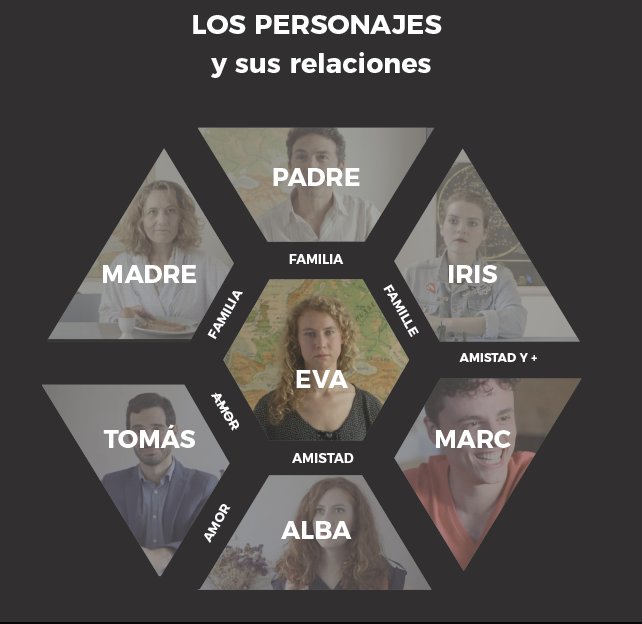 What is your contribution for

Your contribution to this campaign will be used to cover pre-production and shooting expenses:

The actors, the art and technical crews have agreed to cooperate without pay, which consequently reduces the real cost of the movie.

A French production company has already demonstrated its interest to collaborate with us to look for funds in France for broadcasting the movie.

For you guys who support us, there are all kinds of rewards! Experiences, activities, souvenirs... 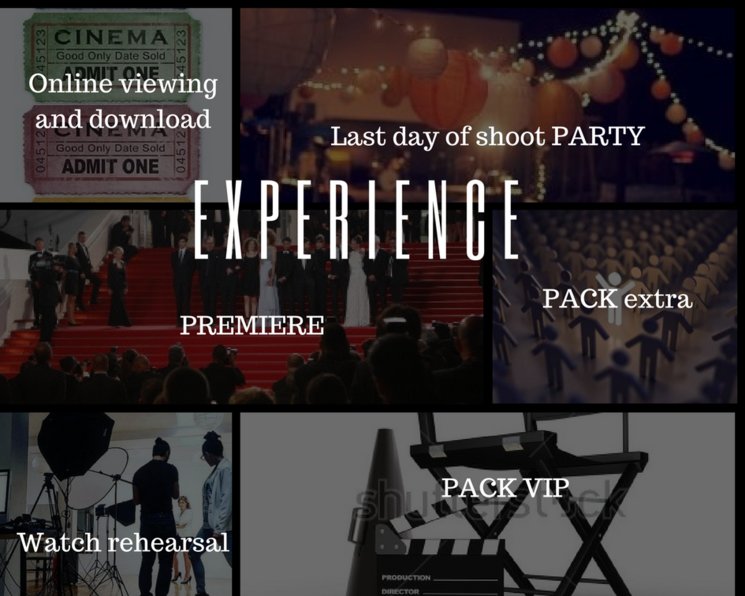 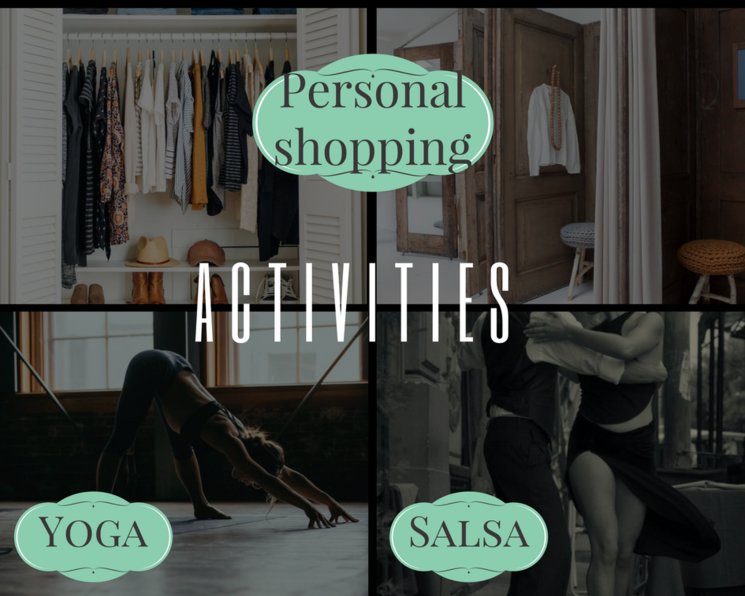 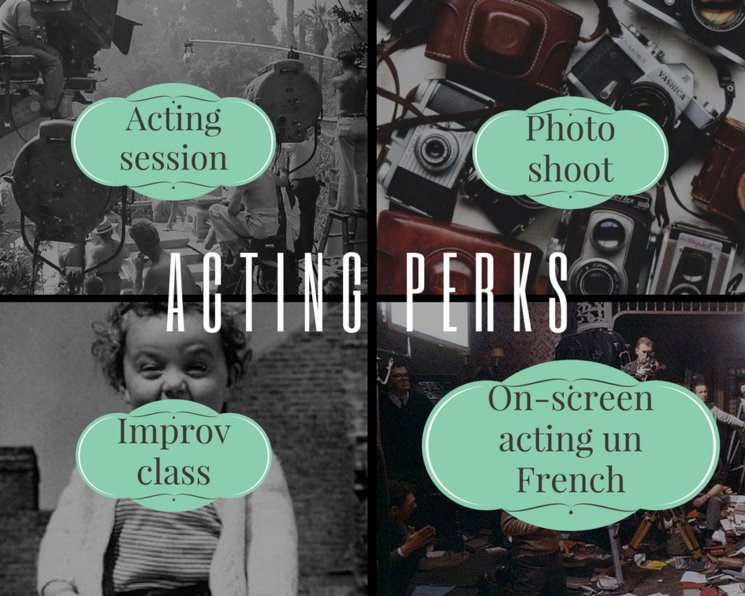 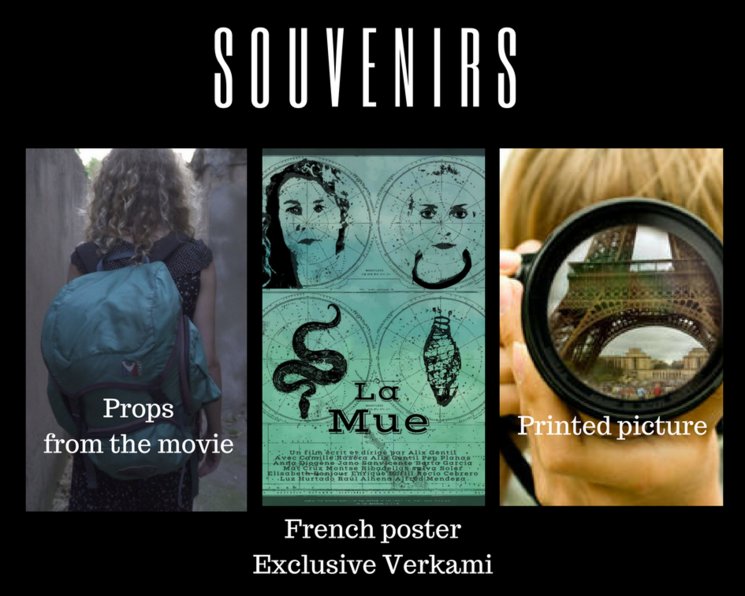 We will be shooting the movie in Barcelona in September – 4th-24th of September 2017.

Considering the budget, we plan on having the film edited, color corrected and masterized by September 2018. 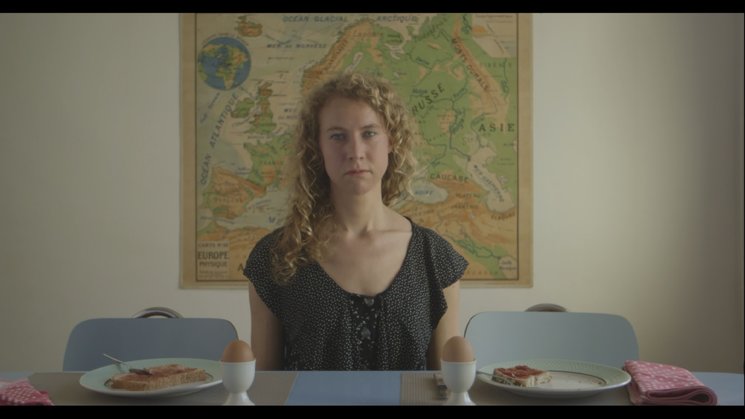 Camille was born in France and trained as an actress at the Royal Conservatory of Mons in Belgium and at l'Institut del Teatre in Barcelona (through an Erasmus exchange).

She's an actress and a director, and she works between Barcelona, Brussels, Paris and Luxembourg.

She has acted in classical plays ("Les femmes savantes" by Molière for instance) and in more contemporary ones, as well as dance-theater performances.

Sloughing is her first feature film. 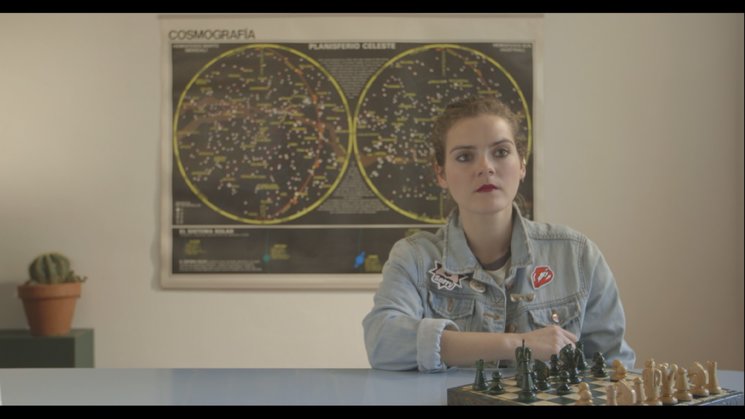 Alix Gentil studied theater at Jacques Lecoq international school in Paris, and on-screen acting in Barcelona at Silberstudio, and in NYC with Susan Batson.

She’s an actress, an acting coach, and an improviser, and performs in English, Spanish and French.

Her audiovisual experience is mainly on-screen - she’s played in many shorts, series, webseries and feature films. 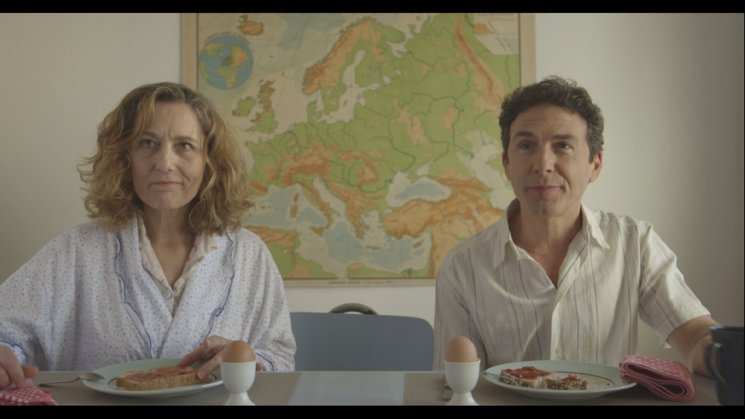 Pep trained at l’Institut del Teatre, at the Conservatoire National Supérieur d’Art Dramatique in Paris – where he lived for 5 years thus having the opportunity to work with great names such as Matthias Langhoff, Jean Reno, Lluís Pasqual or Gérard Desarthe – and at a Professional Theater Training Program in Milwaukee, USA.

He has always combined his career on stage, having worked with the Spanish main directors, with audiovisual works. He has appeared in many feature films and TV series.

Anna trained as an actress at the school Nancy Tuñón in Barcelona, and with directors such as Dominic de Fazio from the Actors' Studio in NYC, John Strasberg or Dugald Bruce Lockhart, amongst others. She also has a danse training.

She has also acted in TV series of different European countries, and has participated in many cinematographic projects at a national and international scale.

Anna also works as a radio speaker and a dubbing actor. 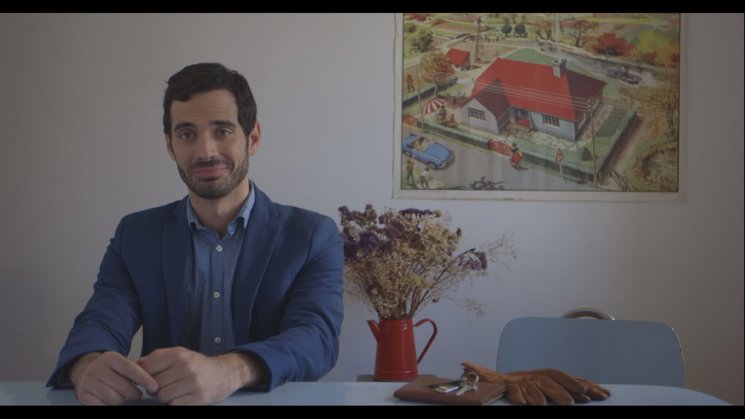 He has also trained on-screen and as a stuntman.

Jano lived in Madrid for 5 years where he has been present in the Off and On theater Circuit with his company LaCanoa Teatro and other troups. In 2013 he wins the Mi butaquita award for best supporting actor for Tape. He has starred in feature films such as Ligones and has also worked as a director with his play Dios contra Eva Eisenberg. 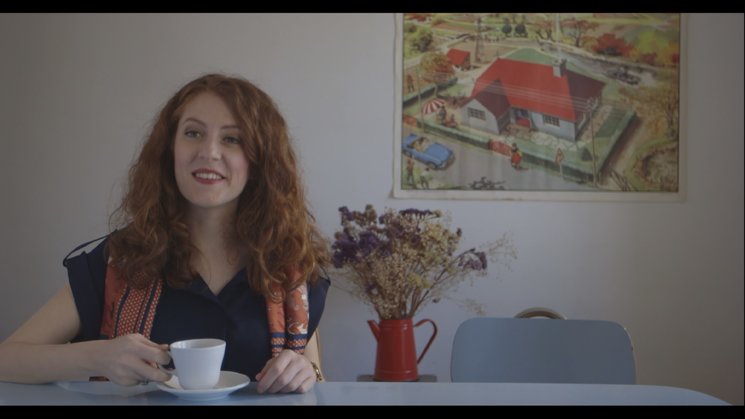 Berta was born in Barcelona, and trained as an actress at l'Aula de Teatre, Estudis de Teatre Berty Tovías and at Estudio Corazza for actors. She has complemented her training with clown classes (Gabriel Chamé) and dance (Sol Vázquez y Mercè Grané).

She has worked on stage and for television.

She was in the play "Miedo o Soltar" by Elena González-Vallinas, which premiered at the LAVA in Valladolid, and was selected for a festival in Madrid. Berta also acted in micro-theater pieces called “El Elegido” directed by Juan Gregori and “Sólo puede ir a mejor” directed by Sara Palomo, for which she won the award for best actress in a festival.

She has participated in various shorts, one of which is “El factor miedo” directed by Javier Gómez (Nominated for 'best 1minute short' in London Shows Film Festival). 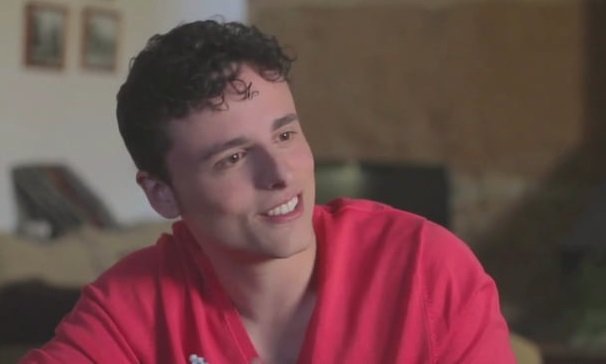 Actor from Barcelona with base in London, ​​Mat Cruz makes his debut with "Natasha" (2014) by Sandeep Raisinghani and in 2016 plays a supporting role in "Puppet Master: Axis Termination", the last feature film of a saga directed by Charles Band, in Los Angeles, USA.

He was preselected for playing a lead in the HBO's TV Movie "Virtuoso" and in 2016 played a supporting character for the new Diesel International Campaign with Boyd Holbrook ("Narcos", Netflix). 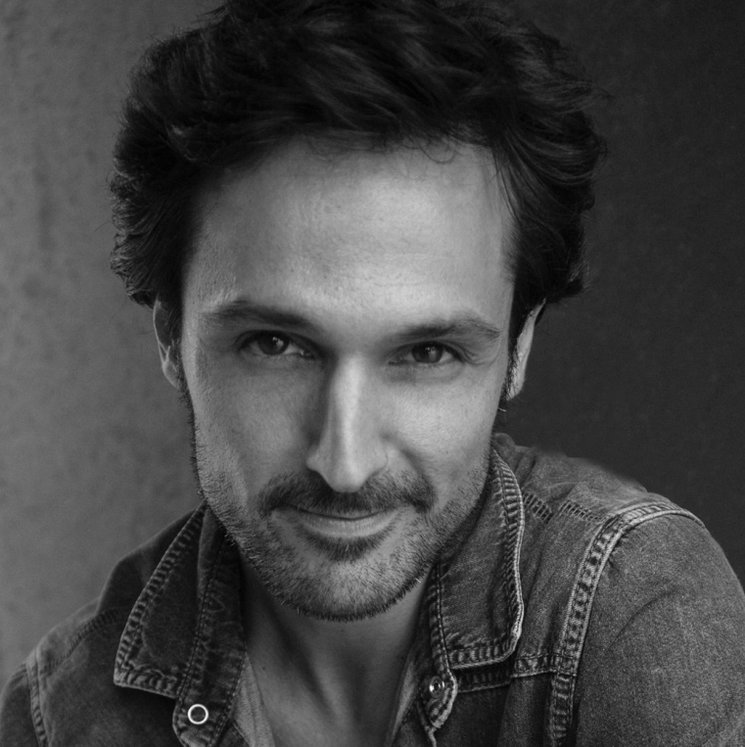 Raúl trained movie-acting at Silberstudio in Barcelona and mainly works as an actor.

His participation in many shorts, series and feature films stirred his curiosity on storytelling through film. This is what urged him to create and manage the production company 3ffecto Film Studio.

He currently collaborates in the production and directing of different personal and external projects in which he also participates as an actor. 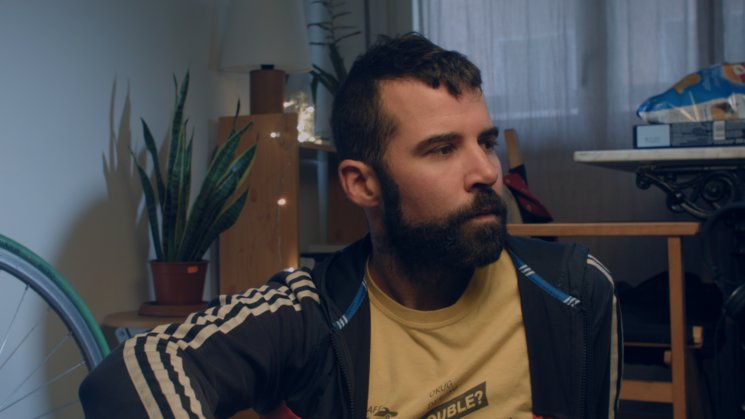 Chema trained as a DOP and documentary filmmaker at ESCAC in Barcelona.

His passion for cinema has brought him to be part of a great number of projects, from fictional ones to documentaries, in places such as Spain, Ethiopia, India or Koweit.

His first feature film as a DOP, "EME", is currently in post-production. 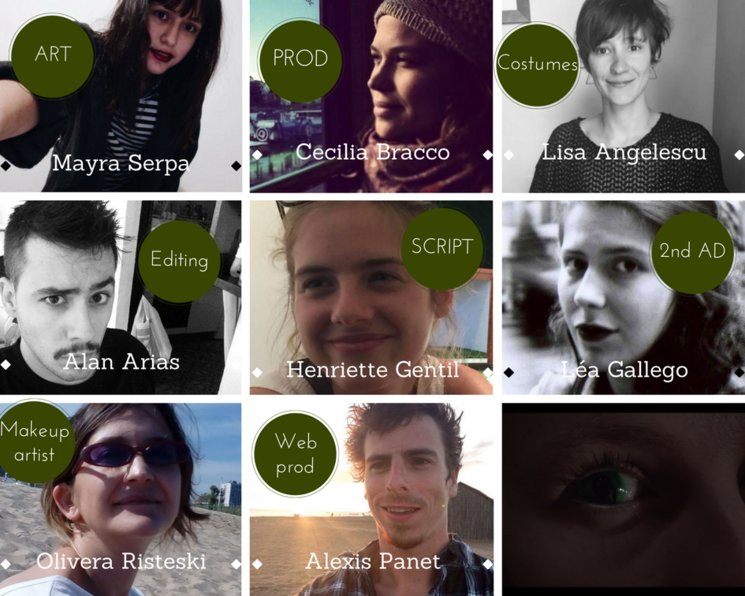 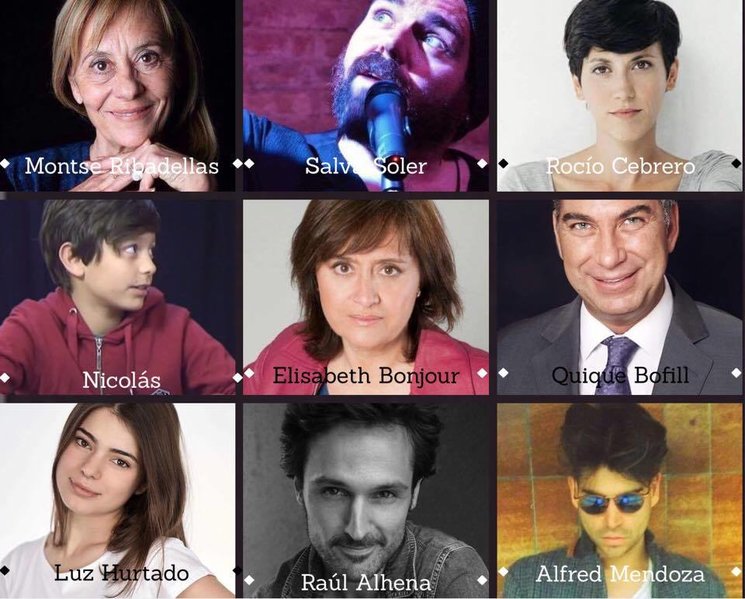 Without their trust and support, this project wouldn't be where it is today. Thanks you! 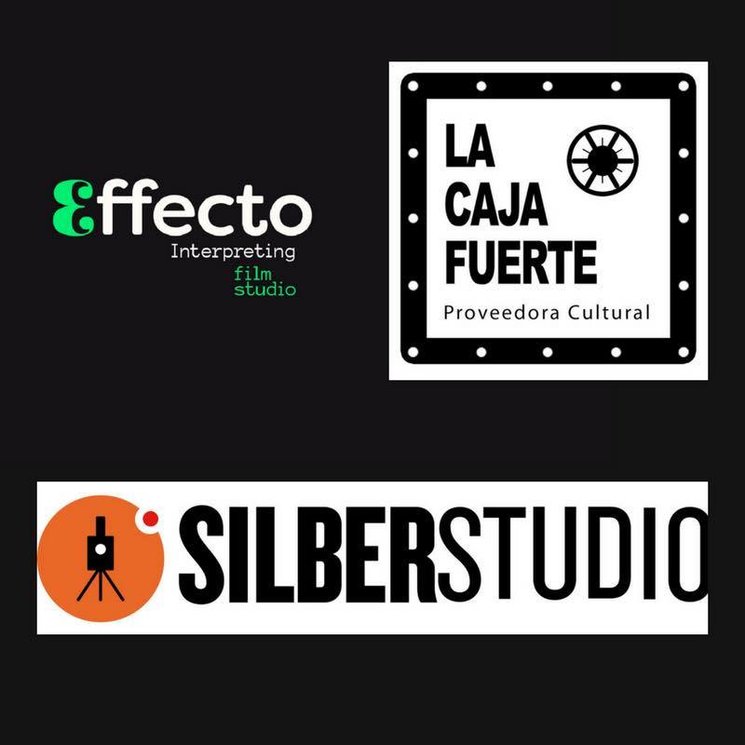 [Message en français plus bas / Message in English below]

with the DIRECTOR of the movie - in Barcelona (in Fr, Eng or Sp)

Exclusive POSTER of Sloughing for Verkami, signed by the director, Alix Gentil
+ exclusive HD download
+ thanks in the credits

PERSONALIZED ACTING training of 2h with the DIRECTOR of the movie - in Barcelona (in Fr, Eng or Sp)

"I WAS IN THE MOVIE SLOUGHING"

One week TRAINING for MOVIE ACTING in FRENCH in Barcelona (10-14 of July - 10-14:00) with the DIRECTOR at SILBERSTUDIO

Become a SPONSOR of SLOUGHING

Your contribution will be considered as a donation and you will appear as a sponsor in the closing credits.

FOR COMPANIES OR ENTITIES

PROP from the MOVIE - parents' painting

PERSONAL SHOPPING for 2h with the movie's wardrobe artist, Lisa Angelescu - in Barcelona