VerdCel is willing to release a new album by 2017. This new work will include a book and an LP. The main element is 'Earth'. The great Carles Dénia is joining Alfons Olmo's current team. Be a part of it, help making it possible and find out all the details of this new adventure. Will you join us?

NEW BOOK AND ALBUM BY VERDCEL.

After 'Els dies del Saurí' and 'Argilaga' (water and fire) the main element is 'Earth'.

The great Carles Dénia is joining Alfons Olmo's current team, with the purpose of taking the songs back to its roots.

We would love to gradually unveil the details together of this new adventure, from the title to the last verse of the last song.

The book will be masterfully illustrated by Daniel Olmo.

Will you join us?

We would love to count on your impulse in the latest steps of creation, by offering this new album + book and a list of rewards so you can make it your own, be a part of it and help it see the light.

Last spring began the structuring of the texts and musical annotations, as well as the creation of the first songs, which were fully composed in summer, simultaneously with the path of the book which complements this new work.

During the fall and the winter, we have combined the work at the rehearsal space and the preproduction with Carles Dénia, who was fully involved in taking part of this challenge and contributed to lay the foundations of a brand new musical direction. Carles offered the ultimate orientation towards the roots, which are the north of this new musical travel which, from the singing-songwriting, embraces the different traditions from all over together with its particular modern touch.

We started at the recording studio in late January and are currently working on the recording. Some recording, mixing and mastering of the album is still left.

Simultaneously, the work on the book continues: the texts, the storyboard and the illustrations by Daniel Olmo Boronat.

The production of this work is full of sentiment and devotion, and we are convinced it will be worth it, both as a book and an album.

We expect to have the rewards ready on the release day, 6th of April 2017, and start the shipping as of that day!

At this very moment we are facing the final line of the project. Your help now is crucial to make it possible and give meaning to it.

Creating a new work means being aware that you are there, alive with us, so we can feel alive with you. This is why we start moving, motivating, thinking that, what we gestate long ago will finally become something real, thanks to sentiment and emotions.
The work is never completed until it is listened to, watched, felt by others. It is not a topic, we truly believe it: the work is finished when someone else reconnects all the parts of a text, a drawing, a song, an album, with their interpretation.

Everything needs to be drawn, written, tracked and slowly sculpted, highlighting the set off. Sharing that emptiness, the final set off is the reason why we do it, what encourages us. Empathizing as human beings through different expressions is what fills us with illusion, enthusiasm, the main gas.
Knowing your thoughts is essential for us to know this makes sense, to know you are there, and we are here.

Your silence is natural, it is a part of being together, but there is a time for everything. If you participate, if you make it possible, if you get to know the project and finally let us know your thoughts, the wheel will speen on, stronger than ever!
Now is the time to feel close, very close.

Time has come for us to find and meet again, in other faces, in the trees, the oceans, the smiles, the mountains, through the desert, the bites of life, drinks of passion, bad times we deconstruct together, so we understand each others and re-building like a crab, our house and the sand from the beach near the broken wave... we will need to invent or reinvent or recover, light up, reconnect. 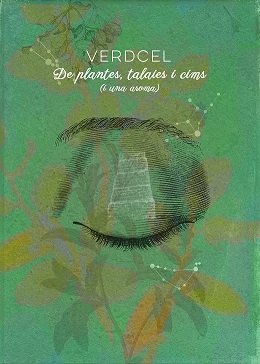 CONCERT AT YOUR PLACE

-Acoustic concert at your place (expenses and diets not included).
-New Book and Album VerdCel 2017 (CD + MP3).
-Movie Journey: Distance is no Frontier in DVD.
-Exclusive illustration (20x30) 2017 signed by the author.

CONCERT AT YOUR PLACE

-Acoustic concert at your place (expenses and diets not included).
-New Book and Album VerdCel 2017 (CD + MP3).
-Movie Journey: Distance is no Frontier in DVD.
-Exclusive illustration (20x30) 2017 signed by the author.