We're Duerme Simón and bendita valentia is our first record. This is the greatest adventure we have ever faced. We want you to make this adventure possible.

This is a project with only one goal: to write songs that haven't been written before, songs with meaning, and to enjoy it along the way. But, ask yourselves. Who are DUERME SIMÓN?

Our story started almost four years ago, a long time before what we are today. In autumn 2012 Virginia Montaño (vocals, keys) arrived in Madrid in search of inspiration. With a handful of songs and a growing repertoire she recorded various demos that saw her playing on many stages around the peninsula, and a small tour with fellow singer-songwriters. In January 2013 Álvaro Molinillo (guitar/production) was brought in, who had also come to Madrid with his own musical project. 2014 was spent honing their craft, shaping their songs, and evenings producing. Those evenings producing lead to their decision to book various dates with an old friend Daniel Doval on drums. With those songs, the 3 of them formed a project called 'Índigo' and the songs really became what they deserved to be. March 2015 marked the arrival of Uriel Morales (bass, synths & production) and the departure of Doval from the project. At the start of 2016 we realised that Duerme Simón’s missing link was our youngest member Josh Hannaby (drums), who brought extreme dedication, accuracy and new influences to project. 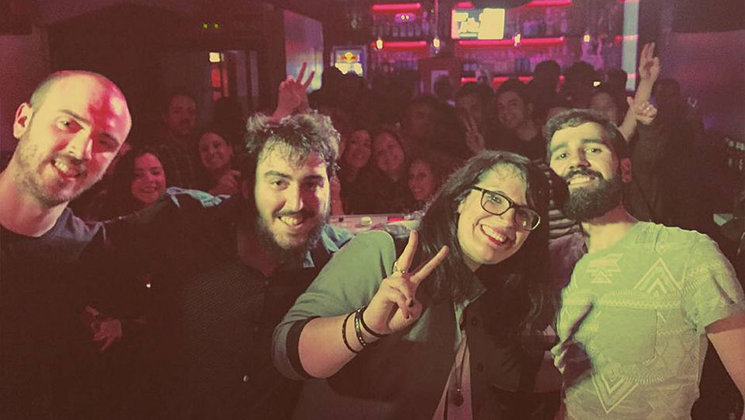 After the success of our first rehearsals, with a fresher and bigger sound, we made the decision to ‘up the tempo’ and with this began to introduce our ‘new exterior’ through a series of self-produced videos. In these videos we announced that the names we give things aren’t always the most important. After hours of work and preparation we released our first music video, entirely homemade, and released our first taster ‘Cromosomas mágicos’ on Spotify. We had found our sound and an image that we wanted to keep. This was the moment in which we realised that the songs were ready to be released into the world. This was when DUERME SIMÓN was really born.

This is the part where you guys come in…

Making a record requires a considerable amount of money, and musicians at this level and in this climate can’t always do it alone. Therefore, WE NEED YOU to fund part of the cost of BENDITA VALENTÍA, our first record. We need 3000 euros to pay for the studio time, mixing, mastering, 5% for (Verkami) crowdfunding + tax and for the production of the first 500 copies of the record. If the confidence you have in us makes this figure go beyond the minimum, we will put the remaining amount into the professional recording of another music video and promotion (which isn’t cheap) for the upcoming concerts after going into the studio.

The place we have chosen to record is ESTUDIO UNO in Colmenar Viejo (Madrid). It’s one of the best recording studios in Spain and many of our favourite artists have recorded there. The person chosen to co-produce our record is Txarlie Solano, guitarist and co-producer of Mäbu, and musician with other renowned projects here in Spain.

Recording began at the end of June and we have been working hard during july. The Dates for this project are as follows:

September: Rehearsals for the album launch and product postage to record supporters.

October: Saturday 15th DUERME SIMÓN at el Café la Palma (Madrid) for the launch of ‘Bendita Valentía’ and over the following months dates in Málaga, Cádiz, Barcelona and other cities in both acoustic and electric formats.

If you want to know about the recordings, you can follow our Studio diary here

We have chosen rewards based on the way we work: everything we have done so far has been with our own hands, so the rewards will also be designed by ourselves:

Uriel ** (synths and keyboards), who is also in charge of all the art that surrounds DUERME SIMÓN. Graphic designer by profession, enjoys every new challenge that's put in front of him. He’s who will design the **TOTEGABS and POSTERS.

Virginia (vocals and keyboards), leads in parallel several artistic projects, including HIPOTENUSARTE, which has spent years customizing shoes and doing DIY decorative objects. Virginia is the one who will design the CUSTOMIZED SNEAKERS.

In addition, We are also giving you the opportunity to come to the album launch in Madrid. We can go to your house to give an acoustic concert and you can become a sponsor of our project. If you select this option, your company logo will appear on the cover of our album and you can come to every concert of the tour you want.
Everyone who comes to the concert in Madrid can collect their order from the merch stand at Cafe la Palma.

You are the ones who are going to listen to this record, our friends and our families and this is the most honest way to ask you to help us finance it. We have some good material to offer you, and we really believe in it - we’re just missing your support! We are aware that you aren’t contributing just out of your charitable nature, but because you are looking for a different way to participate in something in a different way, and without you it won’t be possible. Make our dream a reality. It’s your turn to be a part of our BENDITA VALENTÍA. 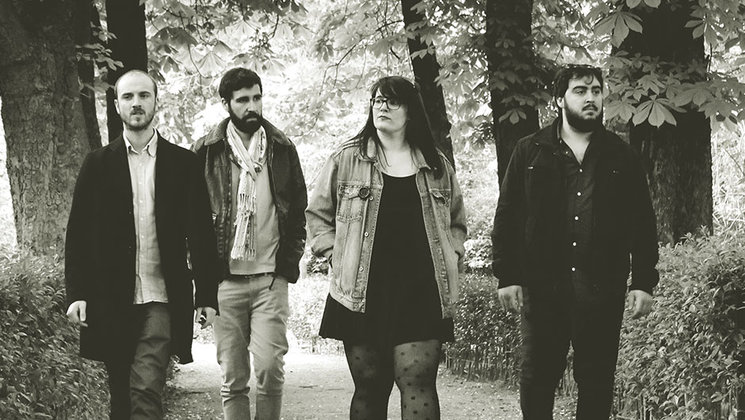 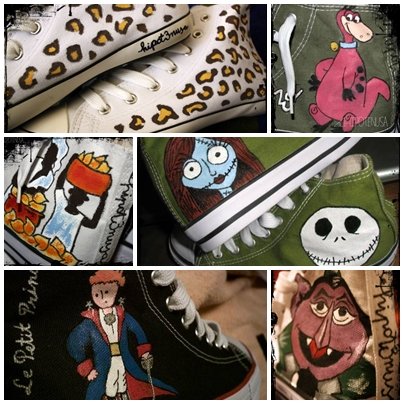 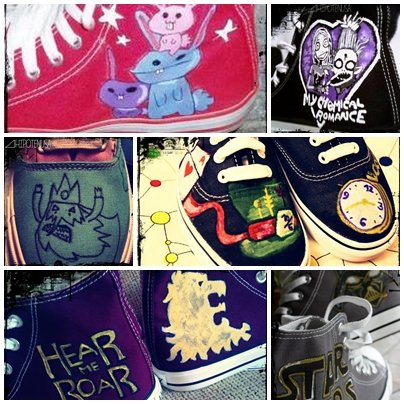