Marisa in the Woods (Feature Film)

Marisa in the Woods is the debut movie of the filmmaker Antonio Morales. It aims to resemble a story written by Woody Allen that Eric Rohmer would direct in Madrid. This is a urban, fantasy-driven tragicomedy, that welcomes the advent of a different way of looking to the new Spanish cinema.

Marisa is 35 and feels lost in life. Having no projects, job or expectations of her own, she gradually forgets about herself and focuses on Mina, her best friend, who is overcome with grief after breaking up with Salvador. When she turns to her friends for support, she only finds more problems, more lives adrift.

A tragic event disturbs the fragile balance of Marisa’s life, leading her to seek comfort in Madrid’s nightlife. She is ready to vanish quietly, as if fading out from life.

Marisa in the Woods is Antonio Morales’ first feature film. He has previously directed and written short films and theater plays. He aims to create a movie similar to what could have come from Eric Rohmer directing a story written by Woody Allen and set in Madrid. He draws inspiration from the fresh and spontaneous feature films by Jean-Luc Godard (Breathless), Leos Carax (Boy Meets Girl), Jim Jarmusch (Permanent Vacation), Cam Archer (Wild Tigers I Have Known), Harmony Korine (Gummo), John Cassavetes (Shadows) and, why not, Pedro Almodóvar (Pepi, Lucy y Bom). Marisa in the Woods is a refreshing, strange and unclassifiable comedy that shares with other feature films the urgent need to portray a young generation that wants to remain youthful. With a wide range of characters and situations which make it unique, the movie has that special charm which can only be found in debut films. It represents the arrival of a new perspective into the world.

Antonio Morales would like for his first movie to have a touch of George Cukor or François Truffaut’s actors direction, Richard Linklater or Eric Rohmer’s fresh and natural dialogs, Jacques Rivette or W. Fassbinder’s ability to surprise with unclassifiable stories, and Agnès Varda’s umpredictable pace. Based on the script, it would be difficult to relate Morales’ style to any other Spanish filmmaker's. His style brings us back to the dialogs in Cesc Gay’s movies, in terms of how spontaneous and natural they are, as well as to Fernando Fernán Gómez and Juan Cabestany, for its connection to theater plays. His style is also reminiscent of Carlos Vermut and Iván Zulueta for its use of fantasy and its casual combination of genres.

One thing is clear: Morales is part of the next generation of filmmakers, led by Carlos Vermut with his successful movie Magical Girl, which includes names as diverse as Luis López Carrasco (The Future), Oskar Alegría (Emak Bakia House), Ion de Sosa (Android Dream) or Daniel Castro (Hope), all of them characterized by a radically free and personal style.

How Your Contributions Will Be Used

Rewards are a way to thank the backers of the project for their support. The main goal is to create the movie, while at the same involving backers in this intense process. The rewards for backing this project include appearing in the film credits, an invitation to the premiere in Madrid, or a book explaining the process of how the movie was created (with a picture and a dedication from the director).

Antonio Morales holds a MA in Audiovisual Communication from Universidad Complutense de Madrid. He completed his training as a screenplay writer at the Screenplay School of Madrid and is currently studying theater direction at the RESAD (Superior Royal School of Dramatic Arts). He started his career as a theater director at the age of 19 with the play Thanks for Visiting, written and directed for the theater company Akelarre. Morales has since worked in a variety of artistic fields. He has written and directed the short films The day you don’t love me (2007), Vivian Girl (2009), and The Maya Deren Plot (2015), and has also directed other video creations such as the music videos El amante del Casiotone (2013) and Se tiene que ir (2013) for the singer-songwriter Löpez, the video art Glances (2012) for the art gallery Mad is Mad or Cine-Exit (2013) for Matadero Madrid. As for theater plays, he has written and directed Mise en scène (2010) and Chekhov will save us (2013) for the company La Xirgu. He has also written several succesful plays like Wonderful Creature (2011), directed by Carmen del Conte, and The Blackberry Tree (2015) for G&G.

Founding member of the company La Xirgu, she performed the plays Le petit cabaret des horreurs et des perversions (2009), Mise en Scène (2010), Wonderful Creature (2011) and Chekhov Will Save Us (2013). Currently she is at the Infanta Isabel Theater where she performs the comedy Vooyeur (2015), a play she has written herself. She has also a career on TV, where she participated in the series On the Air (2006), The Inspector (2006) and Suite Hotel (2005). She also acted in the feature films Hole No. 19 (2006), by Vicente Monsonís and Labor Syndrome (2004) by Sigfrid Monleón.

She holds a degree in performing art from Col.legi del Teatre school in Barcelona. She started her vocal training by studying Lyrical Singing and Voice Craft, which is supported by long training in ballet. On the stage she performed both classical and contemporary plays (Hamlet, The Sailor, Trip to California, First Story of Esther, The Imaginary Invalid, Sexual Perversity in Chicago and The House of Bernarda Alba), as well as musical theater (Hair Love and Rock Musical, Mute and Blood Brothers). She can currently be seen at the Teatro Lara in Madrid with The Ruin.

On TV, she took part in a number of series for Spanish television, such as Dr. Mateo, Physics or Chemistry, 7 Days Naked, as well as in other local productions, like Blood Tear, Ventdelplà, The Deep Sea, Angels and Saints and Arrayán. She is currently part of the cast of the successful series The Secret of Old Bridge. She participated in several feature films, including See you Tomorrow, I’m a Loser, and Iris, directed by Xavier Berraondo, Hernán Migoya and Rosa Vergés respectively.

After her studies at the school of Juan Carlos Corazza, she acted in the plays Os sen tren, BuruSpain, Tale Aversion, and Fragments of a Funeral. She starred more than 15 short films and two experimental movies, and collaborated in several television projects, including After Work by Alicia Luna. This year she played a role in the movie Madrid Memory Map, by Daniel Ramírez, where she worked with the well-known actresses Ana Fernández and Manuela Velasco. She has also written the screenplay for Los Goliardos Foundation, which is in the pre-preduction stage. She is currently performing in the play Vooyeur.

She is a a teacher of Performing Arts at the Cuarta Pared school in Madrid. She has extensive experience in theater, where she brought to the stage classics like Antigona (2003) and Trees die standing up (2008). She was also a founding member of the company La Xirgu, with which she performed Le petit cabaret des horreurs et des perversions (2009), Mise en scène (2010), Wonderful Creature (2011) and Chekhov will save us (2013).

At the moment she has a leading role in the new Spanish TV shot The Daily Science, and takes part in the plays House of Peace by Lothar Kitstein and At the Other Side, which will be staged in Madrid soon.

After earning a degree from the Col•legi del Teatre in Barcelona, she completed her training working with Andrés Lima or Pablo Mesiez. She is also a founding member of La Xirgu, and has participated as an actress in all the company’s plays, as well as directing Marvelous Creature, the musical biopic about Marlene Dietrich. She worked on the feature film A Movie, by Ricardo Coral (2007), and has also starred short films like Three Hundred (2014), by Nicolás Hure-Mihovilcevic, or The Maya Deren Plot (2015), by Antonio Morales. She is currently one of the main characters in Danzad Malditos, one of the most successful plays at the last Frinje Festival, directed by Alberto Velasco.

She graduated at La Casona (Barcelona), Cuarta Pared (Madrid) and Eugenio Barba’s Odin Teatret (Denmark). She is the fourth founding member of La Xirgu, and has participated as an actress in all the company’s plays. In 2014, she made her debut in cinema with The Adventures of Lily Cat Eyes, by Yonay Boix, and received excellent reviews. She was also part of the cast in 10,000 Nights Nowhere, by Ramón Salazar, together with Najwa Nimri and Lola Dueñas, as well as in the stage adaptation of Les Miserables (2011). She starred 39 Defaults (2014), written by Mar Glez-Gómez and directed by Laura Madera. For TV, she participated in the show The Refugees, coproduced by the BBC and broadcast by La Sexta in Spain.

The rest of the cast will be disclosed soon. 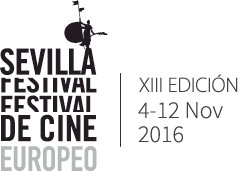 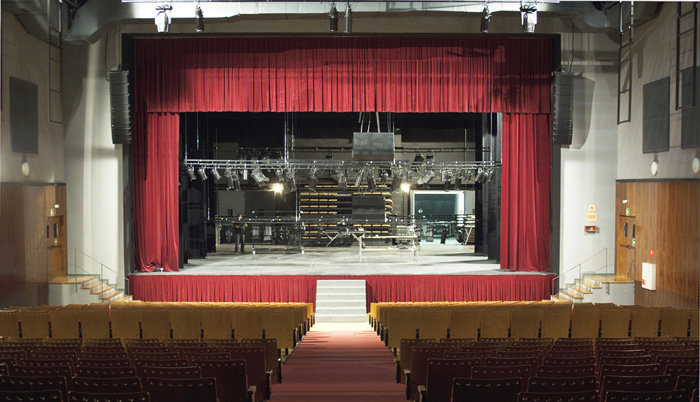