Funkstitution is the sound of what’s happening on the streets. The influences of Funk, Soul, and Jazz on Watch Out and the voice of Garrett Wall bring you 9 tunes with lyrics about the here and now. These independent recordings need your help.

Funkstitution is the result of our commitment to Funk as a band, the culmination of years of learning and experience coupled with the fresh input of new band members. Out of the nine songs that will make up the eagerly-awaited recordings,we can mention the song,**Funkstitution** giving the title to the album it reflects sentiments felt both throughout the band and the whole album that oppose the corruption caused by money that drives one to failure, the moment of change has arrived; I don't know why invites us to open our minds, to not succumb to what they tell us and sell us as the truth,but to keep up the fight for our rights. Funky old socks reclaims the old dreams that we lose when we slip into our sad shoes.This song asks us to do all the things that we want do. Funkstituion is more than an idea, it`s an attitude

The new signings for the band have ensured an exciting start to things provoking more experimentation and exploration in search of new sounds. The powerful voice of Garrett Wall and his huge input in terms of melodic composition have given the band a new direction, and the band is sounding better tan ever. Likewise,the other new members, Andoni on Guitar, Andrès on Hammond and Jorge on Drums, have really polished the sound.

We’ve had a great time preparing the new tunes and that can be heard in how they sound. We are so eager to get into the studio and get the tunes down on vinyl to get this project out there. That´s why we need your help.

The work will be produced independently, in Rat Rabbit studios in Madrid, with our own live sound, less effects, more pure. We strive to get close to reproducing the feel of our live shows, the magic, that happens when this band gets together.

Watch Out, a soul funk banda

Watch Out is a soul funk banda. A line-up of musicians in constant evolution and growth that experiments with Funk and Soul sounds of Black Music. We’ve been around for ages and you have had the opportunity to see us on all sorts of stages, both national and International. We are experts in getting the dance floors bouncing in the clubs of Madrid. That’s quite a claim, I assure you, it´s true.
Soul y Funk a machete. 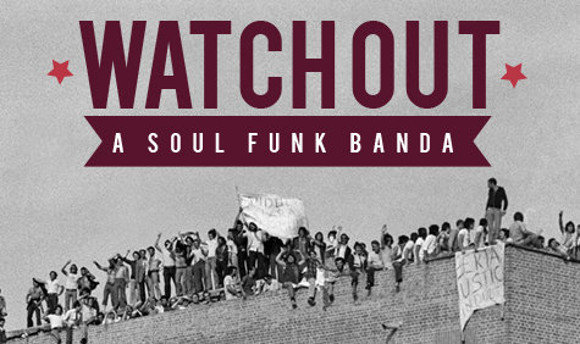 Three years ago, with buckets of soul power, a lot of work and the collaboration of loads of friends, we brought out our first Album, General Richardson ,with the fantastic voice of Cris López, heard, unknowingly, by millions of people every day the Spanish airwaves. Mixed and Mastered by Peter Maher, the LP brought us uncountable joys and we had the honour of our work appearing in the prestigious Chicago record shop Dusty Groove.

This is an interviewthat was done by El Ojo Crítico when we released the álbum. 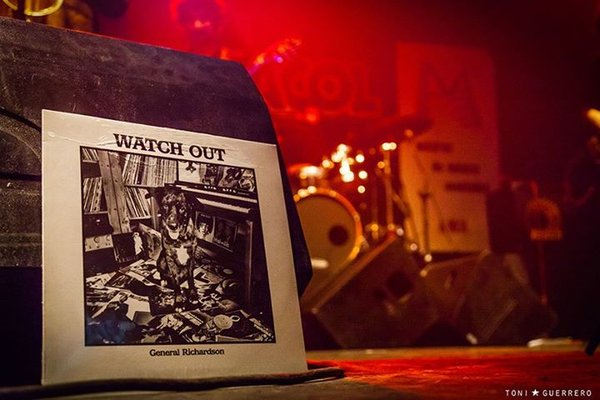 You can hear our album General Richardson here:

Why support this project

Making a contribution to our project, you are buying a copy of our album in advance, but above all, you are allowing us to actually get our music out there.You are putting your trust in us and giving us the lift we need to create an amazing, unique piece of work that will make you want to dance.

On top of that, supporting musical creation, you are helping different cultural projects that are part of a movement that is far from mainstream, to reach more people.

Where your money will go

The budget for the production of Funkstitution is 3.500 euros, which will be used,more or less, as follows:

If we manage to exceed this amount, we will use the money to help with the launch of the album in a venue in Madrid and we would give an extra push to make sure word gets out.

Vinyl Manufacturing: April - May 2015.This takes around 5 weeks.

Here are links so you can get to know Watch Out a bit better: