'Sefarad in the heart of al-Andalus' is the title of the new album of Mara Aranda. 25 years on stage and more than 1,000 concerts confirm that these songs are still touching the heart of 21 century's man just the way they did when they were written in the Middle Ages.

What is the project about

Her research has led her to Thessaloniki (Greece), Istanbul (Turkey) and Jerusalem (Israel), to gather information and complete the musical repertoire that can not be understood detached from its historical and cultural context.

This release is the first of a series of 4 dedicated to the Judeo-Spanish tradition of Morocco, Turkey, Greece and former Yugoslavia.

The Sephardic culture as a whole draws the attraction of different types of scientists: anthropologists, ethnomusicologists and musicologists, linguists, novelists, journalists or historians ... especially since the nineteenth century when Sephardic reality almost accidentally was rediscoverd.

The songbook includes popular ballads, lyrical songs that we call kantikas and Romansas, which originate from "El Romancero" - a 'Iliad without Homer ",according to a comparison repeated many a time at the beginning of European Romanticism – that shares with "Don Quixote" and "La Celestina" and the privilege of being considered as one of the most pathbreaking works of literature.

Those songs tell us about epic characters, eighter historical or legendary, linked to the medieval past of the Iberian peninsula. Throughout Spanish geography they are even sung today, in America or wherever Spanish jews live in diaspora.

Abraham B. Yehoshua, a well known Israeli novelist of sephardic descent, asserts in his article “Beyond Folklore”:
The Sephardic identity is Christian, Muslim and Jewish at the same time. These three elements, inseparably merged, formed an astonishing cultural symbiosis. The Sephardic identity also means the enclosure of “the different”. Even though it fell into oblivion, it remains a cultural gene. 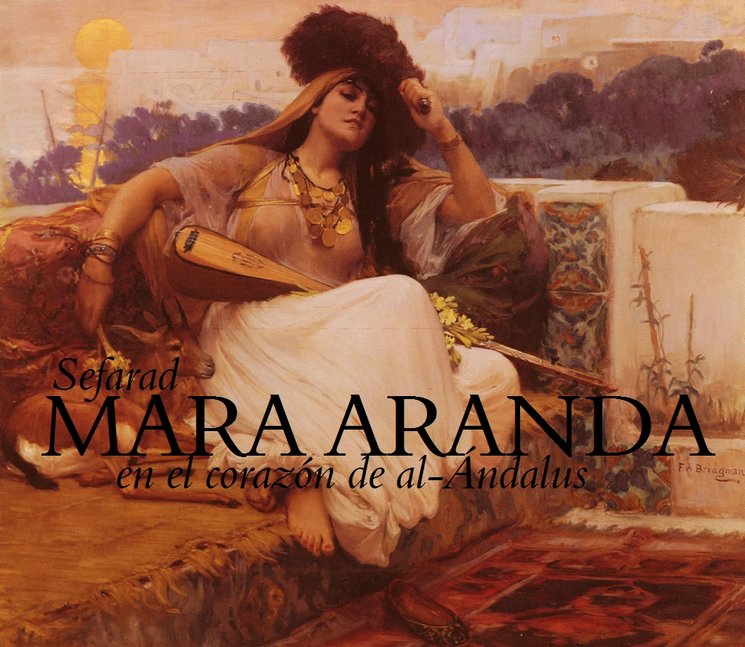 "Sefarad en el corazón de al-Ándalus", the first piece of "Diaspora", represents each of these three cultures. The songs tell us about day to day life, songs, the Sepahrdi shared when they hosted celebrations and feasts, or they sung at home. Generation after generation passed on melodies, rhythms and the feelings of their people only by word of mouth till this day. Of Arabo-andalusian tradition the music ranges from folk songs to virtuosic interpretations, elements of a classical music, revealing us the inner feeling of this people for whom music and poetry were the superior ways of expressing even the most subtle movements of the soul. We will express Christian tradition by including some instrumental passages of the "Cantigas de Santa Maria", which merge Jewish, Muslim and Christian realities, combining ardousness, care, sensibility and the wisdom of great mean who were despite their personal creed able to work for a higher and more noble aim, transcending them into time.

"Sefarad in the heart of al-Ándalus" is an album that calls for peace and in which musicians of different religions work together to join their inspiration, emotions and mastery in this and the consecutive albums as well.
May these ancient chants contribute to this long-desired peace.

Musicians who collaborate in this project 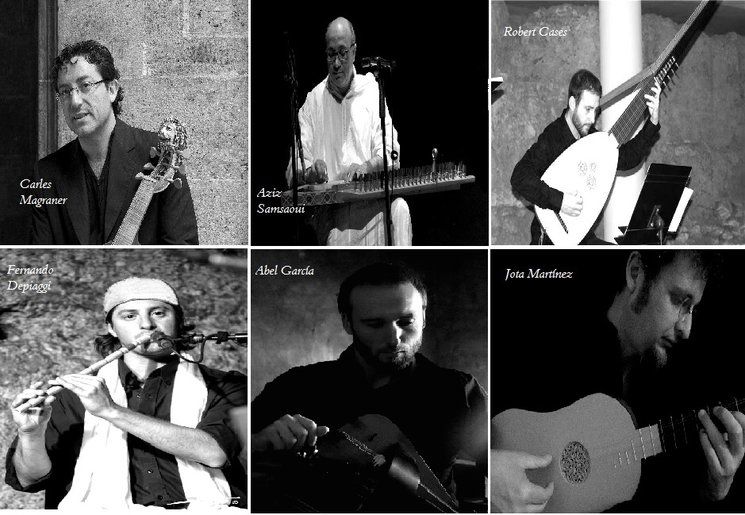 In 2001 he began to study plucked string instruments and later specialized in cítolas and medieval lutes.

He is working on a joint project with Mara, regarding the exploration and reconstruction of 'Instruments Iberian peninsular medieval tradition', counting nearly 150 pieces, a work culminating in the publication of a book combined with an album in the course of this year.

Also he reconstructs musical instruments by using the iconography of medieval manuscripts and chronicles. In the course of the International Festival of Sephardic Music Córdoba 2015, where Mara's previous album Sephardic legacy was introduced, he also opened the exhibition 'Hebrew instruments in the art of medieval Spain'''.

Abel Garcia
Specialized in plucked instruments of the Eastern Mediterranean, he is a versatile musician who gives the whole a great cohesion (.que confiere al conjunto una gran cohesion) His skillfulness - he was taught by the best maestros in Europe - has led him to work with various groups of traditional music and avant-garde as well, exploring different options which expand the traditional context of their instruments. He is composer of the music of 'Mare Vostrum', the last Mara Aranda's last release, which was awarded by COM as 'best folk album of 2015'.

Fernando Depiaggi
He interpretes Arabic and Middle Eastern music and is specialized in wind instuments such as the ney (reed flute), mijwiz, mizmar and percussion: darbuka, reeq, duf, rattles etc.

Carles Magraner
Founder and director of the Valencian group of ancient and baroque music Capella de Ministrers, with which he recorded and directed over forty albums. His creations received many prizes, amongst others awarded by the Ministry of Culture, Editorial Prensa Valenciana, Gramophone, Goldberg , CDCompact. Mara Aranda has participated in the programs 'Els viatges Tiran lo Blanch', 'The cicle of life' and 'The enclosed music'.

Robert Cases
Musician of highest titles, with the guitar granted by the Conservatory of Music in Valencia, with old instruments of the Renaissance and Baroque by the Royal Conservatory in The Hague, Netherlands, as well as formación pedagógica complementaria with a teaching experience at all levels for over 10 years. In the CD he will introduce the sound of instruments such as the theorbo, harp, baroque guitar or cítolas.

Ido Segal
Borned in Israel, Ido will aproach to us a cosmopolitan and contemporary vision through instruments like the violin and percussion.

In this program we also count on the the special participation of two women devoted to dance, defending and keeping alive two ancient traditions:
Rosa Sanz, a flamenco dancer who already accompanied us with her powerful dancing in 'Mare Vostrum' 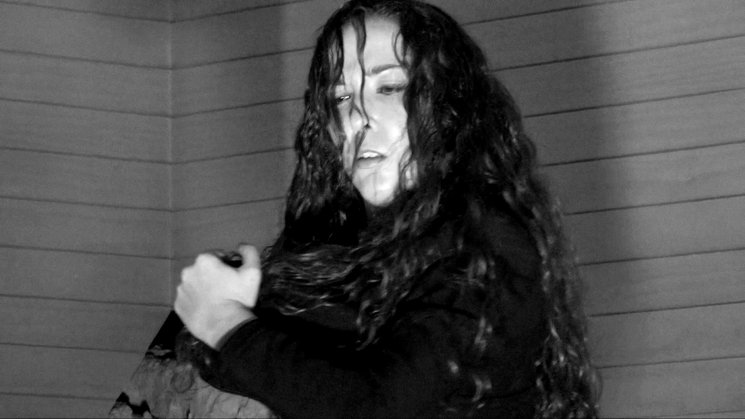 and Mercedes Campello, specialized in the mystical dance of the Sufi tradition. 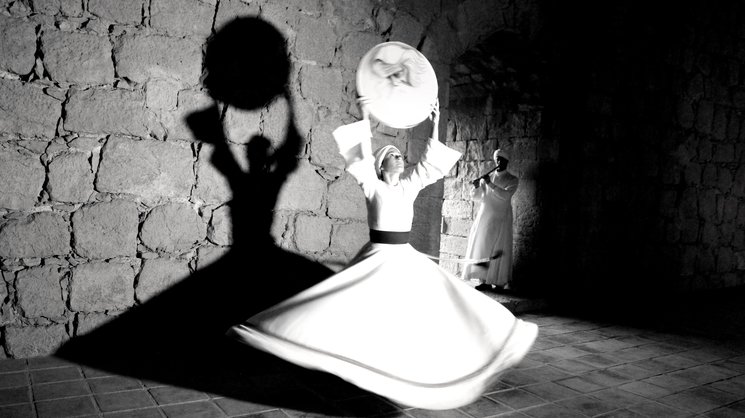 I am pleased to announce the special collaboration on the album of the choir Elí Hoshaná from Lucena, Córdoba directed by A. Rodríguez.

Basically it will used be to cover the costs of the studio (recording, mixing and mastering) and the production of the album. The disc will be a digipack with a 48 pages booklet full with information about each of the songs and the lyrics, and it will be provided with a foreword by two leading experts of the Sephardic world. One of those will be Susana Weich Shahak.

The preparation of the album started in December 2015 with a journey to Israel where I studied in the National Library, the world's collection of sound documents, and continues ever since. There still is a daily workload to do, comprising of additional research screening an abundance of material, to study books, many of them out of print, authentic jewels I stored in the hope once to share them with those of you who are interested in.
Schedule

The album will be released before the end of the year and the rewards will be delivered to arrive before Epiphany, what do you think about that?
If you have any questions concerning the rewards, tell us! We will respond as quickly as possible and we might even agree to your proposals (shipment, more personalized rewards, etc.).
Schedule

If you do not have a paypal account to pay the recompense you of course can also transfer it. [Contact]: (mara@mara-aranda.com)

MARA ARANDA'S PERSONAL DRESS FOR THE RECORDING OF THE SEFARDÍC SONG 'MORENA'.

MARA ARANDA'S PERSONAL DRESS FOR THE RECORDING OF THE SEFARDÍC SONG 'MORENA'.