We’re O Sister! a vocal jazz band from Seville, Spain, formed in homage to the North American music of the 30’s. We need your help to take our music to New Orleans, the birthplace of Jazz, where the family of the legendary Boswell Sisters has invited us to play - a great honour for us.

WE’VE REACHED OUR MINIMUM GOAL! : COVERING THE AIR-FARES TO NEW ORLEANS FOR THE 6 BAND MEMBERS.

Thank you to all our donors!!! We are ecstatic :)

**NOW WE ARE FOCUSING ON A NEW GOAL: COVERING OTHER TRAVEL EXPENSES AND EXTENDING OUR PERFORMANCES IN THE U.S. 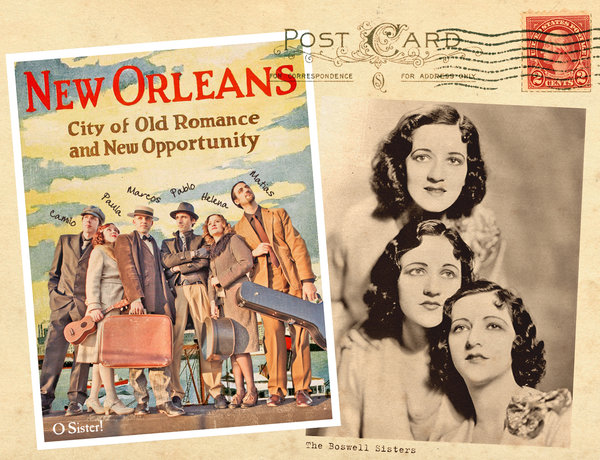 We’re O Sister! and Swing’s our thing. Towards the end of 2012 we tackled one of the most rewarding challenges of our career: Bringing to life an unfinished and unrecorded song by the legendary American band “The Boswell Sisters”, women musicians who pioneered a vocal jazz style in the 1920’s and 30’s.

Our link with the Boswell Sisters comes not only from our admiration for their music and their way of understanding it, but also from the bond we’ve developed with fans of the group on the other side of the Atlantic, initiated through Cynthia Lucas and the bozzies.org website.

Thanks to the discovery by the late singers’ family of a group in Spain which was bringing the Boswell Sisters’ songs to life, as well as to our own commitment to a repertory we love, we had the opportunity to harmonize and arrange their unfinished “Yoo-dle-ee-oo-de-oo” and finally record the finished song in Seville. It is difficult to explain the thrill it was for us to have the approval of the Boswell Sisters’ heirs and to be congratulated by people who knew them personally.

We’ve recently had the honour of receiving a personal invitation from Kyla Titus, granddaughter of Vet Boswell and a representative of the family, with whom we’ve been in contact all this time. She wants us to participate in a series of special events which are being held during 2014 to celebrate The Boswell Sisters and their legacy (“The year of the Boswell Sisters Revival”) in their hometown of New Orleans. Thus, to culminate an exhibition dedicated to them and in collaboration with The Historic New Orleans Collection, a music festival entitled "The Boswell Sisters: Their Music Goes Round and Round", will take place on October 9th, 10th and 11th, celebrating the Sisters’ huge artistic legacy and how it remains vibrant to this day. The schedule of activities includes lectures, conferences, guided tours and, of course, concerts, with at least five American bands participating, plus one all the way from Australia. In our case, we are the only European band invited to the event.

Following our initial euphoria, however, reality hit us. The organizers in New Orleans can’t cover the band’s travelling costs from Seville to New Orleans. Times are such that, similar to the days of the Great Depression, neither our concert activities nor our record sales are enough to self-finance an adventure abroad even in Europe, much less in the US.

In the short period of time since we received the invitation we’ve applied for grants, knocked at different doors and sought different ways to fund the trip, but with no success. At the most we could manage to cover the costs of daily expenses, accommodation and local transportation, but the air fare for a minimum of 6 band members, is well beyond our means.

Finally, because we don’t want to give up yet, we thought of you, our Fans, asking support through the Verkami platform from all of you who have followed O Sister! since its early days and from all you new friends who have discovered us more recently. If we reach our goal, we will be enormously grateful to you and would love to share this adventure with you.

What your donations will be used for

The minimum quantity we need would be the estimated quantity to cover the air fares for the 6 band members from Seville (Spain) to New Orleans (Luisiana, USA), plus all the costs derived from the campaign (rewards, service commissions, promotion…). From there on, all that we could add would still be of great help, and would be used to cover other travel expenses, as well as trying to extend our concert dates in the U.S. in order to complete this experience.

By way of thanking you for your invaluable help, we’ve prepared some incentives which we hope will be appealing. Among them are the chance to download the unpublished song that illustrates this story, not yet included in any of our albums, and the pre-release purchase of our next EP “Spooky Sessions”, recorded live in two special sessions held at Sputnik Studios in Seville, including the rarely performed “Cryin’ Blues”, a very personal and humorous rendering of one of the first songs recorded by the Boswell Sisters way back in 1925.

Among the rewards you can also find signed scores of some of our original arrangements, photographs by Juan Luis Morilla signed by the band members, or an exclusive t-shirt created for the occasion, with two different designs: one for adults (with the phrase “I sent O Sister! from Seville to New Orleans”), and another one for children with a cool illustration by Pedro Alpera. We also have special presents like a limited silkscreen print by illustrator Jose Luis Ágreda, and a vintage fashion pack with a bow tie and a hair ornament exclusively designed for O Sister! by LaVique & Marilene D’Sastre. We’ve also included 2 free tickets for a concert in our next tour, and a possibility to attend a live session and an encounter with the group at Sputnik Studios (Seville) before the year is over.

And not forgetting our romantic side, we’ve included gifts like a postcard sent by the band from New Orleans, or the recording of a video of our adventure to share it with you, with all your names in the credits :)

The trip to New Orleans will take place in the second week of October.

As some of the rewards will be created exclusively for this campaign, we won’t be able to start their production until the end of the campaign, on August 5th. Therefore, our idea is to start sending the rewards once the campaign finishes, but some of the more special prizes will have to be sent at our return from the trip. Regarding the attendance to a recording session and the encounter with the band, as well as the Festival DVD which the organisers will provide us with, we’ve set up the end of the year as our deadline to have all our donors content with their rewards. 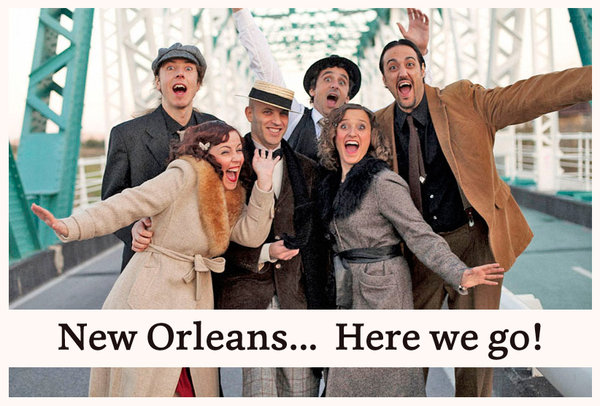 You have helped to achieve a successful campaign!

We have no words to thank you about your support. When we launched this campaign, we couldn't expect such a good response. We are very happy! In a few weeks, we are going to give you more information about rewards delivery.

Write you soon! We love you! 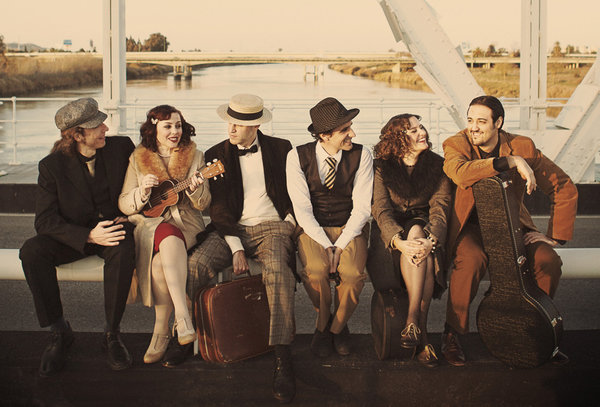 LAST DAYS OF THE CAMPAIGN: #HelpOSister

Six days left! So remember, you can get exclusive T-shirts of our trip, our discography, our next EP "Spooky Sessions" or other rewards that we have designed for you.

Don't waste this opportunity! Spread this new among your friends! 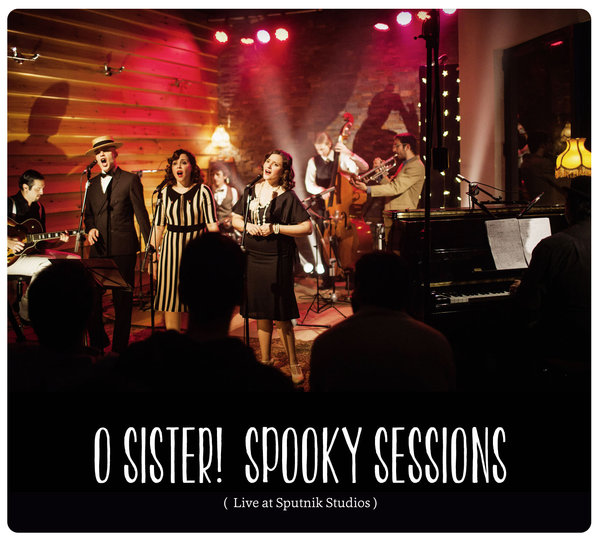 Do you know the Creepy Story of Ol' Man Mose?

Advance single from new live EP "Spooky Sessions", recorded at Sputnik Studios (Sevilla, Spain). Available for sale in September 2014, but will be available in advance for our patrons.

We remind our donors that your… read more

Thanks to your donations we will be in New Orleans next fall to take part in a series of events celebrating the Boswell Sisters and their legacy. The festival will be held on October 9th, 10th, 11th and 12th. This is a dream that seemed far-fetched only a few weeks ago, when we started this crowdfunding campaign.

The amount raised to this moment allows us to assume the airfares for the 6 band members plus the costs derived from the Verkami campaign, but we still have to cover other expenses like extra-seat tickets for musical instruments or their rental at destination, as well as board and lodging during our stay, which we haven’t managed to cover yet. We thought it impossible to cover this minimum, but having still 15 days of campaign to go, we dare to keep on dreaming in order to try to extend our stay in the US for more possible concerts in the area, a purpose for which our manager Ivan Pivotti is already at work. 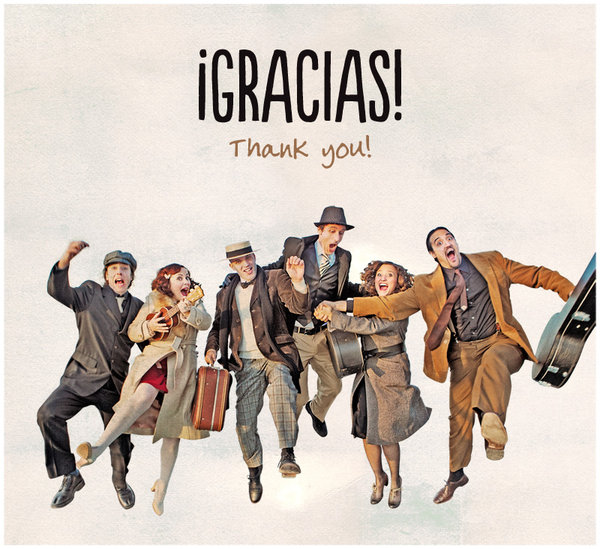 Digital pre-order of our next release "Spooky Sessions" (5 tracks)
+ Digital download of unpublished song "You-dle-ee..."
+ Raffle of 2 tickets to the concert of your choice in upcoming O Sister! Tour
+ Credits in USA trip documentary

CD of our next EP “Spooky Sessions”
+ Another CD to choose between Crazy People” (2009) and “Shout Sister!” (2012)
+ Digital download of unpublished song "You-dle-ee..."
+ Credits in USA trip documentary

126
are returning backers of Verkami
150
are new backers

Digital pre-order of our next release "Spooky Sessions" (5 tracks)
+ Digital download of unpublished song "You-dle-ee..."
+ Raffle of 2 tickets to the concert of your choice in upcoming O Sister! Tour
+ Credits in USA trip documentary

CD of our next EP “Spooky Sessions”
+ Another CD to choose between Crazy People” (2009) and “Shout Sister!” (2012)
+ Digital download of unpublished song "You-dle-ee..."
+ Credits in USA trip documentary