Ardara reconstructs a journey to Ireland made by three Spanish youngsters. Through the eyes of those who saw them passing by, the film traces their footsteps and tries to understand why they never returned home. Help us to make it possible!

WATCH IT ONLINE IN HD
+ appear in the credits

DOWNLOAD THE MOVIE IN HD
+ appear in the credits

SERIGRAPH BY PAULA BONET or FRANCESC FLORIT NIN, WITH THE AUTHOR SIGNATURE
+ Analogue photographs by the authors of the film
+ Double invitation to the concert/preview of the film in Barcelona
+ Vinyl of the soundtrack (by Ricky Falkner)
+ Illustration by Paula Bonet
+ Poster of the film and download of the soundtrack
+ Postcard from Ardara (Francesc Florit Nin)
+ DVD of the film (Special edition for patrons)
+ Download HD
+ Appear in the credits

YOU ARE CRAZY. THE DIRECTORS WILL MAKE A DOCUMENTARY ABOUT YOU.

Ardara is a reconstruction of a journey. A journey made by Maria, Bruna and Macià, three Spanish youngsters in their bloom. Through the eyes of those who saw them passing by, the film traces their footsteps and tries to understand why they never returned home.

Ardara is a film by Elsabeth Produccions. Shot and directed by Raimon Fransoy and Xavier Puig in the Spanish cities of Barcelona and Ciutadella as well as the Irish county of Donegal. The film stars Bruna Cusí, Maria García Vera and Macià Florit. The original soundtrack is provided by Ricky Falkner, one of the most prestigious musicians and producers in Spain.

One year has passed since we started working on this project. All the material we have shot thus far has been self-financed. We have collected enough footage to put together a number of promotional clips which you can watch here or at the project web-site. Once we have gathered the required funds, our next goal is to finish the film. The majority of filming would take place in Ireland and we need at least €12.000 to make it possible. This is where we need your help.

HOW THE CONTRIBUTIONS WILL BE SPENT

The money we are asking for, will be used for the travel and the accomodation expenses in Ardara. Apart from that, there are expenses for the taxes and comissions derived from Verkami, and the cost of the reward elaboration.

Due to the calendar, the availability and the narrative coherence we must shoot during this summer (2014). For these reasons we are launching the Verkami, because it is the only way to get the money in such little time. Once all the footage is shot, we will start looking for other ways to obtain funding for the post-production and distribution of the movie in both countries, Spain and Ireland. We reckon that the edition of the film will end during the spring of the 2015, and then, the rewards will be delivered.

With the collaboration of some of the artists that take part of the film we have elaborated different rewards that reflects the artisanal spirit of the project. We have a collection of paintings from the two graphic artists who take part in this film:

-The painter Francesc Florit Nin, author of the Ardara landscapes shown in the film.

-The illustrator Paula Bonet that has realized a portrait of each of our main characters. 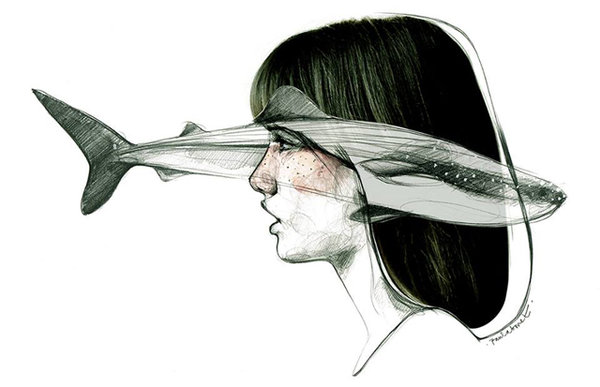 With these illustrations we have made some objects for our patrons:

-A series of six postcards with the landscapes of Francesc Florit Nin that will be sent from Ireland during the shooting.

-A series of prints of the illustrations by Paula Bonet

We also have a collection of posters with all the graphic elements of the story; several analogue photographs from Raimon Fransoy and Xavier Puig - the authors of the film -, developed by hand and captured during the shooting; and a small book with some texts, photographs and drawings that is packaged with the DVD of the movie.

The music is also an important issue in this section. For us, it is a privilege to count on the participation of Ricky Falkner as the author of the soundtrack. With that purpose, Ricky has joined some of the best musicians in the country, to record the music of the film. Furthermore, some of the songs that appear in the movie will be sung by different singers too. For this reason, we will publish a vinyl with the soundtrack and include it in the reward list.

Finally, the premiere of the movie in Barcelona will be a unique chance to see all these musicians in action. The idea is that the band and the singers play the music live during the viewing of the film, creating a unique preview experience. The final reward offers the chance to participates during this premier event.

Macià is a 23 year-old man from Ciutadella who decides to visit Ireland. He follows the trail of a journey previously made by his parents, 20 years ago. At the same time, Bruna and Maria, two young actresses from Barcelona, are looking for a quiet and isolated place to walk and disconnect from the noisy city. Their journeys will cross paths in the town of Ardara. And once they've met they will remain together until the last days of July. But these wonderful days shall end suddenly where Europe ends: at the country's highest sea cliffs. At least, that's what some of the locals would tell you.

Ardara reconstructs the journey of these three young people through the tales of those who witnessed their travels, and questions who they were and why they disappeared. Like a jigsaw, we arrange each point of view and a picture of summer begins to come into focus. It is a portrait of three kids, far away from home, in their blooming youth. And also it is a portrait of the people who observe and describe them. Of those who remember the light they spread.

It is a tale that reflects on the very act of storytelling through comprehension. The only way for human beings to understand and compartmentalize the world.

Stretching out the narrative threads of the film and exploring its characters, we will construct a parrallel universe alongside the movie. Through the website and social media, we will create an interactive world that will enrich the main story though audience participation. A virtual tale which will grow day by day, taking advantage of the infinite possibilities of the emerging technologies. A story that will be fed by the active participation of those who wish to be a part of it.

All of you are invited to discover more at Ardara Universe and via the project's social media pages:

Elsabeth was founded in 2003 by Xavier Puig and Raimon Fransoy with the broadcasting of a number of monographs about musicians in the "Xarxa de Televisions Locals" (Carretera&Mantra). Since then, and with the incorporation of Marc Ruiz in 2004, Elsabeth has continued making programmes for TV such as Peces Úniques (2004, TVC), Puetes (2007, XAL), Plimba Vorbi Gura (2007, XAL), L'aprenent de Pilot (2009, TVC) or Portbou (2007, XAL), a docu-ficción series that has been shown in many TV festivals. Apart from the TV work, Elsabeth has made several music clips (Refree, Roger Mas, Sidonie, Egon Soda, Ü_ma, Ariel Rot, etc) and documentaries (Rossy -2011- Adrià Puntí -2012- i El Dolor de la Bellesa -2013-), works that have been shown at IN-EDIT festival (International festival of music documentary). In 2012 in colaboration with the journalist Roger Roca and the sound engineer Jordi C. Corchs, Elsabeth started an online project called Tots Sants, where they publish live studio recordings.

Ardara is their first full-length film.

We will be a team of nine people. The smallest team possible, which allows us flexibility and to reduce our expenses without sacrificing quality- we have worked together for over 10 years, therefore we understand each other very well and can handle production with very few hands. 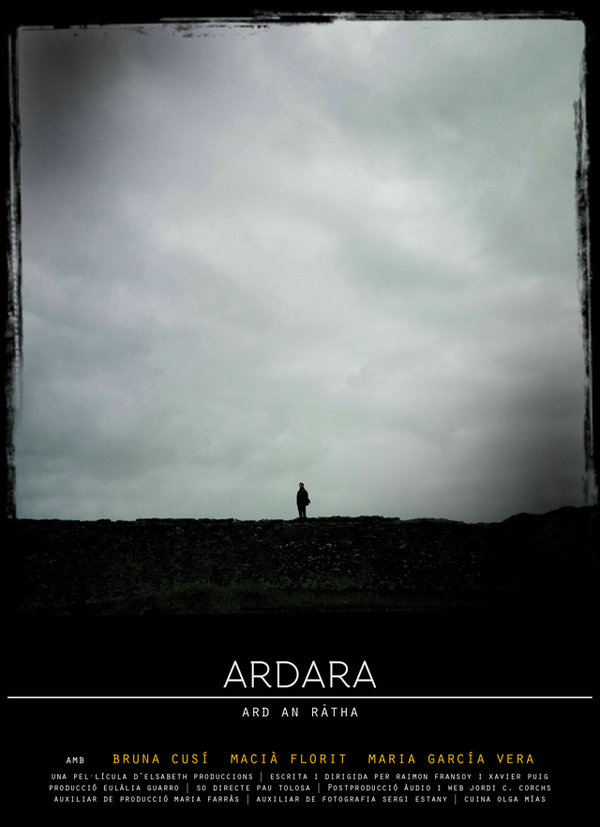 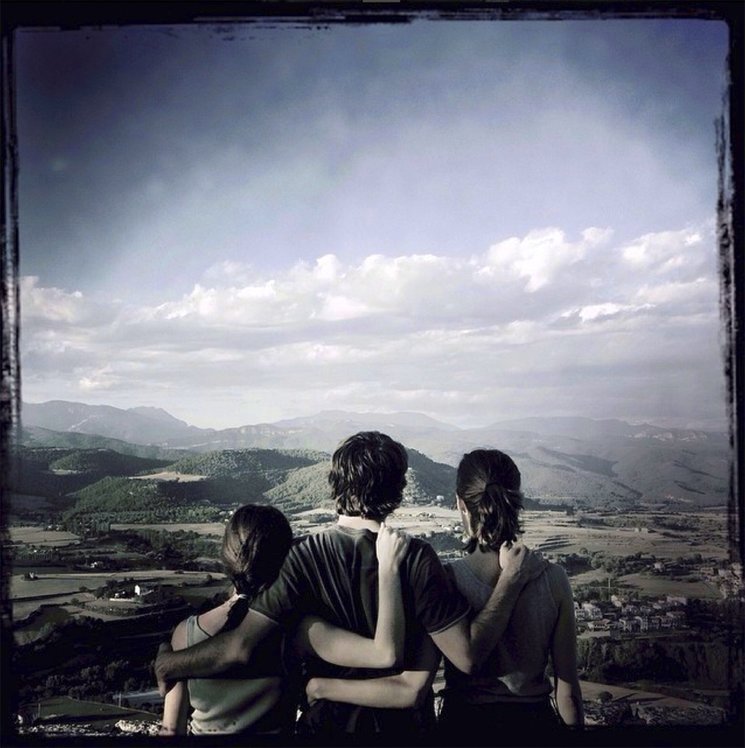 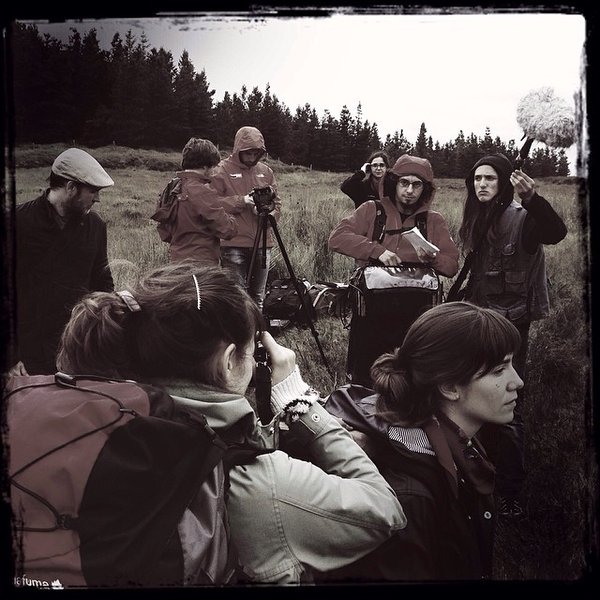 #02 / Moltes gràcies / Muchas gracias / Thank you so much 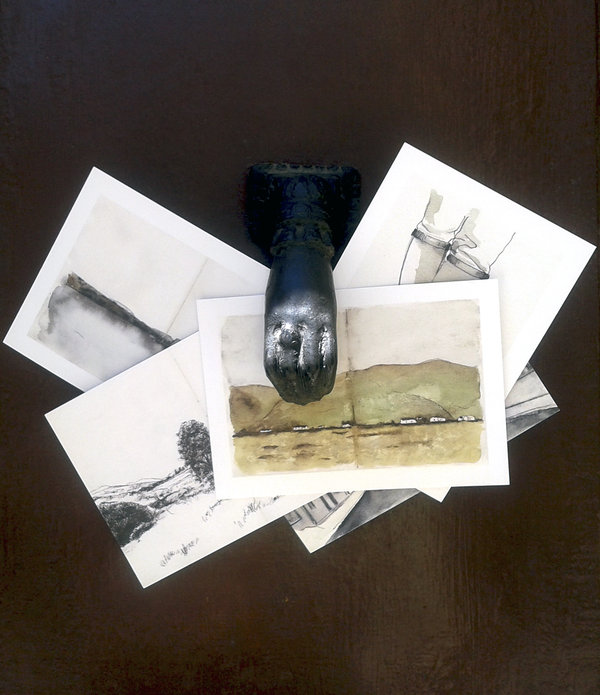 WATCH IT ONLINE IN HD
+ appear in the credits

DOWNLOAD THE MOVIE IN HD
+ appear in the credits

SERIGRAPH BY PAULA BONET or FRANCESC FLORIT NIN, WITH THE AUTHOR SIGNATURE
+ Analogue photographs by the authors of the film
+ Double invitation to the concert/preview of the film in Barcelona
+ Vinyl of the soundtrack (by Ricky Falkner)
+ Illustration by Paula Bonet
+ Poster of the film and download of the soundtrack
+ Postcard from Ardara (Francesc Florit Nin)
+ DVD of the film (Special edition for patrons)
+ Download HD
+ Appear in the credits

YOU ARE CRAZY. THE DIRECTORS WILL MAKE A DOCUMENTARY ABOUT YOU.