(The Best of) Flattery A Tribute To Radio Birdman Vinyl Edition!

Valdemoro
This project ended July 29, 2014 without achieving its objective
0
seconds
88
Pledges
4.929€
From 5.000€
The link to the project has been copied to your clipboard

Exclusive poster of this edition.

Shipping to Spain/Europe.
(You only need to choose: black vinyl or coloured vinyl)

Shipping to USA/Rest of the world.
(You only need to chose: black vinyl or coloured vinyl)

At the end of 2014 marks the 40th birthday of one of the most influential bands of Rock and Roll Underground: RADIO BIRDMAN and to celebrate it we want to release, for the first time on vinyl, 2 LPs + 7 ", a Tribute to the Australian band which had originally been published only in CD (3 editions) released by Fandango Records (USA) and Nomad Records (USA).

For this release we have been selected the best 29 covers and we are going to put out on a double LP 180 gr + extra 7" with a gatefold cover, plus a poster and other gifts.

The 7" will be ONLY AVAILABLE for the supporters on this project.

The record includes a download code with the 29 songs of the vinyls and as an extra 20 more songs that have been left out of the selection and have been published in the three CDs.

The selection of songs for the vinyl edition is approved by the American label, the songs have been mastered for this edition vinyl and have thanked members of Radio Birdman's Deniz Tek and Chris Masuak, and Jake Starr from Fandango Records and member of Adam West.

We want to release a special edition in colour vinyl only available for the people that help us through this crowfunding.

All money raised is intended to pay for all production and editing of the vinyl, the mastering of songs to vinyl, discs pressing process 180 gr format. for both black vinyl and vinyl color, gatefold cover, poster, shipments to patrons and other small gifts can add to support us in this project.

Here's the list of songs and bands that did the covers to give you an idea of ​​what you bring us up to. 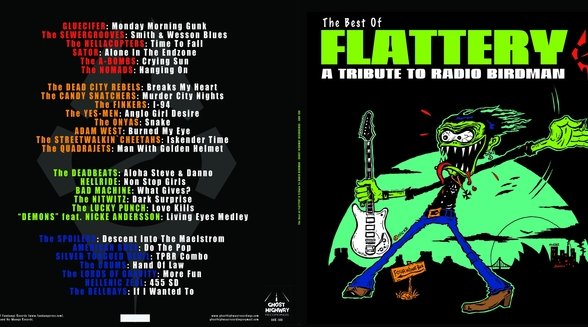 The HELLACOPTERS. Time To Fall

SATOR: Alone In The Endzone

The NOMADS: Hanging On

The QUADRAJETS: Man With Golden Helmet

The SPOILERS: Descent Into The Maelstrom

AMERICAN RUSE: Do The Pop

The CRUMS: Hand Of Law

The LORDS OF GRAVITY: More Fun

The BELLRAYS: If I Wanted To

The TIP TOPPERS: Hanging On

What Radio Birdman members say about this release

Deniz Tek: "It's fascinating to hear the familiar tunes from a new angle ... I learn something cool every time. We take from those who came before us, we try to add something, and pass the flame along. It can work in both directions. I'm very honored that these hard rockin' bands found my songs worthy of recording."

Chris Masuak: "The flag itself may be battle weary, ripped, and torn but I wear those colours proudly and have continued to celebrate the uniquely powerful music and glorious heart of Radio Birdman! It heartens and humbles me to see (and hear) how so many musicians have been touched by the band's indomitable spirit and moved to keep the legacy of Radio Birdman hanging on! Thank you, compadres! Yeh hup!" 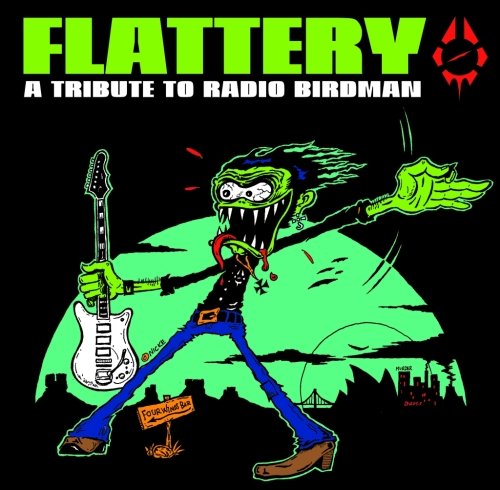 This is the plan of work planned:

We are going to do a contest of a Imperial State Electric Paper Toys Edition Box Set (3 x 7"s) to all the supporters in this project.

The Box Set will be shipped together with the LP's.

Exclusive poster of this edition.

Shipping to Spain/Europe.
(You only need to choose: black vinyl or coloured vinyl)

Shipping to USA/Rest of the world.
(You only need to chose: black vinyl or coloured vinyl)