An iberian village, an agricultural settlementment, a military base, a neighborhood of the informal city, a relay antenna, an abandoned place, a 360º Barcelona viewpoint, and finally, an open air museum.

Contribute to the project
106%
Project crowdfunded on December 15, 2013 🎉
View project in Català and Castellano

Name in the credits

General ticket for the exhibitions at CCCB
+ Name in the credits

Invitation to the premiere at CCCB
+ Name in the credits

An iberian village, an agricultural settlementment, a military base, a neighborhood of the informal city, a relay antenna, an abandoned place, a 360º Barcelona viewpoint, and finally, an open air museum.

At 2011, Turó de la Rovira is all those things. The invisible intervention, the restoration started at this Hill in 2009, leave the scars to be promoted by everything that have remain throughout history.

Once again, a new variation takes place in Turó de la Rovira: the transition from the quotidian to the museum. 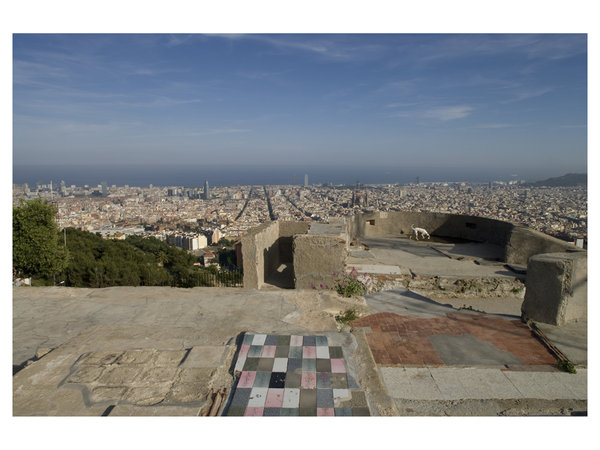 We have managed to finance almost the entire documentary but we need one last sum in order to complete the whole process. With this funding we would do the post-production process as the graphic part of the film also: titles, poster, producing the DVD, and so on. It would also be used to shoot some aerial plans of the Turó so as to offer a bird’s-eye view of the complete intervention, which would greatly enrich the documentary.

The transformations undergone by the space represent the different uses to which it has been put, while the architectural project has made of it not only a lookout over Barcelona but also a vantage point for pondering the past.

We aim to express this feeling by bringing together photos – from the years of the Civil War, of the squatter settlement, the neglect of the Turó, and its clearing up and subsequent rehabilitation – with images filmed today. The film will seek to reproduce in the present the same framing as that of the images of the past, making superimpositions and creating transparency effects in combining them in order to stress a key aspect of the project: the coexistence of different historical layers in one single space which tells the recent history of the city of Barcelona.

Furthermore, the rehabilitation work is so minimal that anyone walking on the Turó without prior knowledge of the site would not notice it. Hence the title of the documentary is La intervenció invisible (The Invisible Intervention). It will be necessary, then, to let the architects, archaeologists and museologists talk about the scope of the intervention. The decision to make it all but imperceptible means that the museological perspective does not interfere with the everyday uses of the visitor who comes to the place to walk the dog, do some exercise, or sit for a while to enjoy the views.

Hence, we have decided to interview the key people who have conceived the whole rehabilitation, inviting them to tell us about the ideas behind the project and what its aim is as a whole. These explanations will also include thoughts of a more general nature on architecture, urban planning, museology and historic memory, since the intervention on the Turó peaks is a clear example of new trends in all these disciplines and it opens up debate on what their future will be. 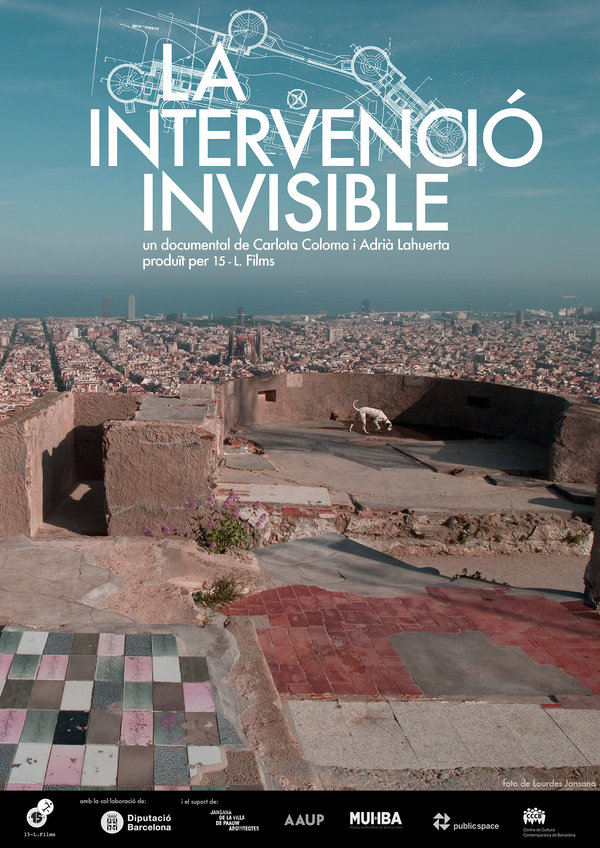 Name in the credits

General ticket for the exhibitions at CCCB
+ Name in the credits

Invitation to the premiere at CCCB
+ Name in the credits