A transmedia project that will try to reconstruct the history of Bilbao La Vieja through the recipes of older women in the area. Neighbours, people from Bilbao and other people linked to the neighbourhood will be able to participate through a website, with their photos, videos and memories.

Donostia-San Sebastian
This project ended December 23, 2013 without achieving its objective
0
seconds
25
Pledges
795€
From 5.000€
The link to the project has been copied to your clipboard

“Our Stoves” is a transmedia project, created and directed by ITXASO DEL CASTILLO, made up of a website, a documentary, an event and a mobile phone app. Its objective is to reconstruct the history of a deprived neighbourhood in Bilbao.

San Francisco and Las Cortes streets were the first settlement in Bilbao (circa 1300). With the start of the industrial revolution mines, workers, political claims and prostitution arrived. 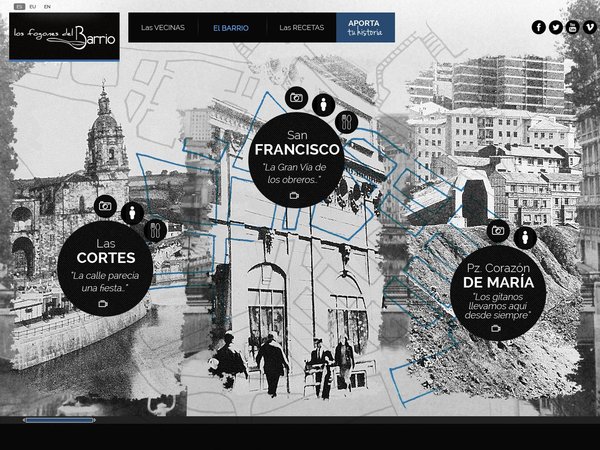 Las Cortes has always been a street full of clubs, cabarets, music halls and other entertainment until the 90s; while its paralell, San Francisco, was dedicated to commerce, it was referential for the whole city and obligatory stop for 'txikiteros' (wine drinkers)

The neighbourhood nowadays is not even a shadow of what it used to be. Drugs, immigration, closed businesses; the "happy" street is in decay, with cheap street prostitution and bad conditions.

Do the new generations know what the neighbourhood used to be like and what it meant for the city? Can memory be recovered? Can it be integrated in the present time to reconstruct an identity that links the locals, mostly old people, to the immigrants, the gypsies and the young people attracted by cheaper rents? 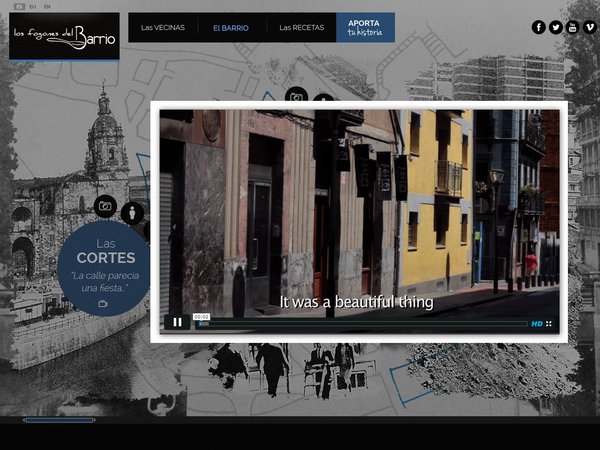 “Our Stoves” wants to do this from where we believe everyday live is constructed, and the hidden fight for survival and progress takes place: the kitchen.

We want to give these old women a voice, whatever their profession or origin, and ask them to cook a dish for us, a dish that wakes up an important memory in their lives. The one their aunt from the village taught them; the one their late husband loved; the one they cook at Christmas etc... those dishes that make us feel at home and carry life stories in every ingredient. 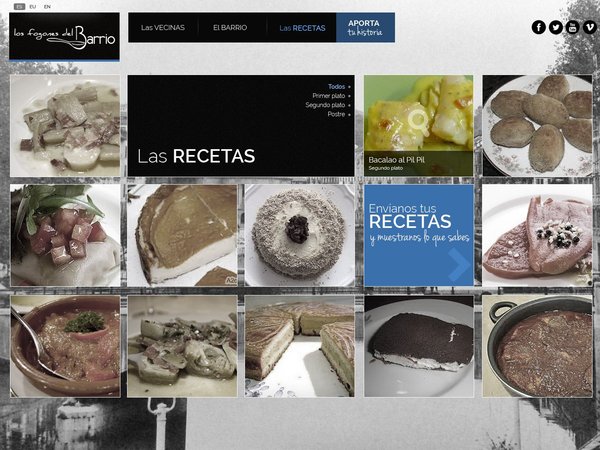 WHAT WE WILL DO WITH YOUR CONTRIBUTION

November 2013 – December 2013
(this would be the documentary pre-production. The website will be created during these 2 months)

January 2014
(the website will be ready in January. With the contributions, material we receive and with what we film, we will put together the documentary in May-June) 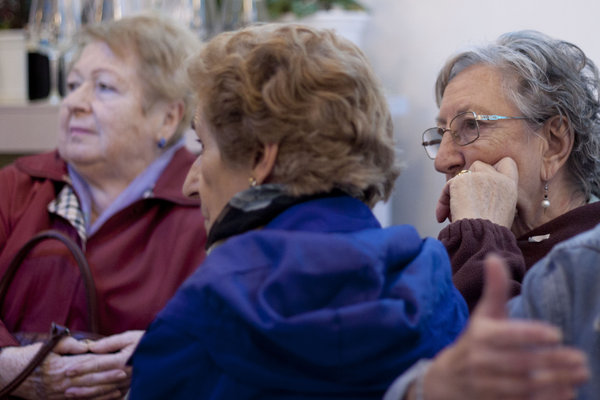