Only 4 musicians in the world own a violin with sympathetic strings made by the Catalan luthier Ricard Margarit. These violinists are exceptional individuals making extraordinary music.

Only four musicians in the world own a violin with sympathetic strings made by the Catalan luthier Ricard Margarit. These violinists are exceptional individuals, making extraordinary music. Contribute to the making of an independent documentary about their inspirational sounds and hear them live in exclusive concerts in Barcelona.

The Swiss violinist and composer Paul Giger is one of these four featured musicians. Putting his violins through their paces to obtain their maximum expression and diversity of sound, Giger’s compositions are able to astound the most seasoned listeners. Don’t miss him live in Barcelona.

Exclusive Persimpatia concert and documentary screening to be held in the Sala Paranimf in the historic building of the University of Barcelona. Paul Giger and the harpsichordist Marie-Louise Dähler will treat the audience to an incomparable performance in which four different violins, two made by Ricard Margarit, will be played. Hot-off-the-press images filmed in Switzerland to be screened beforehand.

This stunning 12th century monastic ensemble, which is just a stone’s throw away from Ricard Margarit’s workshop, will be the venue for the second exclusive Persimpatia concert. As a musician in search of resonance, Paul Giger will be in his element in the church at Santes Creus. Together with the harpsichordist Marie-Louise Dähler, Giger will play a line-up of his own compositions using four different violins, including two made by Ricard Margarit.

How can I get concert tickets?

They are given in exchange for a donation. NOT ALL PLEDGE PACKAGES INCLUDE CONCERT TICKETS, SO MAKE SURE YOU READ CAREFULLY!

Please also note that tickets must be acquired prior to the concerts, we can't sell them on the door.

My pledge package contains concert tickets. How do I let you know which of the two concerts I’d like to attend and how will you give me the tickets?

You'll receive a short form to specify your venue choice. If your pledge pack includes several tickets you can allocate them as you wish. Tickets need to be picked up on the door, just before the concert.

What if I can’t come to the concert?

All pledge packages titled HOME have been put together for those of you who want to participate in the experience but can’t travel to Barcelona. Two of them include a video download of the Paul Giger concert. 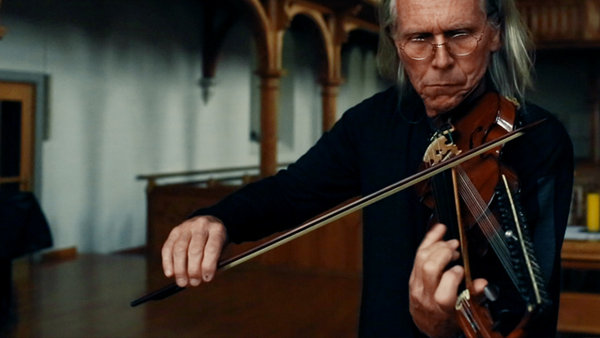 2.You’ll be contributing to an independent, cultural project that stands apart from the mainstream and isn’t constrained in any way by commercial or ideological demands.

3.To help a creative community of instrument makers, musicians and a film crew move forward, develop and promote their talents.

What will my donation be used for?

To finance the Persimpatia: Paul Giger documentary and concert production.

When will I receive my rewards?

Where can I find out more about the Persimpatia project?
www.persimpatia.com has Paul Giger music bites, photos and all the latest info.