Elisabet’s life begins to unfold as she dives into a creative and destructive process.

🪡 Your name in the film credits
🧵 Link to the official inspiration playlist for “Foscúria”
🦋 Link to a screener of the film
🌌 Three film stills postcards
🌀 Making-of
🐟 Link to the OST
🛁 Film poster (A3)
🪞 Personalized thank you video
🌙 Deleted scenes exclusive access
👗 Elisabet’s design sketches
💧 Postcard sent from Solsona while filming
🧷 Link to a screener of “La noia d’aigua (Water Girl)”
📝Script signed by the team
🕯 “Foscúria” candle
🪣 Set prop
🛋 Associated producer film credit
👁 Private film projection and debate with the team
🛏 DVD compilation of the film, deleted scenes, making-of, and bloopers
🥣 Dinner date with the team

Foscúria (Gloom) covers Elisabet’s emotional descent into surreal insomnia. The pressure and obsession she feels towards the world of fashion trap our protagonist in a struggle to regain control of reality.

Elisabet's story is a fictional psychological thriller feature film. Told from a female perspective and inspired by our own experience with insomnia, this is our graduation project for the degree in Audiovisual Communication at Pompeu Fabra University (UPF).

The intimate nature of the film evolves into cathartic and oneiric scenes, in which we are given the opportunity to experiment cinematically, while breaking the bounds of linearity and realism. At the same time, we deconstruct the male gaze associated with the genre and strive for non-romanticised representations of mental health issues.

Freshly graduated with a major in fashion design, Elisabet has always been passionate about chasing her dream. She’s a perfectionist obsessed with her creations as much as with her life. The excessive pressure she imposes upon herself to always exceed everyone's expectations leads to an unhealthy relationship with her work. She is given the opportunity to create a collection for a Spanish fashion atelier. Due to the pressure she has been experiencing for the past years, she can't continue to uphold the controlled and confident façade she has always projected toward her peers. Elisabet decides to conceal what is unfolding within her by hiding away at her deceased grandparents' house in Solsona. There, she will meet one of her childhood friends again, Júlia. The isolation and the ghosts of her past will trigger intense insomnia that will detach her from her sense of reality.

Maria Fontana plays Elisabet, a fashion design student who chases her dream fueled by her passion for dressmaking. During her years at university, she has developed an extremely perfectionist approach not only to her work but to everything that surrounds her. Everything must fit together according to her standards.

Part of Elisabet’s family is from Solsona (Lleida). She used to spend her childhood summers there with her grandparents and friends, among them, her friend Júlia. Solsona is a city within the province of Lleida, with a unique historical center filled with the traditions of a close-knit community. 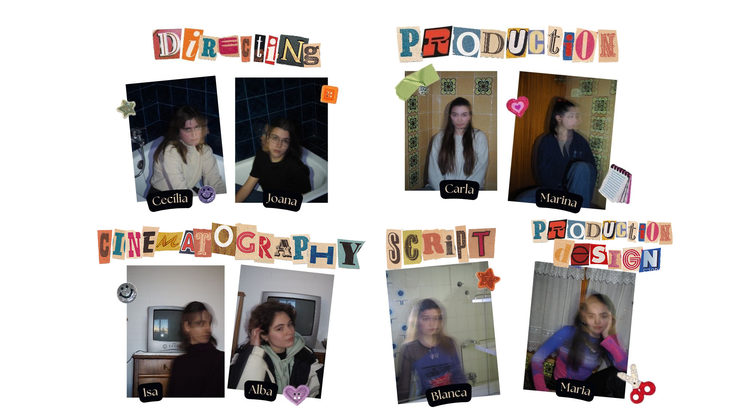 We recently worked together on La noia d’aigua (*Water Girl*), a short film about adolescence and friendship inspired by the magical river pools of Catalonia. Our short film was part of the Official Selection at the 12th edition of the Som Cinema International Film Festival of Lleida.

Our project is supported by several film professionals who are actively working in the audiovisual industry.

Núria Aidelman - Pompeu Fabra University graduate and teacher. Xcèntric programmer since 2003 and Gandules programmer since 2005. She codirects “Cinema en curs”, an experimental project for cinema workshops, at Associació A Bao A Qu, dedicated to teaching creativity.

Clara Roquet - Director and writer of Les bones nenes (2017) and winner of the Goya award for Best New Director with her first feature film Libertad (2021).

Elena Martín - Director, writer, and actress. Her first feature film as an Audiovisual Communication graduate at UPF, Júlia Ist (2017), won the Silver Biznaga award at the Málaga Film Festival. She has performed in films such as Les amigues de l’Àgata (2015) and Suc de Síndria (2019). She is currently in the development of her next film, Creatura. We are lucky to have her support in how to direct actors.

Aitor Martos - Graduated in Audiovisual Communication at UPF. He is the producer for Cafè per emportar (2014), La propera pell (2016) and Entre dos aguas (2018).

Carolina Sourdis - Colombian Ph.D. researcher and filmmaker based in Barcelona. She combines film creation with cultural affairs, teaching, and research. She has published articles in several books and specialized magazines such as New Cinemas or Alphaville.

Lluís Sellarès - Graduated as a direction major at ESCAC with his final project L’home llop (2016), a short film that explores absurdity through comedy. He has written and directed episodes in the series Cardo (2021). He has also worked on films such as La hija de un ladrón (2019) and Alcarràs (2022).

In addition, Foscúria has the support of specialized institutions that have enriched the development of our protagonist and the film’s storyline.

Estivill Clinic – Counsel from Carla Estivill, a doctor in Chemistry at UAB and specialized in insomnia and other sleep disorders. She has guided the portrayal of insomnia and has helped us establish an accurate diagnosis of Elisabet’s sleeping habits and psychological profile leading up to her severe insomnia.

La Llotja. School of Arts and Design – The teachers Mercè Mir and Montse Serra have helped us accurately characterize Elisabet’s college and professional life as a fashion design student and confirm the accuracy of her profile. We are also collaborating with two fashion design students from this school: Toni Lluís and Carlota Vives. They are both working on the prototype that Elisabet has to design and craft during our film, so they are providing the artistic abilities of fashion design that we are unable to recreate ourselves.

We are also lucky to have Carolina Puiggròs’ help as a fashion design student at IED (Istituto Europeo di Design) in Barcelona. She has helped us immerse ourselves in the highly complex creative processes behind each project, as well as provided orientation about the industry and materials to use for production design and props.

Foscúria is a university project, specifically our final degree project that will allow us to graduate, meaning that we receive support from our university in the development of our project and a fraction of the technical equipment. 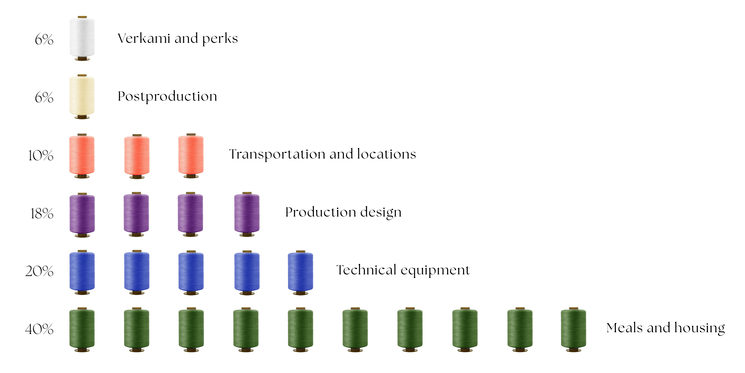 Therefore, most of our budget is dedicated to hosting, transportation, and meals for all of the artistic and technical team –who are collaborating altruistically– for our shooting in Solsona. The perks we offer are of symbolic value and each pack will be fully destined to help us cover the necessary expenses to bring our project to life.

We are working with the following calendar, and we are currently in preproduction of our film.

The perks will be delivered starting September 2022.

Follow our Instagram – @foscuria – or visit our website – https://foscuria.wixsite.com/foscuria – to discover more about the project and keep up with the latest updates. We greatly appreciate any help in sharing and supporting our campaign.

For any questions, you can get in touch with us at projecteinsomni@gmail.com.

🪡 Your name in the film credits
🧵 Link to the official inspiration playlist for “Foscúria”
🦋 Link to a screener of the film
🌌 Three film stills postcards
🌀 Making-of
🐟 Link to the OST
🛁 Film poster (A3)
🪞 Personalized thank you video
🌙 Deleted scenes exclusive access
👗 Elisabet’s design sketches
💧 Postcard sent from Solsona while filming
🧷 Link to a screener of “La noia d’aigua (Water Girl)”
📝Script signed by the team
🕯 “Foscúria” candle
🪣 Set prop
🛋 Associated producer film credit
👁 Private film projection and debate with the team
🛏 DVD compilation of the film, deleted scenes, making-of, and bloopers
🥣 Dinner date with the team