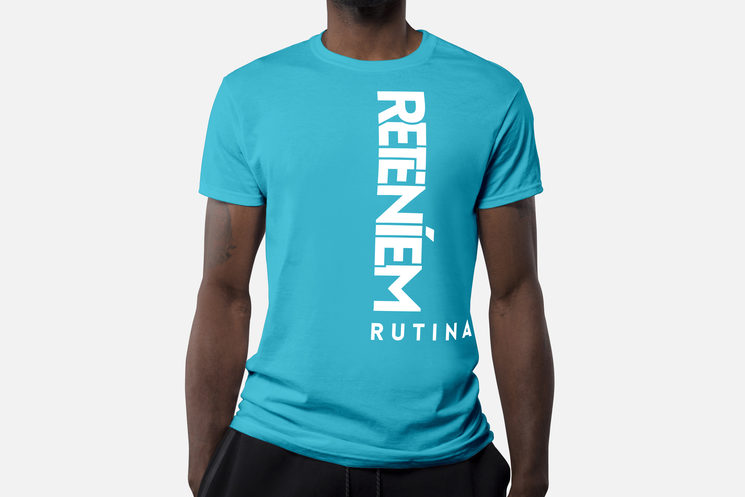 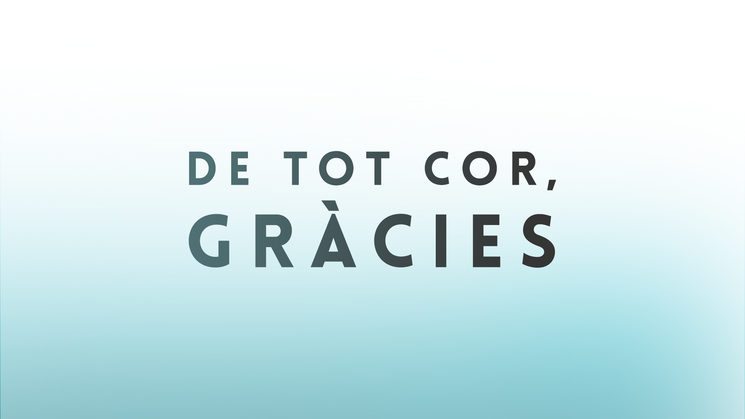 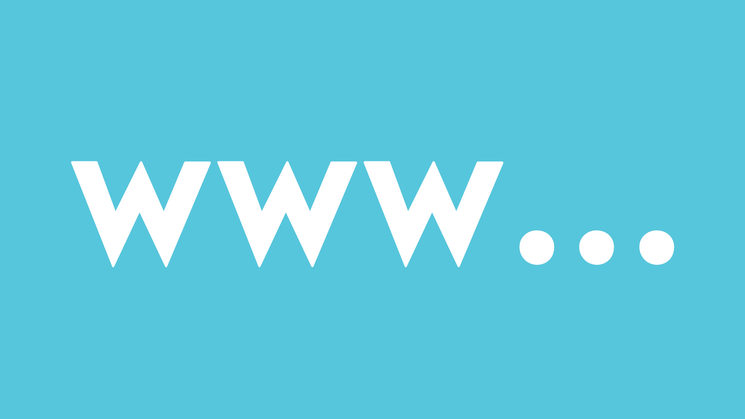 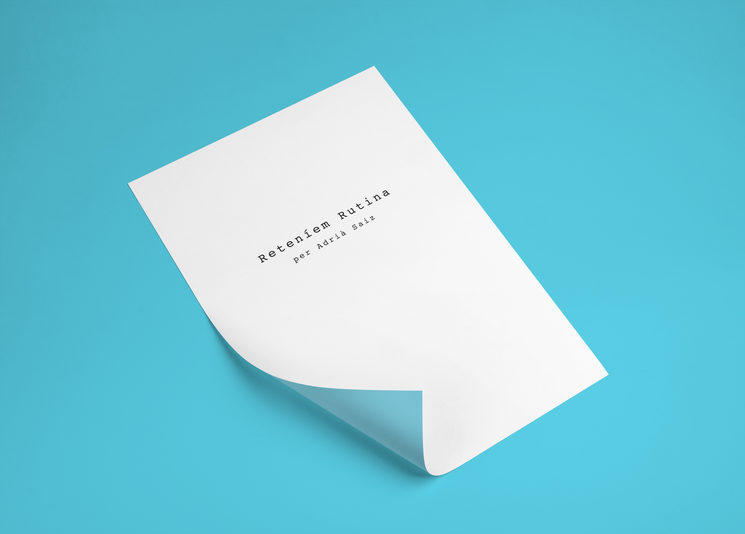 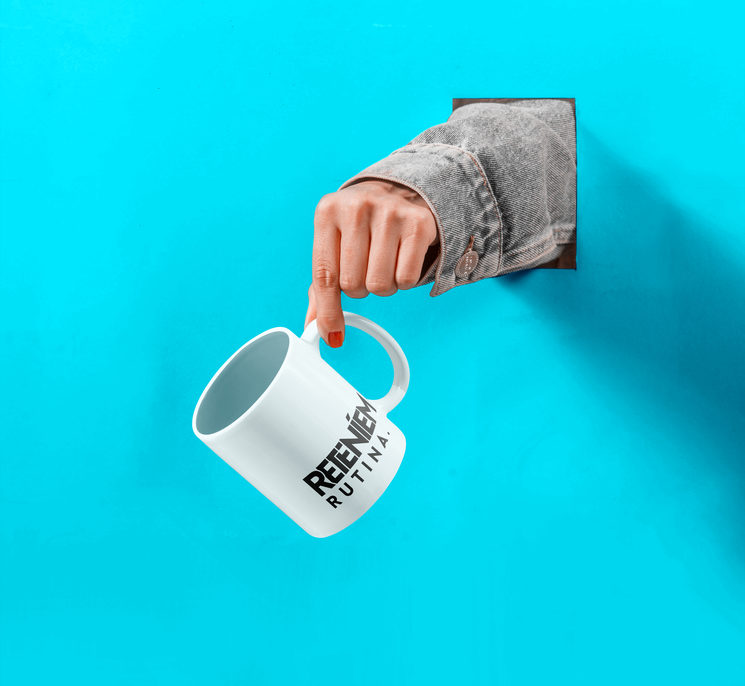 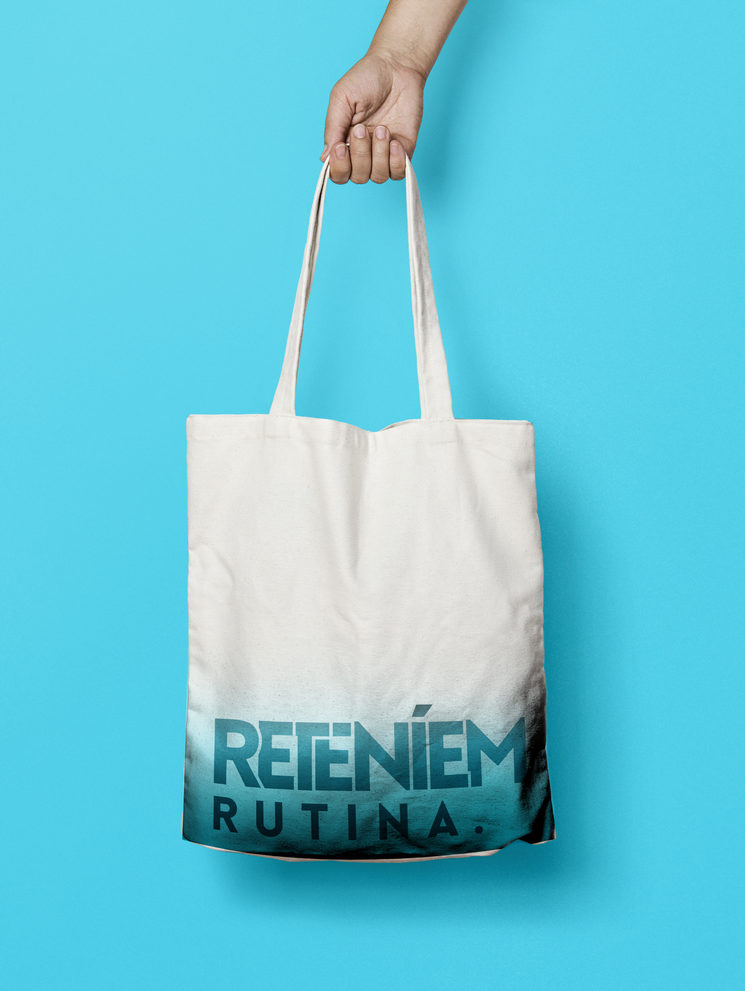 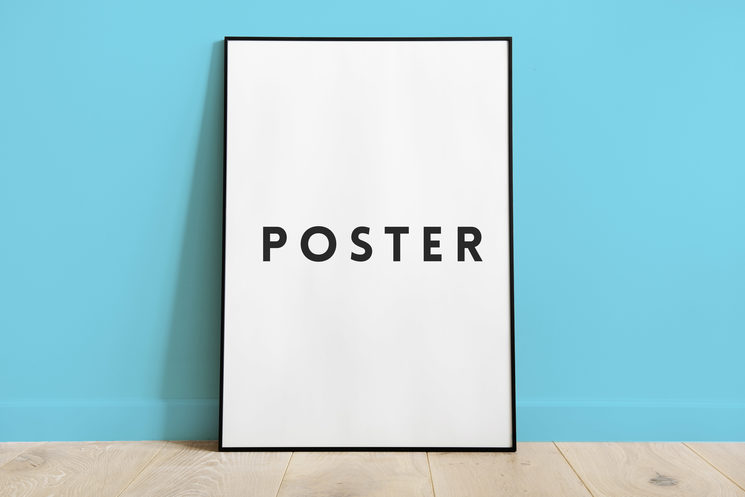 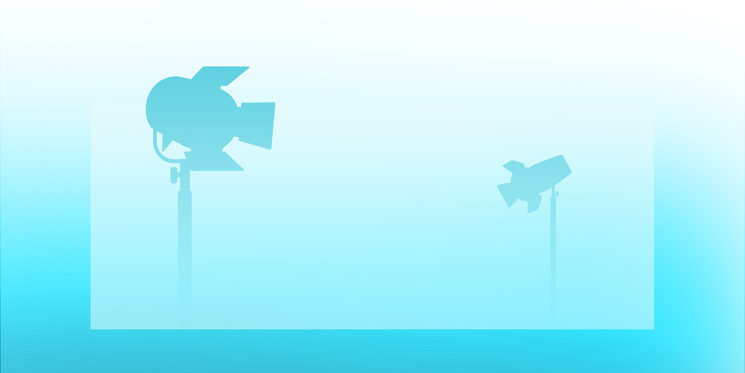 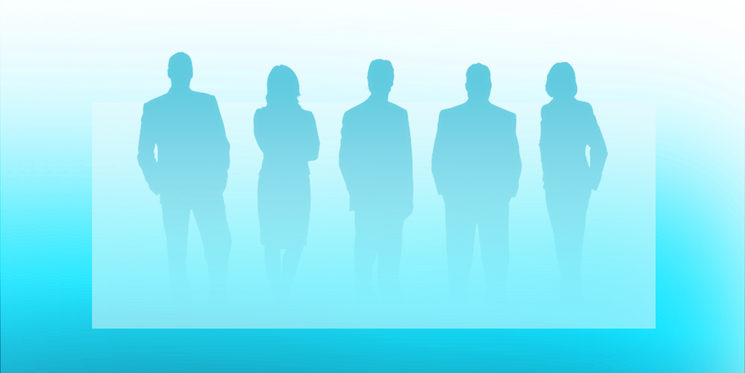 This project arises as a synthesis of four final projects of the Tecnocampus Mataró (UPF), with Adrià Saiz as Director, Oriol Monguilod as Director of Photography, Biel López as Editor and Joan Sanmartí as Graphic Designer, corporate image and social networks. We also have the invaluable collaboration of a great team of people and the support of the cooperative Erol Urbà.

Reteníem Rutina begins as a project that reflects the lives of some young people who at one point in their lives made a bad choice. This decision has dragged them along since then and now, once they have been able to get rid of some of this burden, they realize that to start their own journey they have to look back and learn from their mistakes, that they need to know who they are in order to emerge and be happy.

After getting to know the stories of some former inmates of supervised apartments, an unexplored and unknown universe is discovered that does not live so far from our daily life. Some people come to light who face the dull and melancholic atmosphere that emerges with the wear and tear of the years and decide to change the course of their future.

In this way, the web series Reteníem Rutina seeks to make a situation known by pointing out the social factors that prevent it from becoming normal. The only hope for the characters to heal their scars is to embrace the life they are given and above all, never lose sight of the humor.

Dani and Carles live in a sheltered flat after having gone through a detoxification centre. The life of the two young people, who are stuck in the monotony of their routine, is altered by the entrance to the flat of Olivia, a new companion whose character will shake the consciences of the two young people and awaken a change of route in their lives. 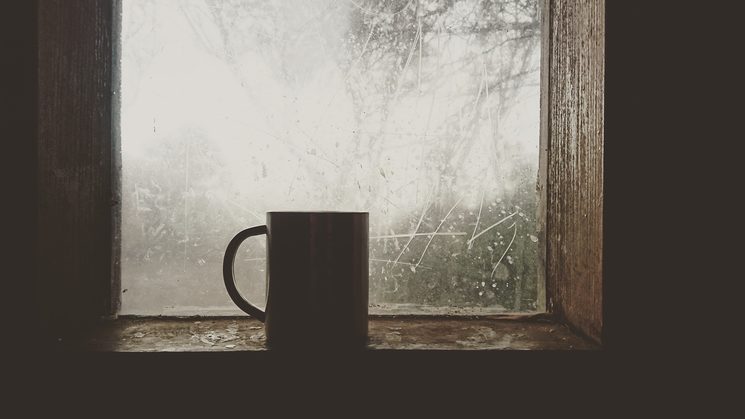 Carles (Aleix Muñoz): is a young man adopted from Colombia. He arrived in Girona at the age of 7, and from a very young age began to get into trouble with other children. His parents have always tried to keep him on the right track, but this one, time and again, has gone off the rails. All his little mischief was dramatically accentuated when he started taking drugs. This produced a non-specific cluster B behavioural disorder in him, making him unable to tolerate any refusal from authority. In addition, what was initially a game, led to a strong addiction to cocaine. At the age of 19 he committed a crime from which he could escape prison if he entered a detoxification centre, where he spent 2 years. His parents, in desperation, have thrown in the towel, to the point of banning him from the house if he does not drastically change his behaviour. His greatest wish is to regain his lost trust in his adoptive parents, but he is currently at a standstill, as he believes he is unable to leave his comfort zone. She has a great friendship with en Dani and does not have too much difficulty to please the girls.

Dani (Dani Dengra): is the only son of a family of Andalusian immigrants who moved to Mollet del Vallès in the 1980s. His father is 50 years older than he is, which is evidence of a large generation gap. The relationship with his father is difficult because neither one nor the other understand each other. On the other hand, his mother, fifteen years younger than his father, is very overprotective and has spoiled her son since he was a child. He is a cheerful and extrovert boy, but he has never belonged to a stable group of friends. He has had several identity crises because he does not fit in with his daily life, a fact that led him to meet different people from different groups and try to do whatever it takes to fit in. At the age of 15, parallel to his first drug use, he began to drop out of school, unable to finish his ESO. His biggest dream is to become the pride of his father and to stop his mother from seeing him as a little boy. He is currently studying an average degree in finance through the IOC (Open Institute of Catalonia) and spends much of his time watching Japanese anime series.

Olivia (Clàudia Puntí): is a young woman who has just come out of a detoxification/therapeutic centre and although she does not want to show it, she is suffering from a great identity crisis. She has realised that all the steps she has taken, or at least most of them, have taken her away from the one her family wanted most, even if she did not have it clear. Since she was a little girl she has been living in juvenile centres after her mother lost her guardianship. At this time, bad company influenced her life to the point of taking her to drugs. She loves music, dancing and in general anything that contains feeling. She has learned to protect herself from the outside world and from people through a metaphorical armor, where she does not let her personality out or third parties in. However, getting rid of this armor is fundamental for her progression as a person. Of the few things he retains from his old life, tobacco and a constant need for male companionship stand out, elements with which he will also have to break away. 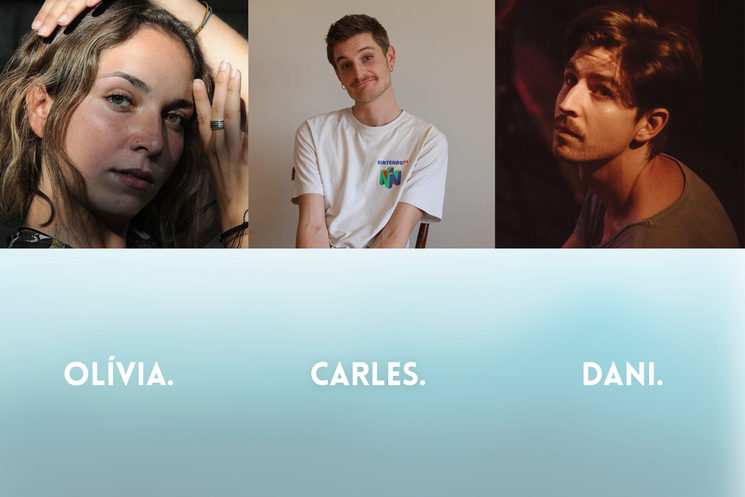 For the correct production of the pilot chapter - and as in every audiovisual production - we need to have a concrete budget to be able to cover the minimum expenses involved in the six days of shooting foreseen. The total budget for the production of the project is closed at 2,470 euros, broken down in the following list: 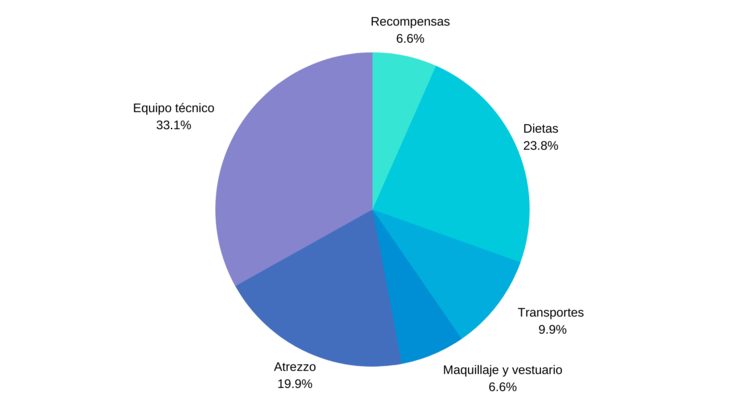 During the last few months, we have been working on the pre-production of the project, either looking for the casting or the locations, making the technical script, devising both the lighting and the art design... To have everything ready to shoot at the end of April. During May and June the post production will be done and the rewards will be given during the months of July and August. 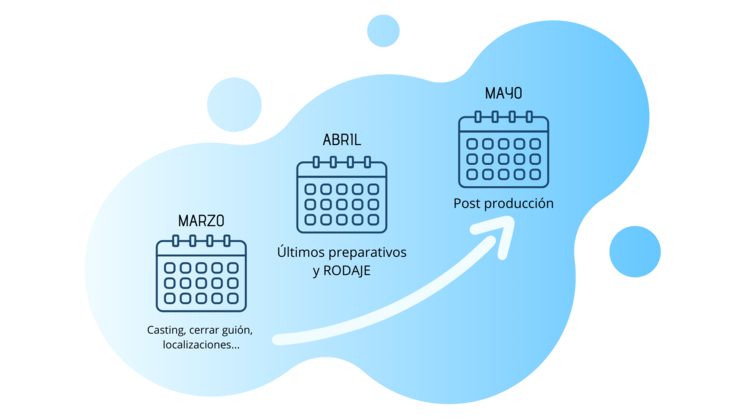 We have designed a series of rewards to suit everyone's pockets, from a modest contribution of 5 euros to the opportunity to be an associate producer of the project, to mugs, T-shirts... And so receive a product from Reteníem Rutina while collaborating to move the project forward.