"Loving too much, too less"

"Loving too much, too less" is a dance video born from its original poem and the need to portray it through the camera and body movement.

Contribute to the project 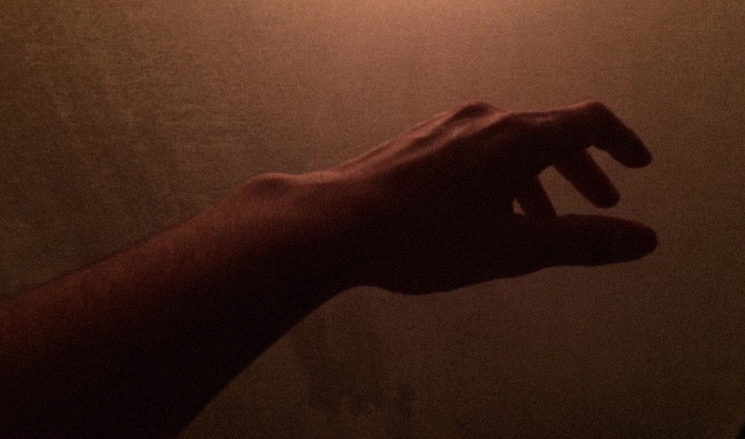 Mention in the credits.
+ Online viewing.

Estimated delivery February 2020
20€
4 backers
MANY THANKS! 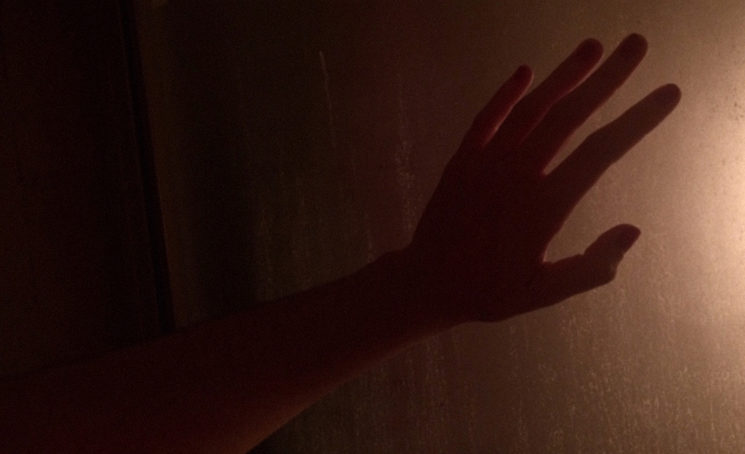 Mention in social networks.
+ Online viewing.
+ Mention in the credits. 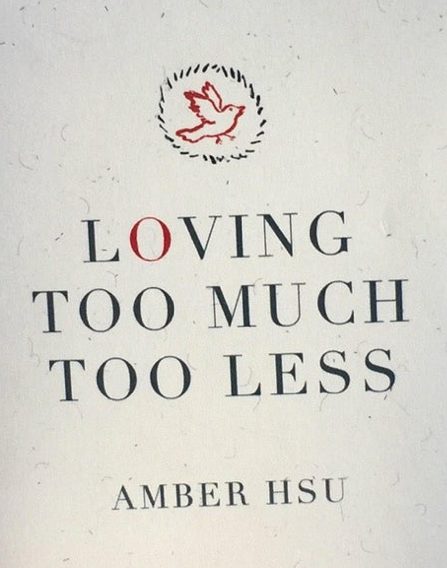 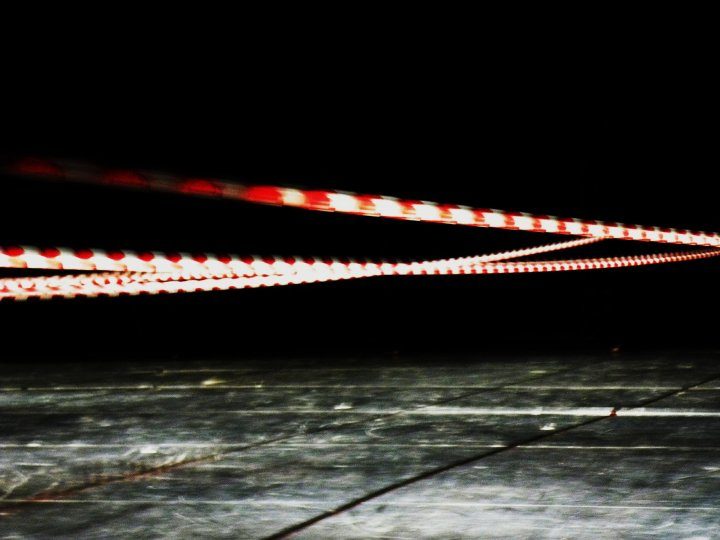 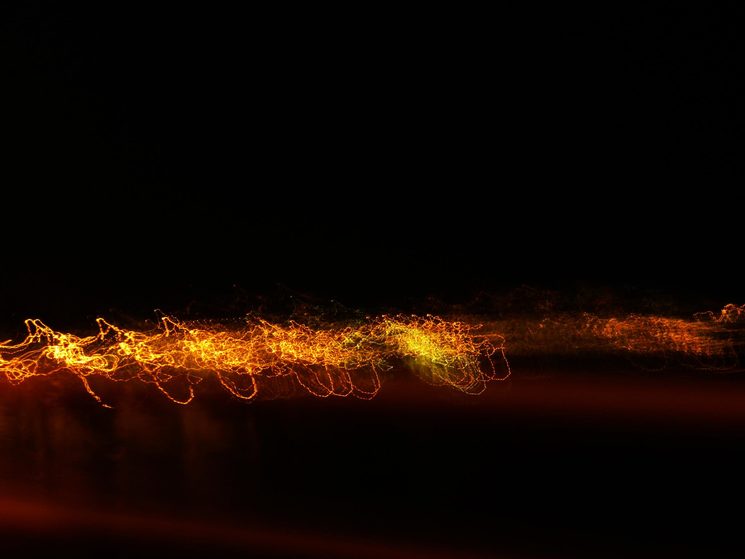 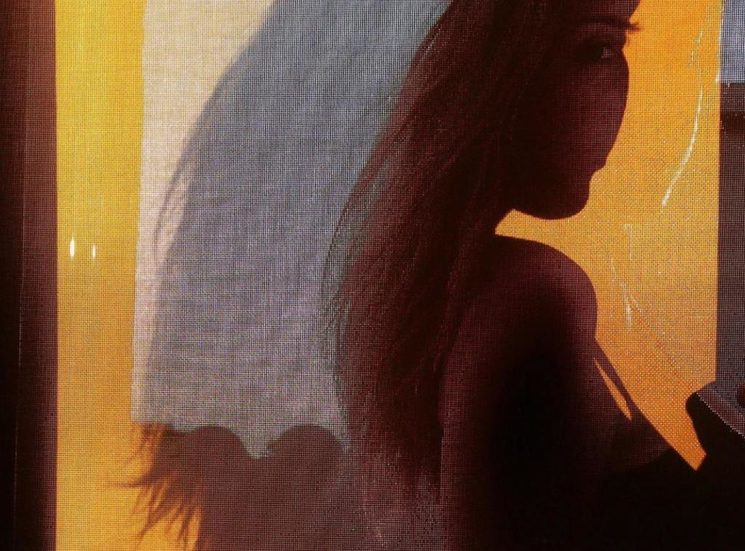 "Loving too much, too less" is a dance video born from its original poem and the need to portray it through the camera and body movement.

The poem was created back in 2016 at Tate Modern Gallery through The One Pound Poems Project. Carolina Romillo (the director) gave Amber Hsu (the poet) the title "Loving too much, too less" and she spontaneously wrote the beautiful poem:

"LOVING TOO MUCH, TOO LESS"

"I wish there was a magic

Jar of some sort, something

With just the right marks,

A metric of means of some sort,

Something to tell me just

How much and how right or wrong

It is to love.

Because I can never know,

How much to love just as yet.

There must be a perfect measure

Carelessly laughing at all of

Poetry, film, dance and music. All together creating a piece that pictures the struggle between loving too much and loving too less; the struggle of finding the right measure to love.

Originally from Havana, Cuba, she moved to Barcelona at the young age of five where she later decided to study Film and TV at Blanquerna Comunicació (Universitat Ramon Llull).

In the last years she has found base in Berlin where she continues to work and develop personal projects.

Her first work as a screenwriter and director was "Dos por Uno" (2FOR1, 2014), a 28 minutes long documentary exploring the communication, relationship and social dynamics between twins which was selected in Docs Barcelona 2015 and screened in Barcelona TV.
"Una tarde diferente" (A different afternoon, 2018) is her second piece as a director which won the award as Best New Director in Winchester Film Festival 2018 and have been selected in many other festivals around the world.

"Danza Contemporánea de Cuba on tour" (2019) is her most recent piece: a 40min. long documentary which follows the famous dance company touring around Europe and shows us their professional and creative interactions from a very intimate point of view.

Born in Barcelona, Helena is a catalan cinematographer with a background from both artistic and documentary photography. She studied cinematography at ECAM.

She shows a strong interest in the international narrative and visual storytelling. She started working at the camera department in feature films, commercials and music videos with cinematographers Rob Hardy BSC, Oscar Faura AEC or Pau Castejón AEC among others. Shortly after she realized her passion was to be behind the camera.

In the past years, she first began exploring the no-boundaries existing in experimental and contemporary dance short films, seeing all the possibilities to express emotions combining visual narrative and body language, leading the collaboration with director Damián Muñoz (Spanish National Dance Award) “Deep Show” to be a finalist at Sundance TV Shortfilms. In 2019 she was selected to be part of Locarno Young Program at the Locarno Film Festival.

Joel Suarez Gomez was born in Holguín, Cuba in 1988.

At the age of 9 years, he started studies in the Escuela Elemental de Ballet Alejo Carpentier and graduated as a dancer in the Escuela Nacional de Ballet de La Habana in the disciplines of classical ballet, Cuban modern technique and Cuban folklore.

After graduation he became part of the National Ballet of Cuba (BNC) and later on 2008 started working with the Cuban company Danza Contemporánea de Cuba (DCC).

As a member of DCC, he got to work with Julio César Iglesias Ungo, George Céspedes, Mats Ek, Ana Laguna, Rafael Bonachela, among others. Furthermore he has participated in the creation workshops and performances of Juan Kruz Diaz de Garaio Esnaola, with whom he has collaborated with the choreographic assistance in the piece Casi.

His artistic interests have taken him to explore some other directions and disciplines parallel to dance. He has been invited to the 11na Bienal de Artes Plásticas de La Habana. He goes on to explore visual arts as part of his approach to dance and performance.

Since February 2013, he has found base in Berlin where he develops personal projects and practices, also continuing several engagements with the likes of Sasha Waltz & Guests, Stephanie Thiersch, Saar Magal, Juan Kruz Diaz de Garaio Esnaola and other artists around the world. Interdisciplinary collaborations, new performative practices, analysis, community, friendship are key words that define his artistic interests. He is part of emerging group based in Berlin working at the moment on the translation from music to dance of Present Time Composition, an improvisation method developed for musicians by Allan Bern.

He is part of an ongoing collaboration with Aldina Michelle Topcagic (ArtAlive) and William Walker, they develop a series of space related present time composed pieces in museums and galleries around the world.

She has written for and with the Royal Court Theatre, the BBC, Islington Youth Theatre, Orange Tree Theatre, and National Theatre Studios amongst others. She recently adapted a collection of myths from Ovid for young audiences for the Royal Shakespeare Company, and is currently under commission with them to adapt stories from Chinese Classics.

In 2017, she was named to the BBC‘s New Talent Hotlist. Her short film script The Match Girl was produced by BBC3 in 2016 for Series 1 of their groundbreaking series #TheBreak.

In 2014, she was awarded a Film London London Calling Award and commissioned to make her first short film: Next Time.

She is also the creator of #OnePoundPoems — a live, verse-making endeavour involving a 1936 Remington Portable typewriter, a handful of willing poets, and the goodwill of strangers.

In 2013, she conceived of and created Tiny Pencil — an independent, artist-led, anthology artzine and press dedicated to the lead arts.

Once, she also worked in a morgue.

He studied musical composition in Havana under the tutelag of Maestro Alfredo Diez Nieto (National Music Award). Later he improves his formation in Europe with important international composers such as Leo Brouwer, Sofia Gobaidulina, Tristan Murail, among others.

As sound artist he has been part of collective fine arts exhibitions in the cities of Los Angeles, Miami, Barcelona, Jena, Berlin and Havana.

As musical composer his works have been played in Spain, Portugal, Italy, Germany, Belgium, the United States of America, Mexico and Cuba.

WHAT DO WE NEED THE MONEY FOR

All the received money will be mainly used for all expenses as: renting the space/location, renting the technical equipment (camera, lights, sound, ...), transportations expenses, food expenses, and post production expenses.

The calendar mostly depends on how fast we manage to have the money to make it real.

Ideally we would love to shoot in October/November.

Post production would be then during December and you would be able to receive the rewards around January/February.

ANY HELP WILL BE HIGHLY APPRECIATED <3

Mention in the credits.
+ Online viewing.

Estimated delivery February 2020
20€
4 backers
MANY THANKS!

Mention in social networks.
+ Online viewing.
+ Mention in the credits.