The Sound of the Holocaust. Music to Remember (Dúo Metha)

Music in Auschwitz? A women´s orchestra? Discover history with this CD made with old melodies and our own compositions.

You will be a named patron in the presentation of the CD and in the Dúo Metha´s website.

Choose this option plus the reward pack you want if you wish to receive your reward in any country Outside Spain. You can include a few CD´s in the same shipment.

Digital download of the CD " The Sound of the Holocaust" 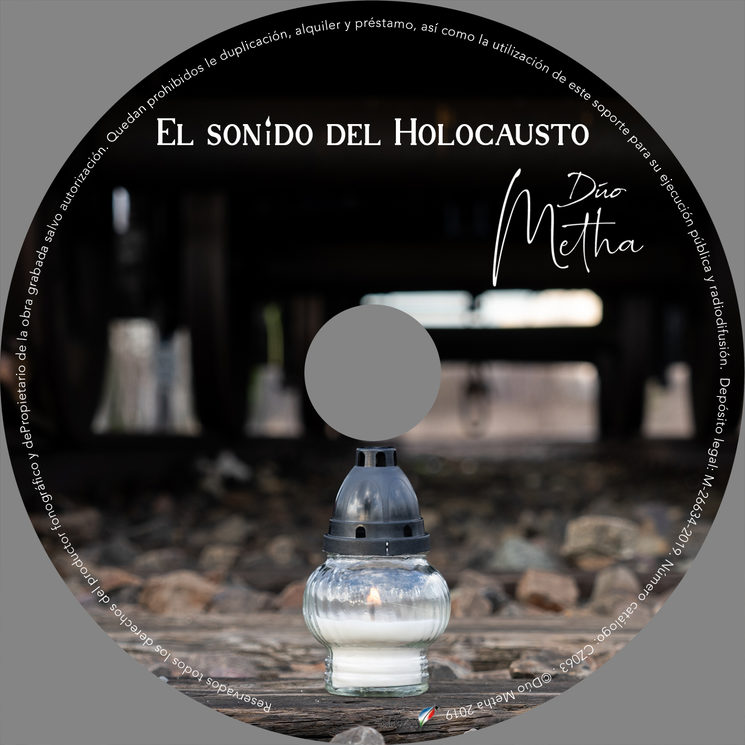 *For a concert outside Madrid you have to include costs (transport and accomodation).

“May our life path continue being music, that which one day saved lives.” 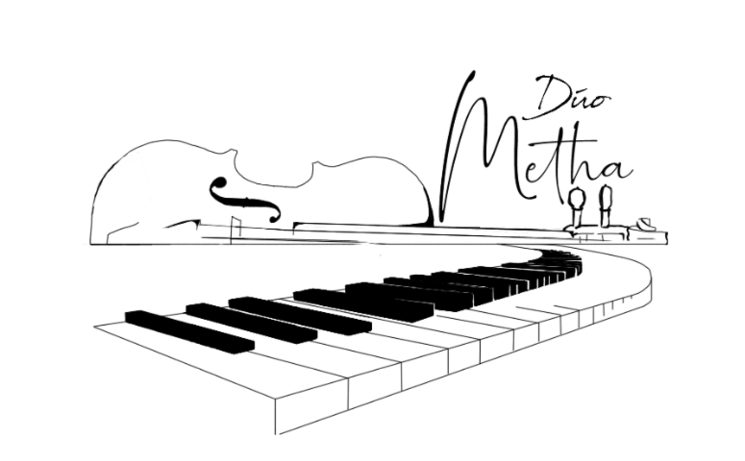 This CD is the result of years of research, dedication and effort.

Our wish is for this recording to pay tribute to the people who suffered one of the worst and most cruel periods in history, the Holocaust, Shoah.

The music presented by Dúo Metha in this recording, offers works which were played in the concentration camps and the ghettoes, composed under terrible conditions; or which played a fundamental role during the Second World War; as well as our own original compositions, inspired by and dedicated to all the victims.

In these songs, we gather the memory and pay tribute with the greatest respect and admiration to those who suffered, gave their lives, fought and saw in music the means to save their lives.

The objective is to raise awareness in society and prevent the tragedy from repeating itself.

Dúo Metha is the result of the common passion two siblings, Jorge and Rocio, have for music. After years of studying separately, one in Poland and the other in Spain, they decided to create Dúo Metha. They both studied their undergraduate and master’s studies under great maestros.

They have performed in some of the greatest music halls in Spain, Poland, Slovakia, Italy, and England.

For the past years, Dúo Metha has dedicated their time, effort and passion to the Shoah project. The cd “ The Sound of the Holocaust ” captures the entire essence of their work.

The project, “Remembrance of the Holocaust,” was born after our first trip to the concentration and extermination camp of Auschwitz-Birkenau. After extensive research we did about the different concentration camps, ghettoes and particularly the Auschwitz extermination camp’s archives, a desire arose in us to expand and make known the role music played throughout this difficult time, in the hope that we never forget this historical period nor those who suffered in it.

During these years of research, we have had the privilege of meeting numerous survivors of the Shoah, analyze documents, original sheet music, photographs, etc. 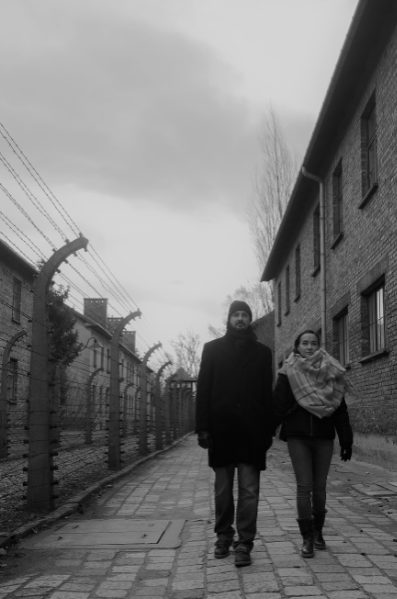 Using music as a universal language, our wish is that this period in time is never forgotten; our contribution is to share with everyone as many real facts, situations and personal stories that will help them understand and learn more about this moment in history.

“Go through the world and tell everything I have told you,”

About "The Sound of the Holocaust"

Our first album will include 17 musical pieces in a great variety. You will be able to experience history with our music, you will enjoy the range of musical colors and moods that will take you through a historic trip while feeling different emotions.

Great musicians and friends will participate in the recording, giving flavour to the disc with their instruments: cello, clarinet, trumpet, percussion, voice, and... Many more surprises!

Where we will record

The album will be recorded in the prestigious Cezanne Studio in Madrid with the sound engineer and producer Javier Monteverde. Great artists such as Ara Malikan, Juan Diego Flórez, Luis Eduardo Aute, Pitingo, etc. have recorded in Cezanne Studio.

What are we going to use your money for?

The creation of a CD needs a lot of work and dedication. In order to make this project real many resources, people and money are needed.

With your money we will cover a part of the expenses that we have:

GET your rewards NOW and help us make this project COME TO LIFE!

We will be announcing more details...

We are so excited to finally share this album with all of you. Thank you for being part of our CROWDFUNDING!!! We will send the rewards as soon as possible ☺️We thank you, as ever, from the bottom of our hearts for your support and patience!!!

LAST 3 DAYS!!! 😱🌟💽Once again thanks to all of you for making it possible. Only 3 days left to FINISH our CROWFUNDING. Get now your CD 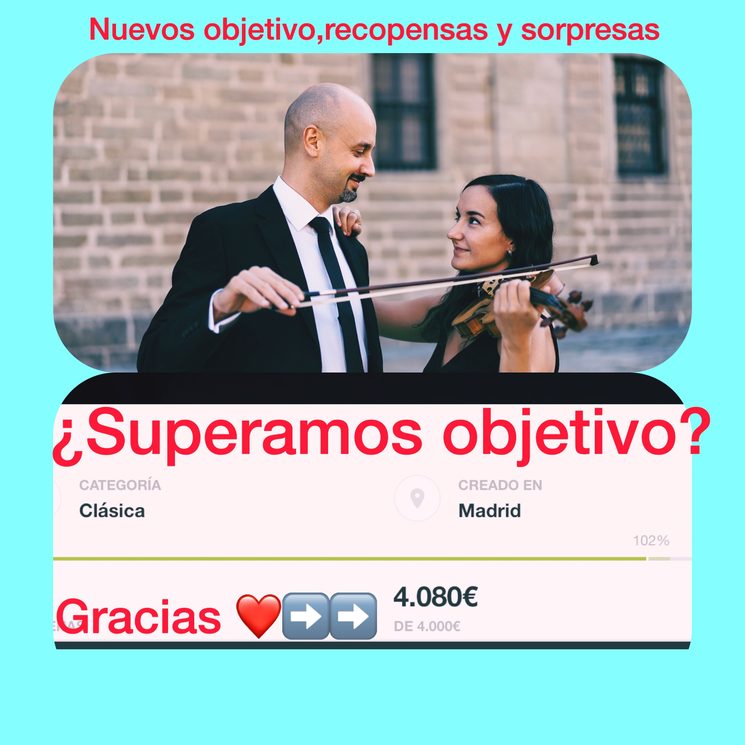 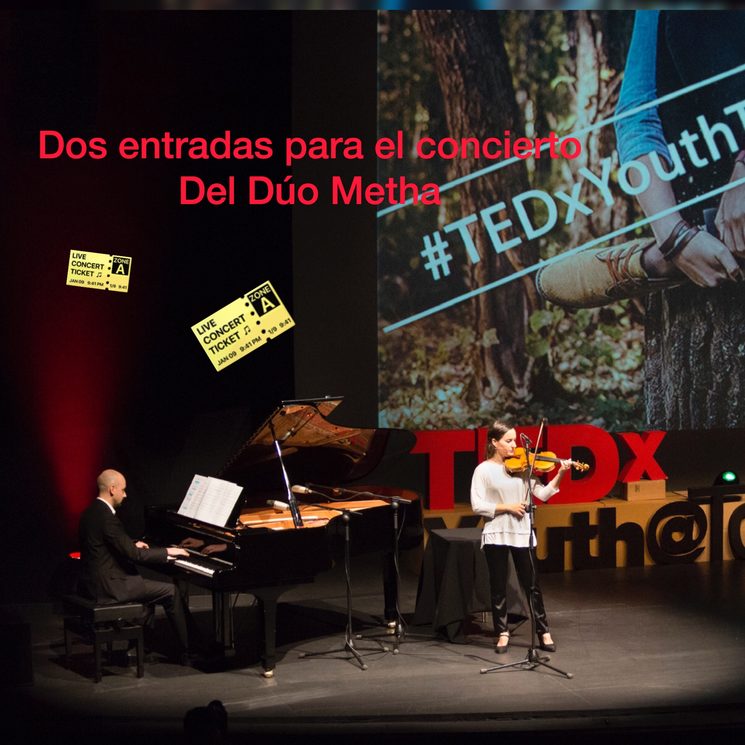 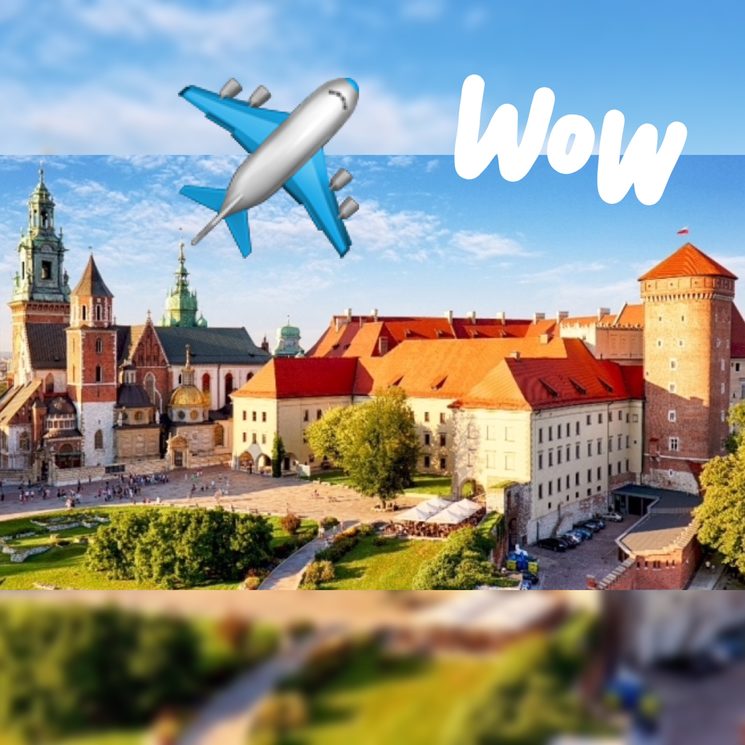 You will be a named patron in the presentation of the CD and in the Dúo Metha´s website.

Choose this option plus the reward pack you want if you wish to receive your reward in any country Outside Spain. You can include a few CD´s in the same shipment.

Digital download of the CD " The Sound of the Holocaust"

*For a concert outside Madrid you have to include costs (transport and accomodation). 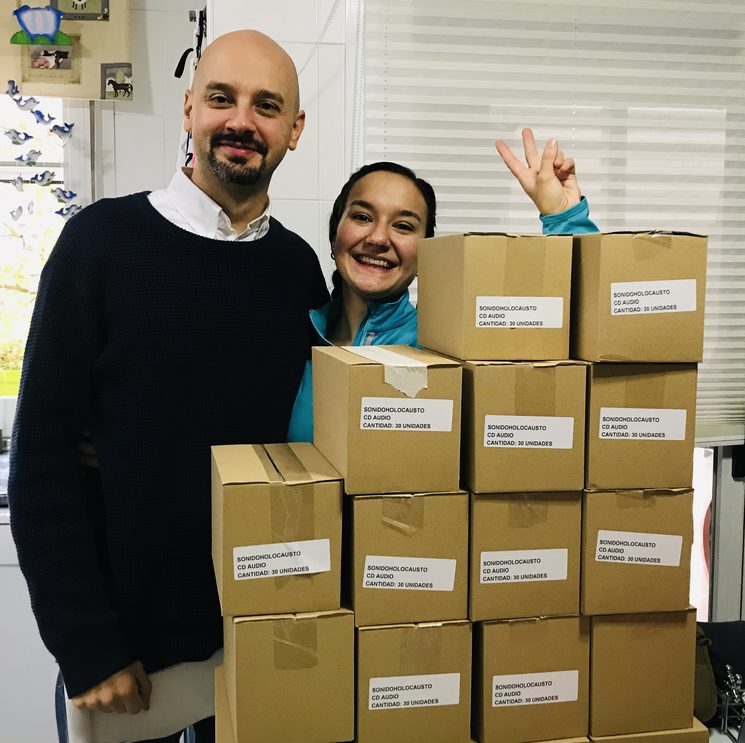 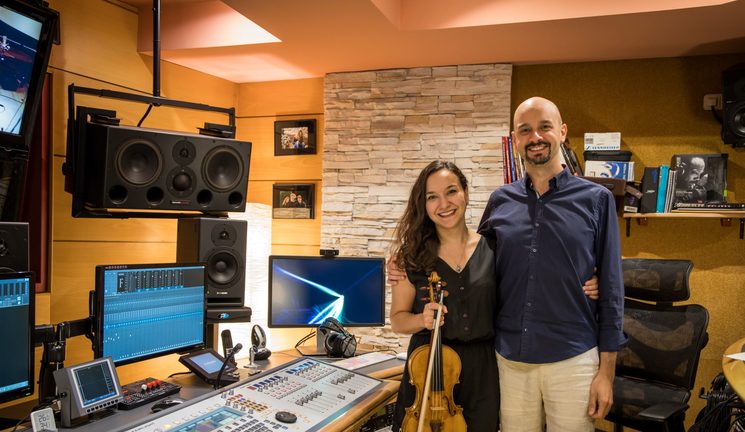 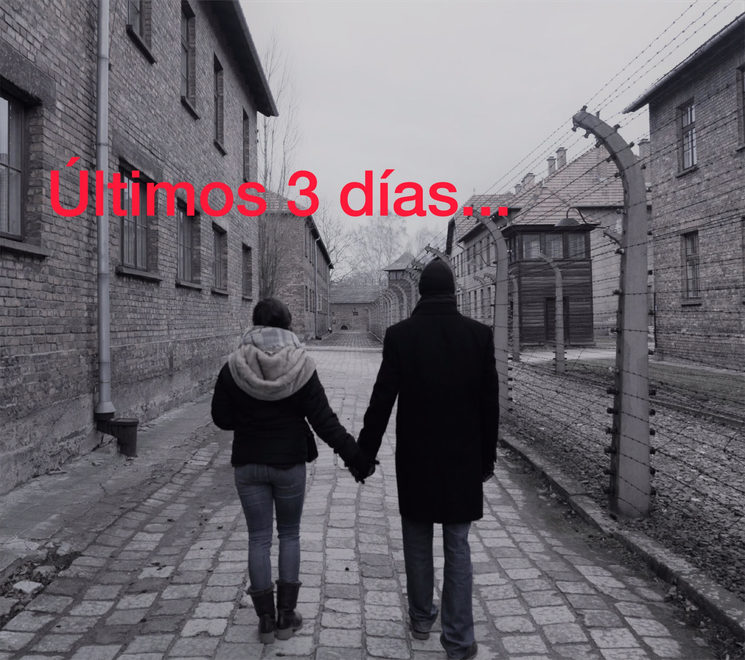