After more than 15 years of career, Ad Libitum faces its first record project

Delivery of the CD on October 19th after the concert

Delivery of the CD at the rehearsal which the sponsor attends, once the CD is released

(The chosen piece must be appropriate to the characteristics of the choir and must be agreed with the choirmaster).

(From 30km distance or more, travel and/or accommodation costs are not included. Date to be agreed).

The album will be delivered on the day of the event, once the CD is released

(From 50km distance or more, travel and/or accommodation costs are not included. Date to be agreed).

The album will be delivered on the day of the concert, once the CD is released

Hi there, SPONSOR! First of all, THANK YOU FOR READING THIS PAGE. We are Ad Libitum, the chamber choir of the Escola Coral Veus Juntes (ECVJ) from Quart de Poblet (Valencia, Spain), and we are about to record our very first album: Essència. With this project, we want to bring our music to you and all of those who do not know us yet, and to take a step forward in our musical career.

About us: a choir, a family

Ad Libitum is a group of young singers between the ages of 18 and 32, who share a passion for CHORAL SINGING originating from our parent organization (Escola Coral Veus Juntes),where many of us began to sing at the age of 4, and where we received our musical and choral education. Since its creation in 2003, Ad Libitum has grown to become a choral group with significant national reach. During our trajectory we have obtained numerous awards: 1 st prize in the Spanish National Grand Prix for Choral Singing (2017); audience award and special FIRACOR award in the Fira de Tots Sants Choral Contest in Cocentaina (2015, 2016); Honorable Mention (polyphony) in the International Habaneras and Polyphony Contest of Torrevieja (2016); among many others. Each of these alongside numerous national and international concerts and performances in outstanding venues such as Castle of Manzanares el Real (Madrid), Abbey Presbyterian Church (Dublin) and Basilica of Santa Maria del Popolo (Rome).

Our symphonic repertoire includes such great works as Händel's Messiah (complete); Bach’s St. Matthew Passion; Mozart's Vesperae Solennes de Confessore and Requiem; and Rutter's Magnificat, among many others. We have also taken part in various opera and ballet productions such as Mozart’s The Magic Flute and Poulenc’s Les Biches.

We have performed with many groups from the Spanish music world, for instance the Philharmonic Orchestra of the University of Valencia, Lyric Orchestra of Castelló, Eutherpe Foundation and Berklee College of Music. As of this year, Ad Libitum is the resident choir of Acadèmia CdM and Early Music Morella, a festival in which we will perform a concert conducted by Marco García de Paz.

Since 2007, our choir conductor is Francesc Gamón. He has studied orchestra conducting, choir conducting and piano, and is currently a professor at the Conservatorio Superior de Música de Valencia. He founded and conducts L'Arcàdia,an ensemble specializing in early music, an area in which Francesc has an extensive knowledge. He furthered his training at the ESMuC and Academia Chigiana in Siena.

Let’s talk about the CD!

For Essència, our first album, we have decided to include a varied repertoire from classic polyphony (Monteverdi, Victoria), to contemporary compositions by Eric Whitacre, Ola Gjeilo, Albert Alcaraz and Eva Ugalde.

Essència represents Ad Libitum’s soul. The works that we are recording have been a very significant part of our musical career for the past few years and our goal is to unveil the essence and message within each song. Therefore, now, we are facing our most ambitious project so far: recording an album.

Essència sums up our musical life, from 2003 until today, and it is a big step forward in our career.

The recording sessions will take place in April, in the Alfons el Magnànim Hall of Centre Cultural La Beneficència in Valencia. This beautiful hall has one of the best acoustics in the city and it will surely provide us the ideal environment for the interpretation of this repertoire. 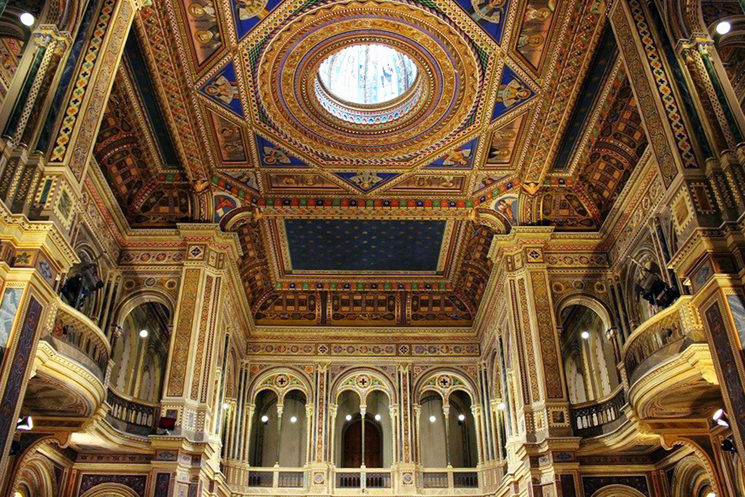 But this alone is not enough. In order to reach the quality of performance we have challenged ourselves with, it is essential to work with one of the best recording studios specialized in classical music, -DBC Estudios-, who have worked with first-class music groups such as Cor de la Generalitat Valenciana, Orquesta de Valencia or Capella de Ministrers.

YOU, us, and the Rewards

It is important to acknowledge that this project involves very high costs. An album recording requires the cooperation and effort of various teams (choir management, marketing, finance, recording equipment, logistics...), who must all work together. Each one of the crowdfunding rewards is designed for you to help us make our dream come true and, at the same time, for you to become a part of it. So thank you, THANK YOU FOR YOUR CONTRIBUTION AND SUPPORT.

We expect to release the album and have the rewards ready by October 2019.

International shipping fees are not included in the rewards’ value.

Baixeu per a valencià.

Delivery of the CD on October 19th after the concert

Delivery of the CD at the rehearsal which the sponsor attends, once the CD is released

(The chosen piece must be appropriate to the characteristics of the choir and must be agreed with the choirmaster).

(From 30km distance or more, travel and/or accommodation costs are not included. Date to be agreed).

The album will be delivered on the day of the event, once the CD is released

(From 50km distance or more, travel and/or accommodation costs are not included. Date to be agreed).

The album will be delivered on the day of the concert, once the CD is released