"Yo no soy Camille Claudel"

It is always written from the perspective of the winners, but this story reflects on the losers in the face of social expectations. 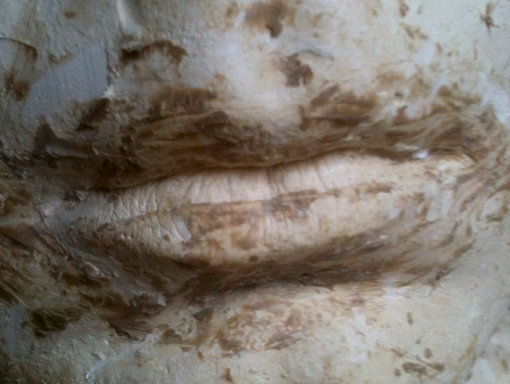 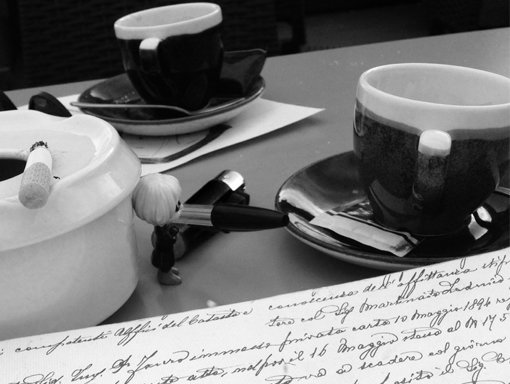 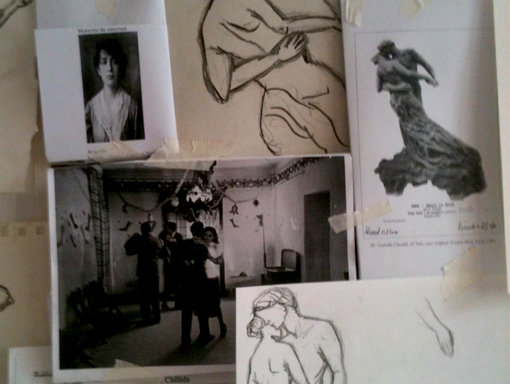 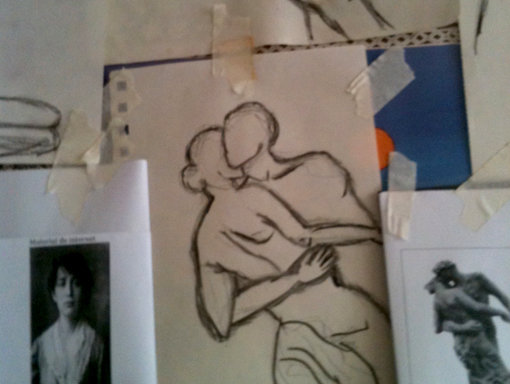 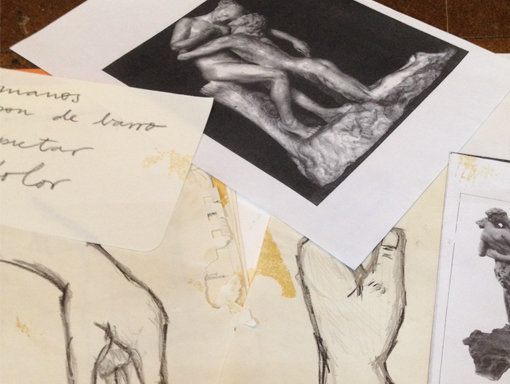 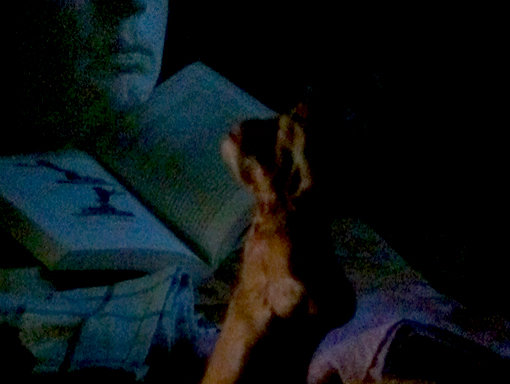 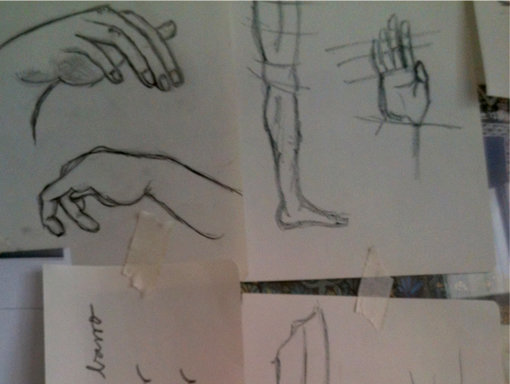 “Yo no soy Camille Claudel”

It is a theatrical project that starts from the life of the sculptor Camille Claudel and the fear of suffering an identical end: madness and loneliness.

From this engine is created a text where several characters question their creator, a writer in the midst of existential crisis. In one way or another, the text tries to respond to the anguish that means to see obsolete all those universal values for which we have fought and which apparently have no place in our time.

The staging proposes a journey between the symbolic and the realistic, an atmosphere that represents the internal world of the protagonist: his head. In it, the characters created by the writer will come into play, configuring an oniric language that mixes its harsh reality and the desires of the characters independently of it.

It is not a realistic montage, but it is articulated according to the events that occurred in a non-linear time, in which these events and their subsequent consequences are mixed in the destiny of the main character.

This project seeks a scenic proposal in which the set design will place the viewer in an abstract and timeless space, where each object will be a function of the story and its characters.

We are two crazy people united by the same dream: the theater. We have joined our efforts in this new creative project: “Yo no soy Camille Claudel”. We know that how any good project will involve a great risk and a great challenge, but we are also aware that we have our training and experience in the theater (more than 20 years). Even so, we need your support and help in this project, to make this dream come true.

I was born in Chile and I trained there, as a Bachelor of Arts and Professional Actress (1997), graduating from the hand of Alfredo Castro, in the assembly “Víctor o los niños al poder” Recently graduated I was part of the assembly “La Cocinita” and also of the premiere of the text by Ramón Griffero “Las Aseadoras de la ópera”.

I arrived in Barcelona to do a Doctorate that lasted two years. More than twenty years have passed and this city has become my home. During the preparation of the assembly “Animal Musics”, represented in the Grec of 2003, I met Juan Carlos, together with whom we formed a company, “La Jaja”. ". We worked together for four very fruitful years and had the pleasure of directing, acting and writing for that company. Years later I joined "Iré" directing “Trampas de Papel”

At the same time I have worked as a theater trainer in the areas of universal theater theory (University of Chile) and in vocal technique, interpretation and improvisation in Barcelona

Currently, I work as a teacher at “Plató de Cinema” and I have been linked for more than fifteen years as an art teacher to the “Laboratorio Escuela de Expresión Corporal Dramática”
More information 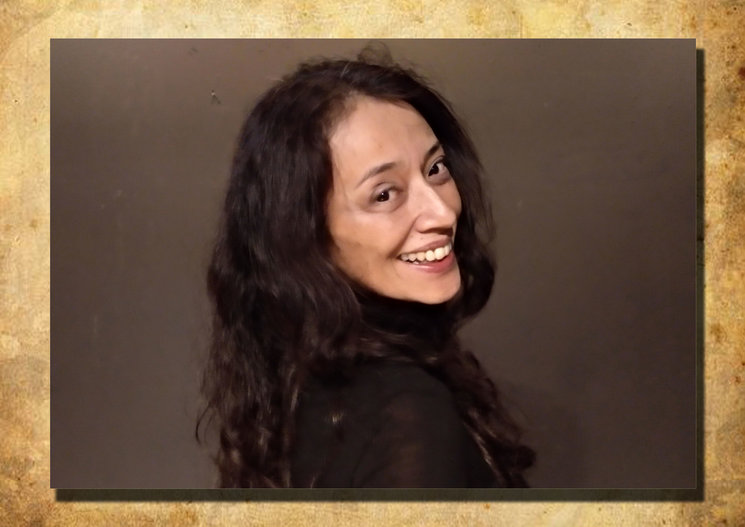 I am a graduate of the National School of Art of Havana, Cuba (1990) as Instructor Professor of Art in Theater. In Havana I worked as an actor in Theater, Radio and TV. In 1995 I founded Cía. of Teatro Iré with actress Alejandra Egido.

In 1997 I moved to Barcelona where I currently live.

At 51 years old I have enjoyed and made the most of my profession, having over 60 works in my possession, interspersing interpretation and direction. The pedagogy has also brought me 25 wonderful years of experience, currently working as a teacher of interpretation and method in the Film and Interpretation School “Plató de Cinema”.

During the assembly of “Animal Music” for the Grec Festival of Barcelona (2003) I had the great opportunity to meet Aída Moraga to which I am united, not only an endearing friendship, but a long and fruitful path of artistic work, which It has led us to the creation of this project.
More information 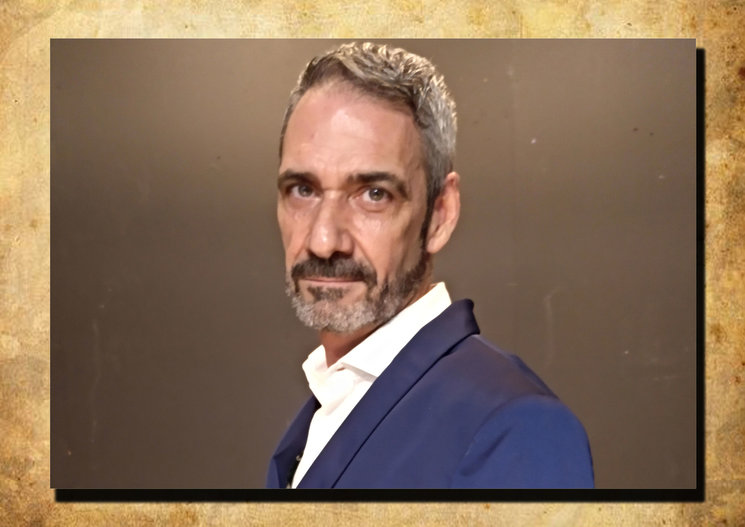 Approach to the text and correction of it.

Table work and investigation of atmospheres and body characters. 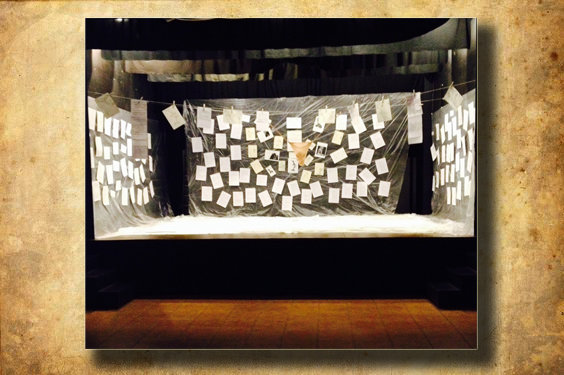 In contact with different rooms in Barcelona and Spain.

In contact with different Latin American Festivals for a possible tour of that continent.

Once the crowfunding is closed,*we will contact the patrons to inform them of the evolution of the project.*