"They will always be glorious birds" is Marcos García's first LP. The album is a honest summary of three beautiful years of composition 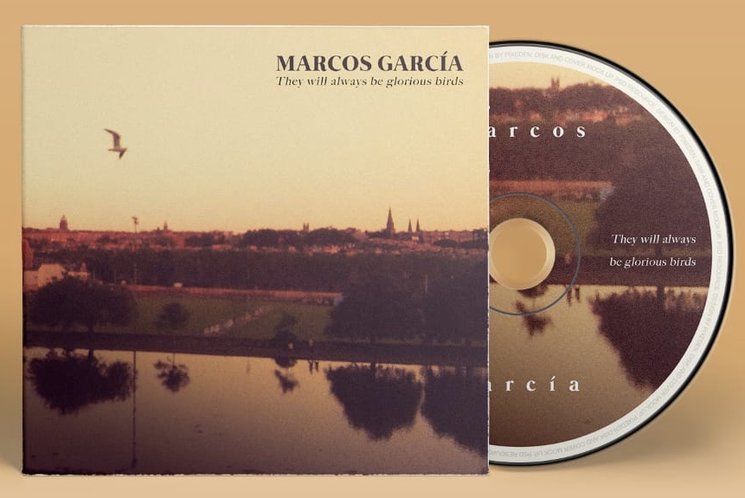 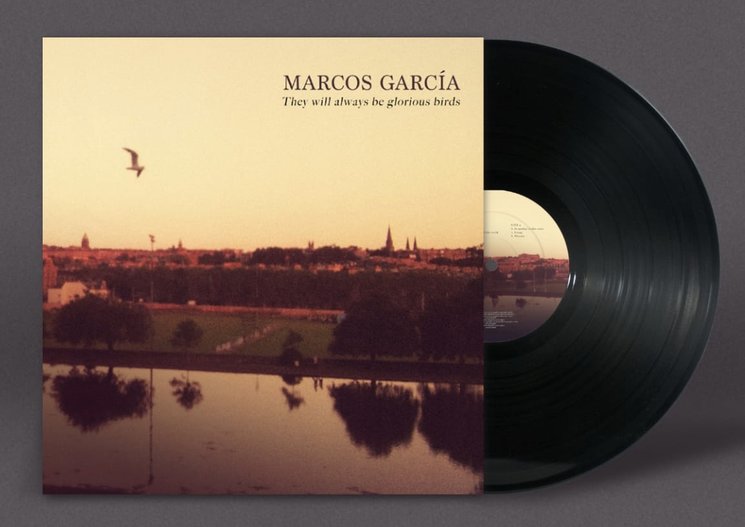 20€
23 backers
Your name on the acknowledgements! (and a CD with a personal dedication!)

Your name will appear on the album acknowledgements.

25€
18 backers
Ticket for a presentation concert! (and CD with personal dedication!)

Ticket for a presentation concert (they will take place in Bullas -Spain-, and Edinburgh -Scotland-). You can choose one

25€
3 backers
Your name on the acknowledgements! (and a VINYL with personal dedication!)

Your name will appear on the album acknowledgements

30€
0 backers
Ticket for a presentation concert! (and a VINYL with personal dedication!)

Ticket for a presentation concert (Bullas -Spain-, and Edinburgh -Scotland-) To choose one.

¡Get the DVD with the making of the recording process in the studio!

Book me for a private solo concert, in the place that you choose!!! It would be with a small number of people, but it could also work in a PUB.

Book two members of the band for a concert at the place that you choose! Includes Spain and Scotland

Book the band for a concert where you prefer! (For concerts out of Spain, the transport is not included)

Welcome everybody! My name is Marcos García. I am a musician and composer from Murcia, Spain. I grew up in a little town called Bullas, amongst vineyards and fresh air.

And now, after a lot of travelling, living abroad, studying, playing for a number of different projects and learning from many people... the time has come, one of the most special moments that I have ever experienced with music: I AM GOING TO RELEASE MY FIRST ALBUM!

This is the amazing result of a process that started when I bought my first instrument. I was just 7 years old. That's why I am so excited introducing this project!

The album is already recorded, but I need your support for releasing it. For that reason, I've decided to do Crowdfunding! 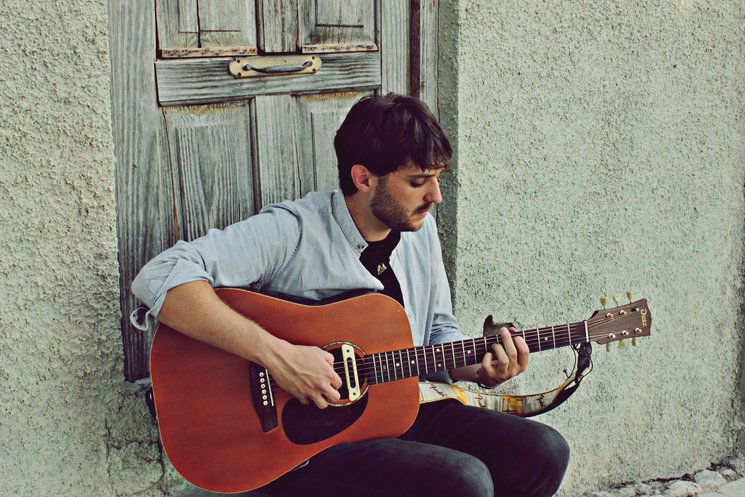 However, before explaining how to contribute, I'd like to speak a little bit about the record, so you know more about what you are contributing to. Thank you so much!

The album is called THEY WILL ALWAYS BE GLORIOUS BIRDS.

It is a compilation of 8 tracks (30 minutes) that varies from the purest and most delicate folk, to the hardest rock. Furthermore, everything is influenced by electronic music.

I wrote the songs over three years. Therefore, they have absorbed, little by little, all the things that have happened to me during that time. They have ripened and become stronger, like me, and for that reason they are very special.

I have worked a great deal on the lyrics: literature plays an important part. The lyrics are related to each other across the album, and they have been written in a honest way. I feel really happy when I listen to the record -it expresses so many things that I felt inside, and I could not have conveyed them in any other way.

The influences come from amazing bands such as The Beatles, The band, The Shins, R.E.M., Pink Floyd, Radiohead and The Smiths, as well as brilliant songwriters such as Sufjan Stevens, Bon Iver, Cat Stevens, Neil Young, Nick Drake and Leonard Cohen.

I am really excited about this work, and I hope that I can give it to you very soon!!!

Who has been involved?

For doing this album, I have been surrounded by wonderful musicians. We are:

The quality of these musicians is overwhelming, because, apart from the huge amount of hours that we have spent studying, we've got a common desire for doing creative and original stuff.

Also, we have had contributions from the amazing saxophonist Daniel Juárez! His wonderful talent gives a marvellous colour to the album.

Brais Ruibal has been at the studio table control, for both recording and mixing. His addition to the record has been terrific; it was a privilege to have such a professional and kind person working with us. You will notice the impact of his work on the quality of the final result.

The place that we chose for recording and mixing the album was Estudios Reno, in Madrid. A wonderful place where we experienced what a professional studio is like, and it had a marvellous and friendly atmosphere, which is very important for creating music. You will also notice that on the final result.

For the mastering, we had the awesome Fred Kevorkian, from Avatar Studios (New York). Fred has worked with incredible artists that I admire, such as The National, Iggy Pop or Willie Nelson. His contribution is the final step for making the album sound stunning!

I'd love to have your support, so that I can afford to pay for the costs of making this record, which I am preparing with a great deal of excitement! Thank you so much again!

Maxi, Jesús, Alfonso and I have played together since we were teenagers! This was when we decided to start playing my songs as a band.

Our friendship is evident in every moment of the album: the wonderful connection between us, and a unique energy. Our experience in the studio has been one of the best that I have ever had; everything felt natural, and passion, enthusiasm, effort and talent have shaped all the songs.

This is important, because music is communication, perhaps the purest kind that exists. When such feeling is shown by members of a band, the final quality is really magical.

With your support, we will be able to release this special record very soon! Thanks again!

If you contribute to the project, you can have several rewards, such as the album in different formats, tickets for the presentation concerts -there will be 2 officials: in Edinburgh (Scotland), and Bullas (Spain)-, a DVD showing the recording and making of the album, and even a private concert where you prefer (includes Spain and Scotland). I will also release a LIMITED VINYL EDITION.

The steps are as follows:

1) On the list at the right, you have all the possible rewards. They are grouped in different packs, so you have several combinations.

2) Look for and find the one that you like more.

3) After 40 days of campaign, if we have achieved the target budget, your contribution will be charged, not before.

4) Once the campaign will be finished, we'll order all the physical copies and I will get in touch with you to make the reward arrive as soon as possible.

The delivering costs are included on the price!

Note: if for some reason we don't achieve the goal, you will not be charged anything.

What is your contribution for?

With your support and your contributions I will be able to afford the cost of this album and to release it, so that you can enjoy it! The money will be for:

Mastering expenses: Fred Kevorkian has a special price for independent musicians, which will give us the opportunity to work with this legendary artist. The album will sound stunning!

Paying musicians: every single musician involved in the album will get paid for his work.

Distribution: with your contributions, I will be able to make the first physical records.

Promotion expenses: I need to invest in videos, photos, etc. If everything goes well, we will release a videoclip made by the great Sem-Art. Also, the whole studio recording process has been filmed by the amazing Alejandro S. Fdez!

Cover design: the album design is being made by Ángel Ninguno. He is an artist, musician, luthier and composer from Murcia. He has an amazing talent and I am so happy to have him as part of the project.

Furthermore, the website Verkami will receive a 6.35% plus taxes, and the company PayPal will get a 3.4% from every contribution done through them.

If the campaign is a success after 40 days, I will be able to release the album in October! We are in the final stretch! Therefore, if you support the project you will have your reward very, very soon. Come on! This is almost ready!

Thank you so much again in advance for your support, I am looking forward to releasing this work. I composed it with effort, love and sincerity, and we have recorded it with a huge excitement. I promise you that it will be a stunning record!

In case that you have any questions, you can contact me here: marcgarper@gmail.com!

Again: thanks, thanks and thanks!!!

20€
23 backers
Your name on the acknowledgements! (and a CD with a personal dedication!)

Your name will appear on the album acknowledgements.

25€
18 backers
Ticket for a presentation concert! (and CD with personal dedication!)

Ticket for a presentation concert (they will take place in Bullas -Spain-, and Edinburgh -Scotland-). You can choose one

25€
3 backers
Your name on the acknowledgements! (and a VINYL with personal dedication!)

Your name will appear on the album acknowledgements

30€
0 backers
Ticket for a presentation concert! (and a VINYL with personal dedication!)

Ticket for a presentation concert (Bullas -Spain-, and Edinburgh -Scotland-) To choose one.

¡Get the DVD with the making of the recording process in the studio!

Book me for a private solo concert, in the place that you choose!!! It would be with a small number of people, but it could also work in a PUB.

Book two members of the band for a concert at the place that you choose! Includes Spain and Scotland

Book the band for a concert where you prefer! (For concerts out of Spain, the transport is not included)