This campaign by the local Salamanca SEO group aims to seek, protect and save nests and chicks of three species of Harrier in Salamanca. 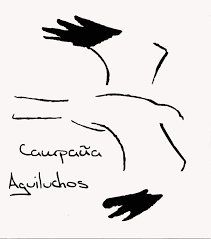 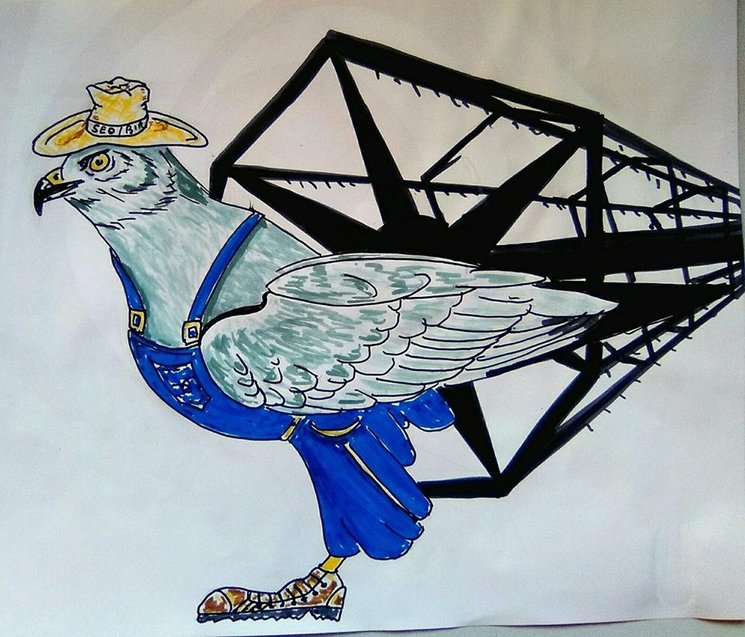 Personal recognition in social networks and in the final report of the project.

10€
7 backers
Participation in the Foster Programme, fostering a Harrier chick 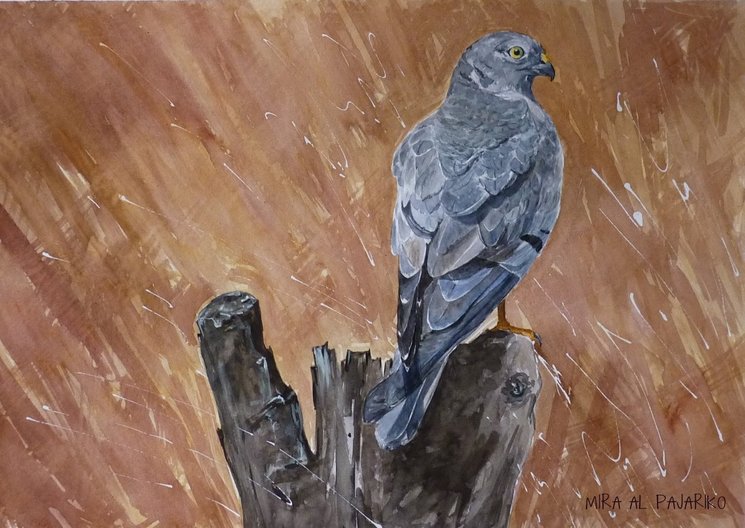 (Shipping costs to the Peninsula included) 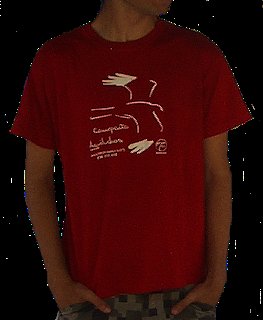 30€
20 backers
Participation in the Foster Programme, fostering a Harrier nest

Inclusion of your corporate image in our FB page and blog as well as in the memory of the campaign (dissemination of the Campaña Aguilucho Project).

This campaign by the local Salamanca SEO group aims to seek, protect and save nests and chicks of three species of Harrier present in the province of Salamanca.

It is especially focused on the Montagu’s Harrier (Circus pygarcus) which breeds on the ground amongst cereal crops. When these are harvested, destruction of nests is widespread and involves the death of chicks.

Chicks which would not otherwise survive are collected by authorised personnel, taken to the Centre for Recuperation of Wild Fauna “Las Dunas” and reared and liberated using the hacking method. Both the purchase of wire fences to protect nests and the actual rearing and feeding of the chicks generate the main costs of the campaign.

These last two species live around the cereal and pasture lands, feeding on their principal prey: insects, small grain-feeding birds and small mammals (rodents), soplaying an important role in the biological control of plagues, and being of enormous benefit to agriculture.

The Marsh Harrier usually nests in streams, wetlands and areas around water, so that the problem of nest and chick destruction from none natural causes is much less common than in the other two species.

Both the Hen and Montagu’s Harriers are in an especially delicate situation because of earlier harvesting, the introduction of early crops, the mechanized harvesting of the cereals and the rise in use of pesticides and herbicides, all of which can lead to nest destruction and breeding failure. This situation is made worse by the fact that the Montagu’s Harrier is a threatened species, considered ‘vulnerable’ on the List of Wild Species under the Special Protection Regime.

The Montagu’s Harrier is a slender raptor with long narrow wings. The male is of a dark grey almost uniform colour, whereas the female has brownish tones. It is a migratory raptor from Africa which stays for the summer months. This raptor is very tied to human activities, as, in our territory, it is a species which depends almost entirely on the large cultivated fields of wheat and barley, where it installs its nests.

After courtship, the female builds the nest with the help of the male, always on the ground. Their main threat is due precisely to the habit of nesting on the ground within cereal crops, as the period of incubation and chick rearing often coincides with the cutting and harvesting of the cereal, which means a high mortality due to the destruction of the nests and the direct death of the chicks caught by the blades.

The Harrier Campaign is based on three fundamental factors:

The local Salamanca SEO group which belongs to the Spanish Society of Ornithology -Sociedad Española de Ornitología - (SEO/Birdlife), has since 2009 developed a campaign to protect these three species, **la CampañaAguilucho ** - The Harrier Campaign – locating territories and nests, acting as intermediaries with the farmer owners of the lands where they nest, and trying to save as many individuals as possible, by protecting the nests with metal fencing at the time of harvesting.

What’s more this year we wish to rear any chicks which would be unviable left to nature through the hacking technique, which consists in raising and liberating the chicks with the minimum human contact possible.

For the hacking, bales of straw are used to make an enclosure in which chicks with a maximum age of 15 days are introduced, with food being administered throughout their development.

When they are fully developed, the food continues to be provided in the hacking area for a few more days, until it is established that none of the individuals have returned to the area. In this way the individuals reared in the hacking may come to the enclosure to feed, whilst they learn to hunt by themselves and start on their migration, when they will finally abandon the area.

Finally, in this link you can see the video of the campaign last year, which we managed to get ahead thanks to your contributions.
(https://www.youtube.com/watch?v=XvpBDS162Dg)

The SEO-Salamanca Local Group, belonging to the Spanish Society of Ornithology (SEO / BirdLife), was born in November 1997.

What we will spend your contributions on

All the contributions received will be allocated to the aforementioned campaign, including the cost of materials needed. (Purchase of metallic fencing, purchase of bales of straw for the hacking enclosure, environmental education programmes).

April: Beginning of the Campaign. Search for nests, territories and mating pairs from fixed observation points, in areas within the province of Salamanca with the highest population of Hen Harrier and Montagu’s Harrier.

May: As Montagu’s and Hen Harriers lay their first clutches, the search for nests is intensified. Nests already located are also monitored. Conversations are held with farmers and landowners to inform them of the project. Scientific ringing of chicks is carried out by specialised personnel. This allows us to recognise each bird individually using rings and other types of marking, and in this way keep a record of each individual.

June: Metalic fences are placed around the nests within cereal fields about to be harvested. Abandoned eggs are collected. Monitoring of nests and scientific banding of chicks continues.

July: Nests with fencing are monitored. The remaining nests are also fenced. Construction of Hacking site. Chick which could not otherwise survive are brought to the Hacking space.

August: Release of chicks within the Hacking. Gathering and processing of data for the season.

Personal recognition in social networks and in the final report of the project.

10€
7 backers
Participation in the Foster Programme, fostering a Harrier chick

(Shipping costs to the Peninsula included)

30€
20 backers
Participation in the Foster Programme, fostering a Harrier nest

Inclusion of your corporate image in our FB page and blog as well as in the memory of the campaign (dissemination of the Campaña Aguilucho Project). 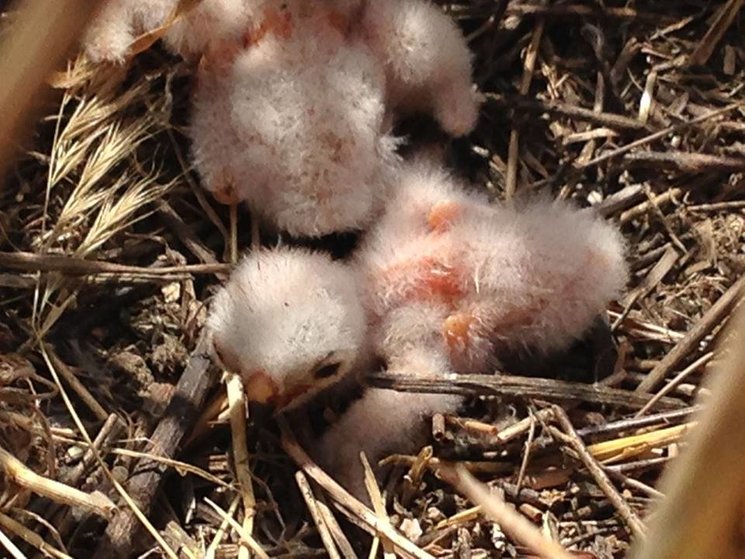 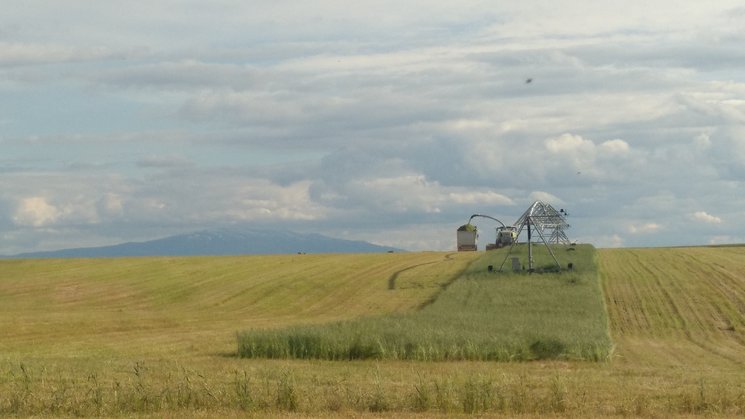