Segovia
This project ended March 27, 2018 without achieving its objective
0
seconds
84
Pledges
2.450€
From 6.845€
The link to the project has been copied to your clipboard

35€
15 backers
Invitations to the documentary premiere

• highlighted mention on screen
• 5 cards with poem
• Invitation for 4 people to the premiere of choice in Galicia, Segovia or Madrid
• Photos
• Documentary downloading

1.000€
0 backers
Screening of the documentary attended by the director

• Screening of the documentary attended by the director followed by a talk for those associations,companies, institutions, NGOs, cultural centres that would like to see it on their premises.
• highlighted mention on screen
• 10 Photos
• 10 cards

These wildfires claimed the lives of several people and there were many others who had to see how their work, households, memories and hopes were reduced to ashes. Vast tracts of woodland and a good part of the wildlife of Galician countryside were ravaged by the fires. 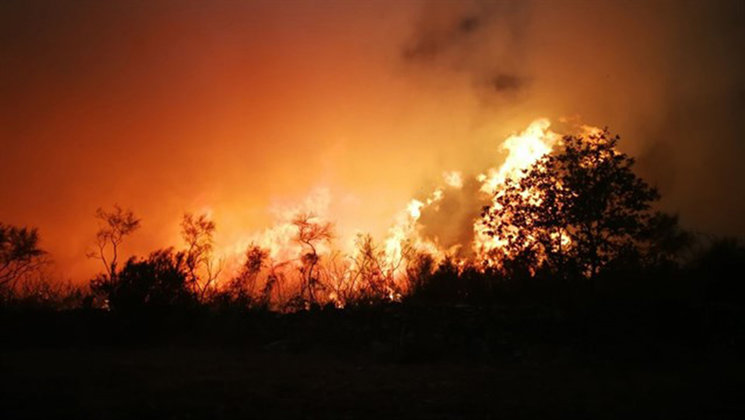 Following the first weeks of devastation, and amid an apocalyptic landscape, a group of biologists, environmental officers and mayors from several Concellos (town councils) decided to set up a restoration plan which amounts to a real alternative to the vested interests of timber and pulp industries. An initiative that is supported by the local population and thousands of volunteers that have already joined the cause. 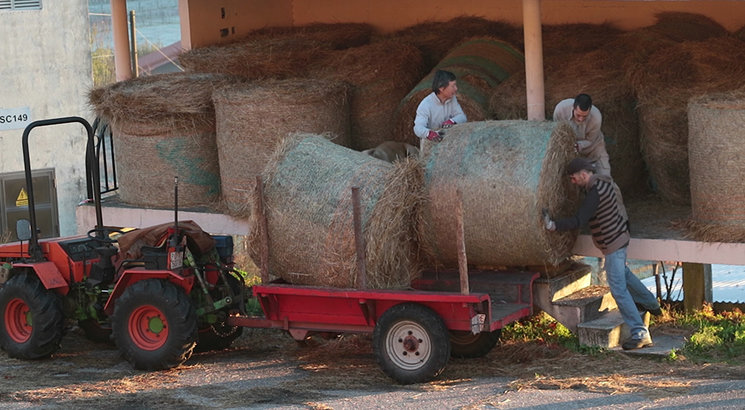 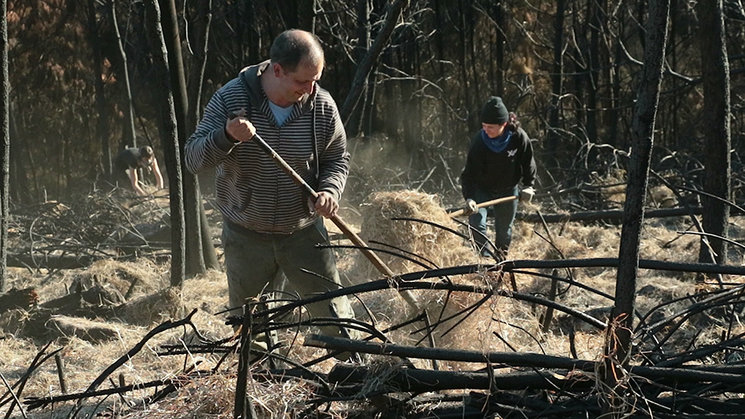 Why your support counts

This plan is a bid for biodiversity and sustainability through natural methods of soil recovery and a gradual introduction of native species that will restore the genuine natural heritage of this region of Galicia. Nowadays, the once-varied landscape of Galicia (with its oak trees, hazel, acacias, willows, ash trees, laurels, etc.) is seriously threatened by the swift expansion of eucalyptus and other species of merely industrial interest, whose most salient features are their quick ignition and damaging impact on soils. Such is the landscape that those who see wildlands as mere objects of exploitation and business opportunity are trying to impose on us.

In support of these local groups that defend the biodiversity of their region against the interests of the big timber and pulp companies, we have endeavored to produce a documentary that by means of powerful images and critical testimonials will keep track of the different stages of the restoring plan. This will be a way to explain and give visibility to these grassroots initiatives, thus providing a powerful tool to modify perceptions and attitudes, correct bad agricultural practices and educate for fire prevention and the defence of more sustainable and environmentally friendly models for the management of natural resources.

It is important for you to know that all members of the team of Agora Axuda are involved in the project on a non- profit and voluntary basis. What unites us is our love for Galicia and nature, as well as the wish to promote this kind of communal and self managed initiatives that spring up in rural areas to defend their territory. If you also want to change the fate of Galician wildlands, join us. Now (agora) with your help (axuda) we can achieve it. 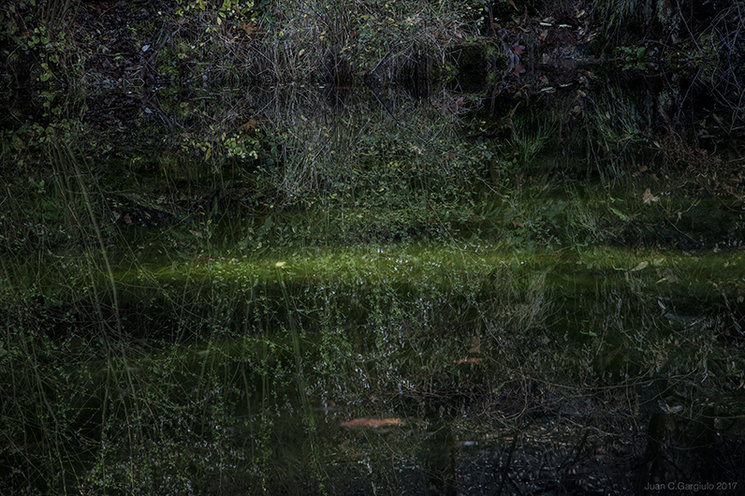 How donations will be allocated

The money raised through the crowdfunding platform Verkami will be entirely allocated to cover the production, editing and promotion costs of the documentary Agora Axuda, which will be directed by Juan Carlos Gargiulo, an Argentinian of Galician descent with a long career in photography and socially committed film-making.

Likewise, all income the documentary might generate, either directly or indirectly, will go to supporting the various organizations and groups involved in the restoration plan in different rural communities of the Pontevedra area.

You must also know that, besides this informative work, the documentary might also prove to be a useful resource to attract new funds and volunteers.

All donations, no matter how small or modest, are important, and they will be duly acknowledged in the credits of the documentary. You will become a “co-producer”.

In addition to this, you will have early access to the documentary, which you will be able to download as soon as it is ready, and you will also have the chance to attend the premiere with a companion of your choice, either in Madrid, Segovia or Galicia, as well as choosing from an assorted collection of photographs of Galician landscapes, signed by the director, and getting a printed copy of the poem “Prelude”.

If you do not know how to make your donation, write to us at agoraaxuda@ gmail.com and we will contact you to clear up any queries you might have.

Who the members of the Agora Axuda team are

We are a group of independent professionals from the audiovisual, natural sciences, music and communication fields who are in love with Galicia and have been called on by Juan Carlos Gargiulo to work as volunteers for a common cause: we want to contribute to change the fate of Galician wildland, returning it to its original biodiversity and encouraging management models which are more democratic, participatory, environmentally friendly and sustainable.

With our documentary we want to provide a powerful communication tool to those communal initiatives that fight for the protection of their territory. 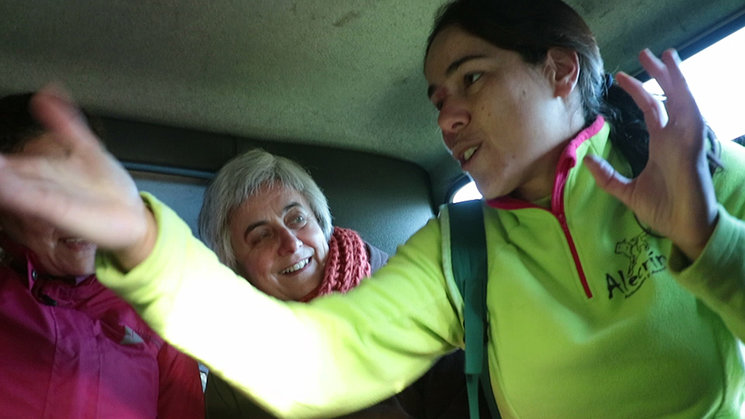 Communication and dissemination of the project: Pepe García-Lomas Taboada and Maite López Presa

You can keep track of the progress of the documentary and of the seasonally wildland restoring works through our social networks.

Due to the importance of seasonality for the development of the plan, shooting days, which started in December 2017, will be carried out along 2018 and into the winter of 2018-2019. Subsequently, we will proceed with the montage, editing and post-production work, with a premiere date scheduled for April 2019 in Galicia, Madrid and Segovia.

As the premiere of the documentary will take place several months before the completion of the restoring plan, it will be possible to use the documentary to promote the works that will have been done so far. In the following months, several promotion campaigns will be launched, both in and outside Galicia, which will include presentations at educational institutions, town halls, cultural centres, NGOs, environmentally committed associations, etc. Through these campaigns, to which you will also be contributing, we aim to obtain new funds and volunteers for the final stage of the restoration plan, which will be implemented in several rural communities of Pontevedra.

The shipping of gifts and tickets for the premieres in Galicia, Madrid or Segovia, as well as the informational presentations and talks with the director, will be carried out once the making of the documentary is over, which, by our calculations, should be in April 2019. However, during all that time we will stay permanently in touch with you, providing information about the development of the documentary and answering any queries or suggestions you may want to make through the “Ask the author” section on the blog and our social networks.

If you have any queries, you can contact us by clicking below on “Pregunta al autor” (ask the autor) or leaving a comment. 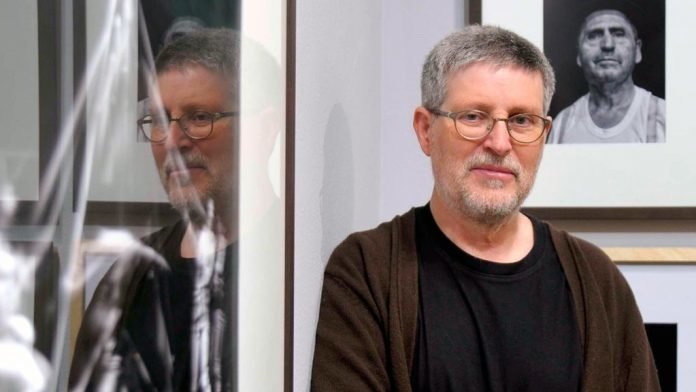 35€
15 backers
Invitations to the documentary premiere

• highlighted mention on screen
• 5 cards with poem
• Invitation for 4 people to the premiere of choice in Galicia, Segovia or Madrid
• Photos
• Documentary downloading

1.000€
0 backers
Screening of the documentary attended by the director

• Screening of the documentary attended by the director followed by a talk for those associations,companies, institutions, NGOs, cultural centres that would like to see it on their premises.
• highlighted mention on screen
• 10 Photos
• 10 cards 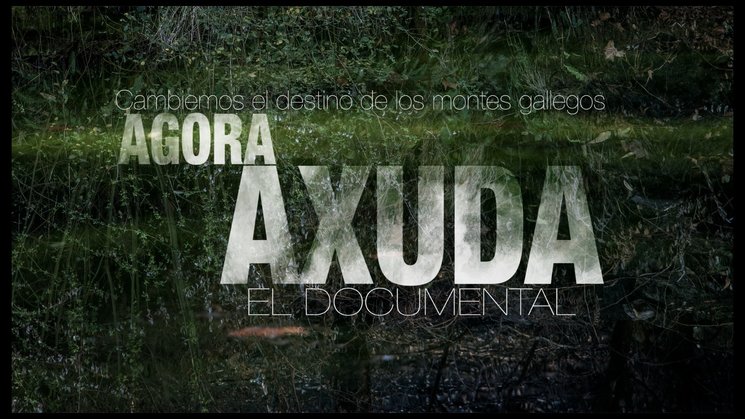