Love and passion for Jazz, Reggae and Ska in one album.

DROP COLLECTIVE! Just as our name says, we are a collective of musicians that started gathering a year ago to set up some arrangements that we would present in front of our public for the first time in february 2017. Since then, we've been able to share our music with lots of diferent people, that made us enjoy the gigs and also grow as a band. Step by step, personal bonds and music have grown stronger, resulting in this amazing adventure that represents for us recording a first CD after this year of hard work.

Also, the one thing that made us start this recording process is a scolarship that we received from La Casa de la Música de l'Hospitalet

By the way, if you were looking for some explanation about our name, keep reading... let's be mysterious!

Stormin', what will I find?

A selection of 8 original arrangements made by some of the band members and two DUB versions from two of that arrangements.

This arrangements are based on Jazz standards, but with a nice dose of Reggae and Ska.

The combination of the voice with instrumental parts and improvisation gives lots of variety of fresh sounds and textures that added to the danceable rythms of jamaican music define the sound of the band.

In this disc you will be able to listen to: 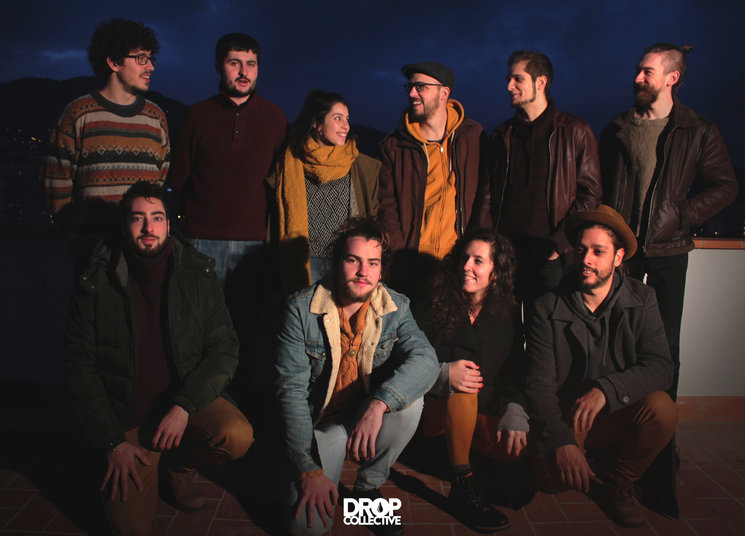 What else! We got 2 special collabs for this recording. Two musicians of frotline scene which whom we shared scenario during the tour and which we are glad to have in our first CD. Everyone stay tuned because we will announce their names during the campaign!

What's my money for?

Since now, we have self-financed the project with personal income and also from the the money we got from some gigs. We've done everything we had in our hands to pay substitutes, taking photo/video sessions and the recordings that we made last year in Cardedeu. But, the moment has come now to ask you some help to complete this project and make this CD a reality.

Concretely, we need the money for:

What do I get?

The rewards we offer are fundamentally our music, and our endless regards. Also, you will find t-shirts, tickets for our presentation tour concerts, additional visual contents, packs for two... We even we offer the possibility of making you a musical video of any song you'd love or a private concert! We hope that you'll find some reward that you like so you can participate making this project bigger and being part of the collective.

As soon as we close the crowdfunding campaign we will start making the copies and the t-shirts (everything will be recorded and designed!). We'll have the physical rewards since february. The digital download of the CD will come halfway January!

December - Mixing and mastering at La Panchita Records(Barcelona). Start of the crowdfunding.

January - End of the crowdfunding, sending all the digital downloads and manufacturing the CDs and the T-shirts.

February - Delivery of the physic rewards and shipments.

Thank you so much for reading all this information! If you want to know more, scroll down and you will find an e-mail where you can ask any doubt, and links to our websites plus other websites of interest.

Oh! We almost miss the part where we tell you the secret about our name!

DROP: Well, the first thing that comes into your mind is a Rain Drop, right? So that's the image from our logo, yeah! It's the tiny drop we add to the big sea that is music! Drop is also an arranging technique, that we learned from our beloved teacher Sergi Vergés, and we use in our arrangements.

Also the Drop concept is present in Reggae music, like in the One Drop rhytm.

COLLECTIVE. The project is managed by everyone, and all the decisions we take are taken as a collective and also we all can bring new arrangements and new music to the project. 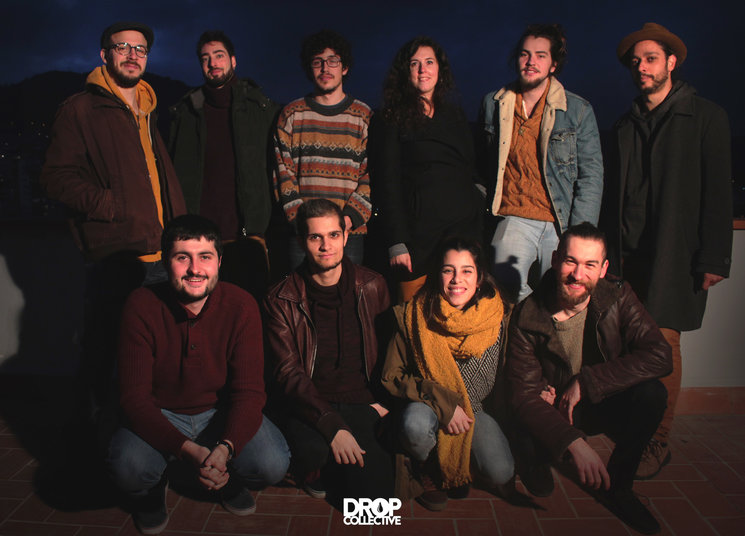 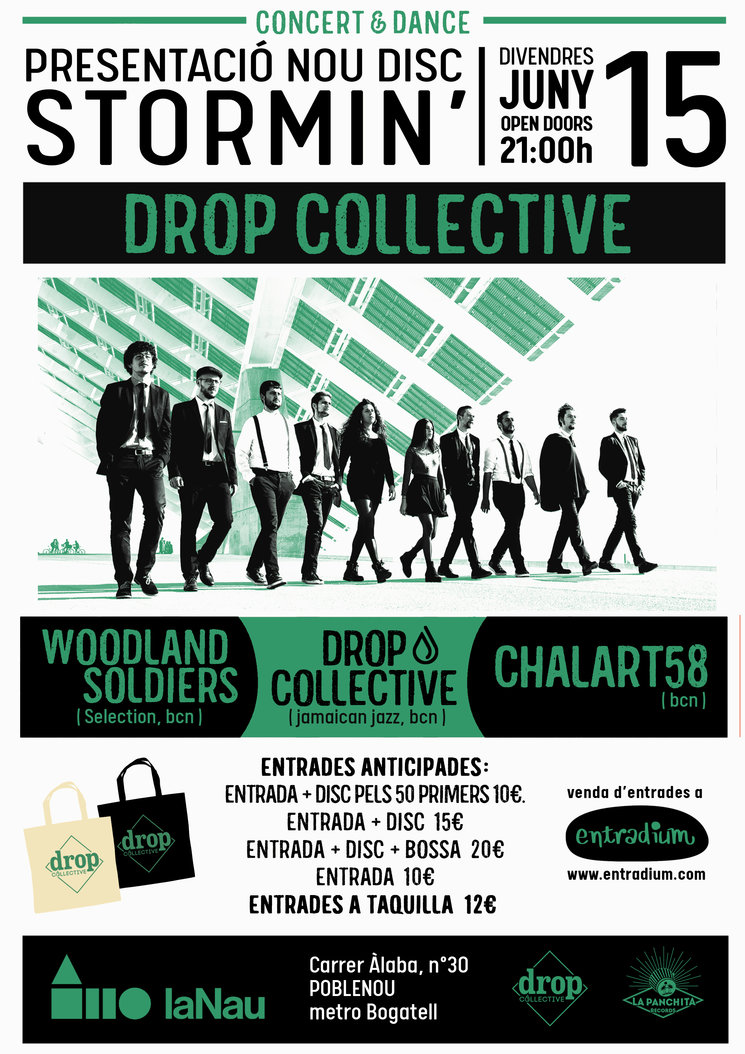 I això no és tot!

1 copy of the CD Stormin'.
+ 1 Official T-shirt.
+ Anticipated digital download.
+ Your name in the acknowledgments.
+ Personalized dedication with signature of all the members of the band.
+ Audiovisual material including outtakes.
+ Stickers
+ Shipping costs included to Europe

2 copy of the CD Stormin'.
+ 2 Official T-shirts.
+ Anticipated digital download.
+ Your name in the acknowledgments.
+ Personalized dedication with signature of all the members of the band.
+ Audiovisual material including outtakes.
+ Stickers
+ Shipping costs included to Europe

4 copy of the CD Stormin'.
+ 4 Official T-shirts.
+ Anticipated digital download.
+ Your name in the acknowledgments.
+ Personalized dedication with signature of all the members of the band.
+ Audiovisual material including outtakes.
+ Stickers
+ Shipping costs included to Europe

50
are returning backers of Verkami
90
are new backers

1 copy of the CD Stormin'.
+ 1 Official T-shirt.
+ Anticipated digital download.
+ Your name in the acknowledgments.
+ Personalized dedication with signature of all the members of the band.
+ Audiovisual material including outtakes.
+ Stickers
+ Shipping costs included to Europe

2 copy of the CD Stormin'.
+ 2 Official T-shirts.
+ Anticipated digital download.
+ Your name in the acknowledgments.
+ Personalized dedication with signature of all the members of the band.
+ Audiovisual material including outtakes.
+ Stickers
+ Shipping costs included to Europe

4 copy of the CD Stormin'.
+ 4 Official T-shirts.
+ Anticipated digital download.
+ Your name in the acknowledgments.
+ Personalized dedication with signature of all the members of the band.
+ Audiovisual material including outtakes.
+ Stickers
+ Shipping costs included to Europe