A book that includes a selection of over 5,000 entries in the newspaper related to all kinds of music-related issues

Importance of the Diario de Barcelona

Issue number 1 of the Diario de Barcelona, one of the first daily newspapers in Spain, was published in Barcelona on 1 October 1792. Founded by Pedro Pablo Husón de Lapazaran, it was published continually until the end of the 20th century, save a few years, and was one of the newspapers with the greatest continuity and influence in the history of the Spanish press along with the Diario de Madrid. It is required reading for studying Barcelona, Catalonia and Spain from the final decade of the 18th century onwards, since you can follow any subject over the years between its lines, page after page: prices of objects, names of the streets with the most commercial activity, wars, mechanical devices and more. And, of course, a critical and well-targeted selection of its contents can be a very valuable source for historians and researchers from corresponding socio-cultural disciplines or fields. 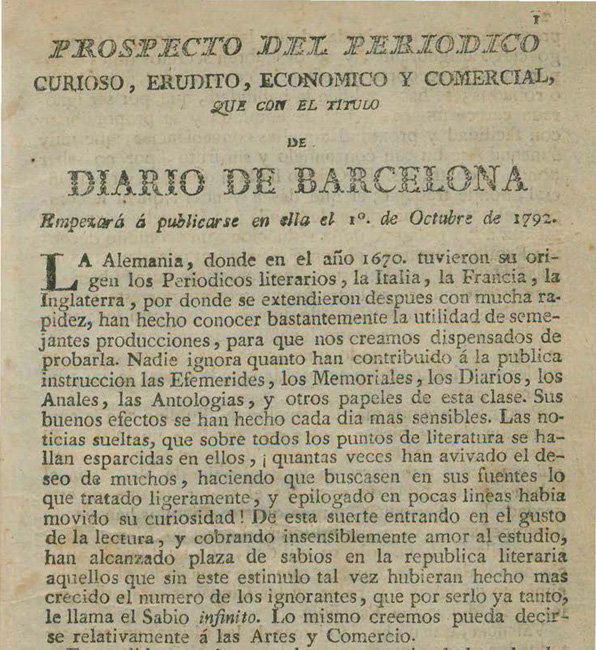 In May 2018, the publishing house Calambur will publish La música en el "Diario de Barcelona" entre 1792 y 1850 (Music in the ‘Diario de Barcelona’ from 1792 to 1850), a book that includes a selection of over 5,000 entries in the newspaper related to all kinds of music-related issues: from notices of purchase of instruments or scores to concert schedules, announcements made by teachers, copyists and instrument makers, musical critiques and articles reflecting on music. Furthermore, in order to contextualise the musical landscape and make it easier to understand the cultural environment that produced all that musical activity, the book also includes news about non-musical publications, printers and bookshops, as well as news about inventions, events and curiosities of the time. 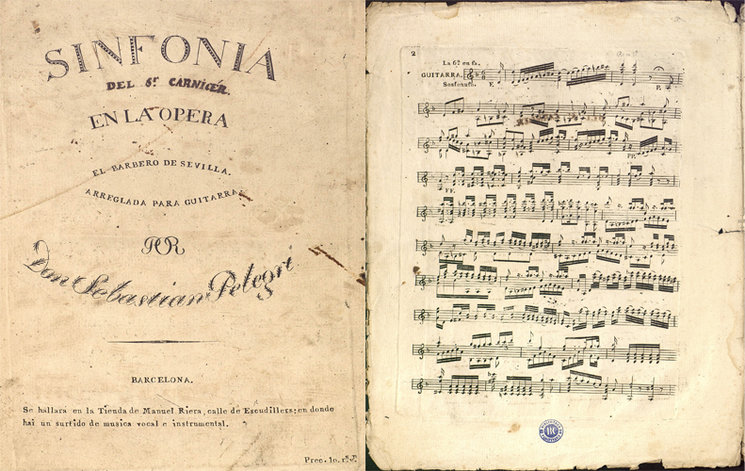 The book is divided into three parts. First is a critical study of the information gathered, conducted by various experts on the subject: Dr Josep Borràs (a musicologist and expert in Hispanic music, specifically regarding wind instruments and their relation to vocal music), Dr Xosé Aviñoa (a music historian whose research focuses on relations between politics and music), Dr Antonio Ezquerro (a musicologist who specialises in historical Hispanic and archival music and in cataloguing musical sources and an expert on historical-musical heritage and musical publication in the 19th and 20th centuries) and Dr Oriol Brugarolas (a music historian and expert on the trade and circulation of instruments and scores in the early modern age, as well as the organology of keyboard instruments). The second part of the book is an analysis of news of musical interest and of the literary world. The third section is fundamental in nature and consists of various indexes and tables that help readers to refine searches conducted on all entries included in the book.

The publication of this material will allow access to a huge amount of data on activities related to music and the cultural world in Barcelona, Spain and Europe. It will also provide music historians, musicians, music students and people who are passionate or curious about history or music with a valuable reference tool. 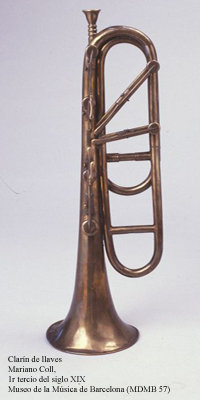