NORMAL∀, help us change the point of view.

NORMAL∀: a series of 5 short films with gender perspective and loads of humor, created to raise awareness about sexism in our daily lives.

Imagine a world where heterosexual marriage is banned, under the pretext of disrupting family unity, as chaste and pure as it is. Conceive a world where women walk by showing off their bushy armpits and criticizing those who decide to wax. A world where having the ideal body implies an investment of hours eating at the worst fast food restaurants. These and other inverted situations are what we present in the NORMAL∀ project. 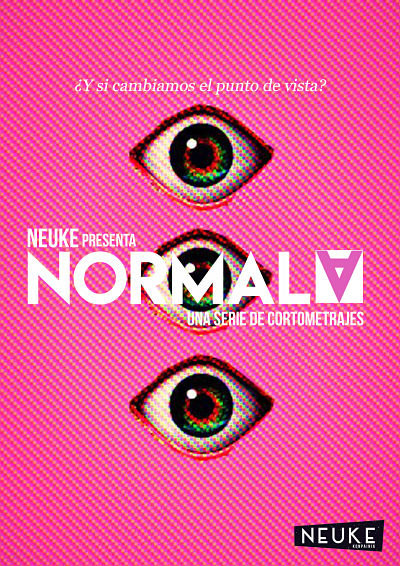 NORMAL∀ is a series of short films which topic is an upside down world in terms of gender issues. The audience will have then to reconsider what is “normality”. For example when the young Xabi finds himself in trouble when he comes out as heterosexual before his two parents. 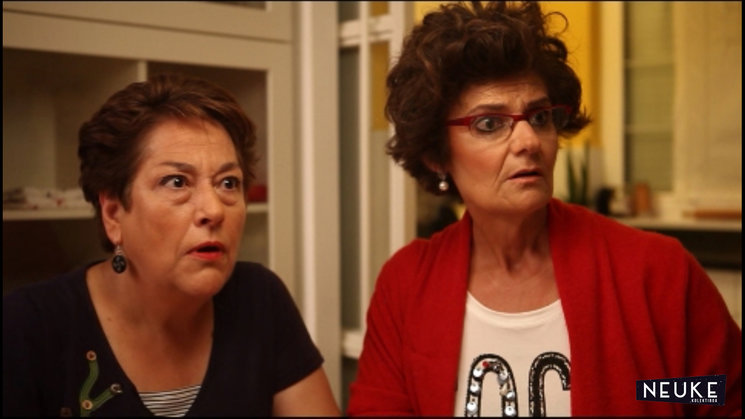 In this first stage of the project we create 5 gender perspective short films in which we approach cultural constructions associated to what “being a woman” or “being man” is supposed to be like.

We decided to explore and denounce daily situations where sexist attitudes and labelling exist. We choose to approach these scenes changing some of the key elements to surprise the audience and train critical thinking. Each short piece aims to denounce a category of patriarchal situations which we encounter in our daily lives.

Stories and characters are not directly interconnected, but a thematic and stylistic leitmotiv weaves the whole series. Sense of humor is the main tone of the films, leading us into deep moments in the narrative.

The first phase of NORMAL∀ (5 short movies) is conceived to raise awareness about sexism in our daily lives.

As we feel invaded by mass media campaigns that have nothing to do with our humanity, and we are overwhelmed by beauty standards and lifestyles - totally disconnected from us and our realities,... we have ended up transforming ABNORMALITY into NORMALITY.

We believe that the media have to be responsible of the commercials and the hegemonic narratives they air. But the media have also the opportunity of broadcasting critical and inclusive messages about sexism in our lives. NORMAL∀ is a game, a pedagogical exercise and an alternative to mainstream entertainment, and invites us to question the pillars of our hetero patriarchal culture with sense of humor. Because we believe that humor must always be intelligent.

How does the idea of NORMAL∀ come about?

This project has its origins in a piece produced by our previous collective: the young theatre company of Kipulak. We signed into the Beldur Barik 2012 competition with a collection of sketches about sexist situations. This is how the idea of inverted situations came out. Our audiovisual piece was called “Inondik Inora” and we won the prize. We started collaborating in several campaigns of the same festival and we developed our work in terms of gender perspective.

1. HOMOAMAK: In a traditionally homosexual country, Xabi comes back from his study abroad programme in Brasil. He has met a new love: a woman. Tradition, high expectations, culture, love and family are the themes and conflicts of the discussion with his family. 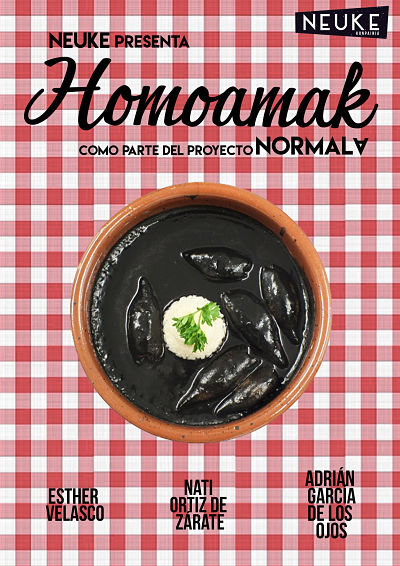 2. BOCAKALLE: . Divided in 6 sketches, this piece portrays situations that use to happen in the street where women make "flattering comments" to men. We will find funny and not that funny situations in this "street language".

We enter the world of adolescent partying. We explore groups of girls and boys and their different languages. We research in cultural references as reggaeton music, where women are described as mere bodies without value, totally exchangeable and disposable, always available to men’s sexual desire. And we ask ourselves: what if it was the opposite? 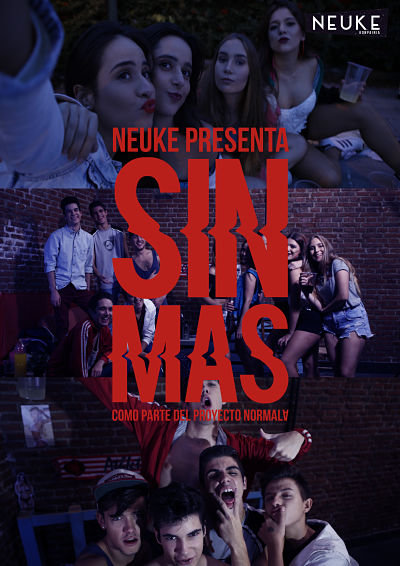 There are still two short-films in pre-production phase:

4. PELOS: Welcome to a world where bearded women, celebrities with hairy chests and adolescents with mustaches are role models for all of us. Beauty standards are finally normal...or not?

5. GORDOREXIA: In this piece we tackle beauty standards and thinness cult. In a world where being “fat” fits social mandates, a new mental disorder exists, and it’s called fat-orexia (gordorexia).

How will your contributions help us?

From the total sum of € 5493,25 we will allocate the funds to shooting 2 short films in order to complete NORMAL∀’S whole series.

Following this, we will have to go to post-production phase of the 5 resulting films which form NORMAL∀.

Finally, we want to send the short films to different festivals and to craft an educational package for social collectives, schools, universities and high schools. Here we will include an on-demand workshop facilitated by NEUKE Konpainia.

Here are the numbers: 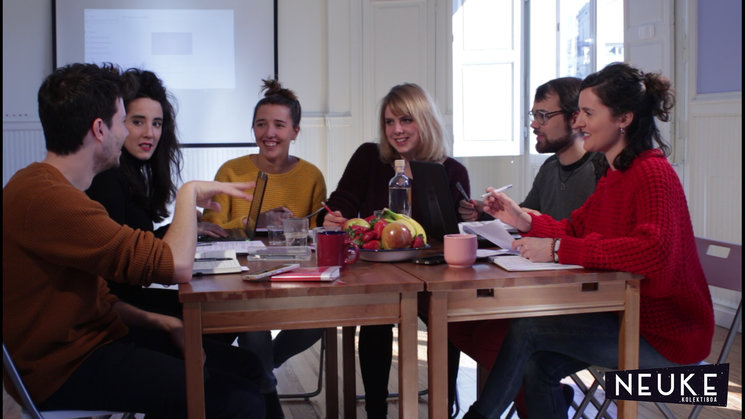 We are Alessia, Ainhoa, Grace, Mario, Unai and Marta. We are NEUKE. An audiovisual company based in Bilbao, Basque Country, in the Iberian Peninsula.

We are passionate about creating art with gender perspective. We believe it is important to address machismo and homophobia from all arts - and especially from the audiovisual industry. 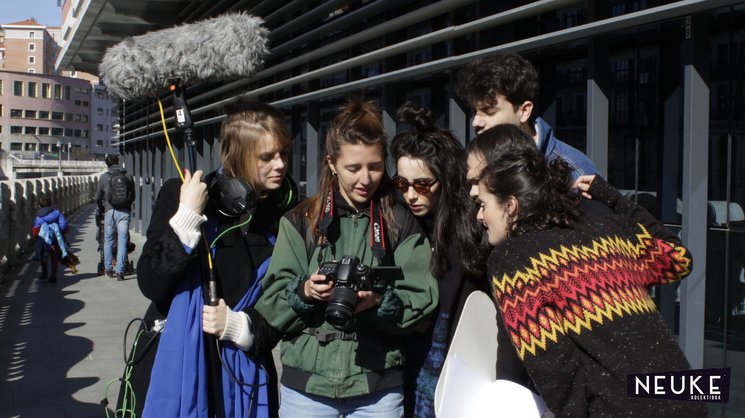 Very often we the people who have suffered from harassment, violent sexist situations, bullying linked to gender issues and forms of oppression related to “being different”, feel without an escape nor capacity to talk about our experiences. We think that if we can frame and re-signify these issues, we can build a reality freer of sexism and more inclusive. 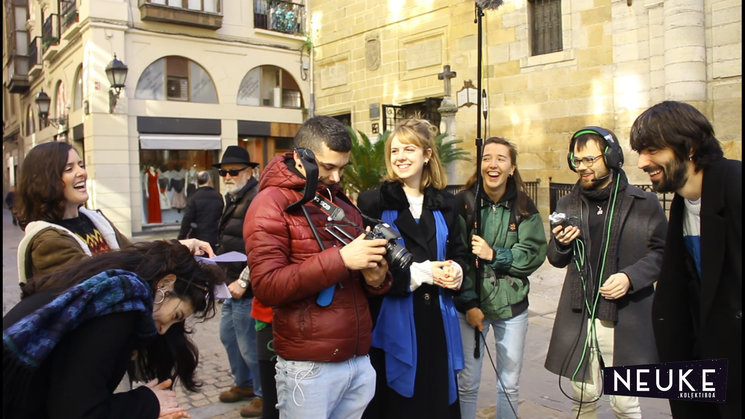 Thanks for backing us! Our rewards will be personally delivered in Madrid and Bilbao, or shipped in case of international supporters.

Thank You in End Credits

This is our calendar: 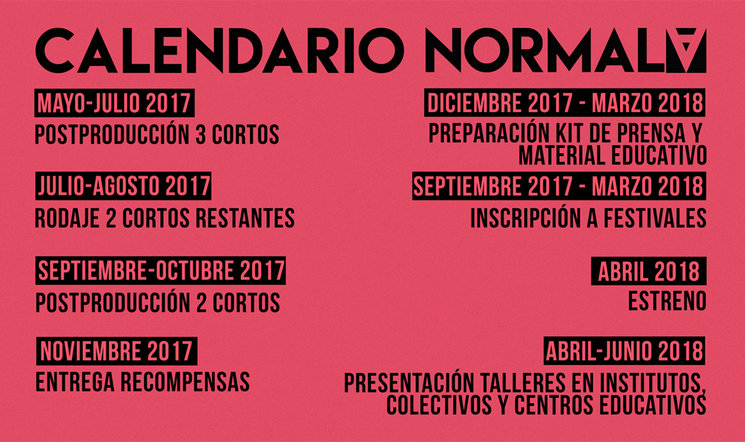 When will I receive my reward? From November 2017.

Where can I see it? in April’s première in Bilbao and Madrid. You can also hire us to organize a screening with your group followed by a discussion or a workshop about the contents of the series.

How can I organize a workshop about NORMAL∀’s contents? Contact us at neuke.cia@gmail.com with the subject "HIRING" and we will be very glad to make it possible.