Refugees documentary | Beyond the sea

Documentary that talks about the importance of the relationship between the refugee and the volunteer. This crowdfunding covers only a portion of the estimated budget. WE ARE STILL LOOKING FOR SPONSORSHIPS! You can help/sponsor us by entering money into this account: ES32 2100 2776 3002 0038 8219

We've achieved the goal of 3,500€ in Verkami. We are looking for 3,500€ more outside this platform to reach our budget.

THIS CROWDFUNDING COVERS ONLY A PART OF THE ESTIMATED BUDGET. WE ARE STILL LOOKING FOR SPONSORSHIPS!

Lately, many young migrants find themselves in such a confusing and vertiginous situa on that, in order to get by, they end up getting involved in drugs or prostitution. The refugees’ drama does not end with their arrival to Greece; in fact, it starts there. Fortunately, there are volunteers who fight to accompany them in their chaotic daily life.

We intend to convey the positivity which exists even in such an arduous reality. We will show the light which shines intensely amidst darkness: the people who devote themselves to others. 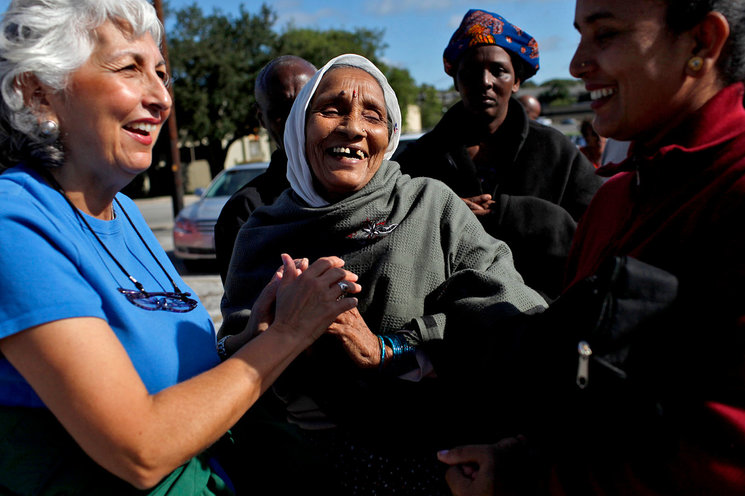 Indeed, all European countries have been caught between a rock and a hard place by Greece. Beyond its political situation and Grexit, the arrival of more than one million refugees from January 2015 to March 2017 to its shores is in itself a moral challenge to the European spirit. Currently, it is estimated that a total of 62.590 refugees are trapped in the country. Moreover, more than 1800 refugees have arrived since the year began.

However, since the implementa on of the agreement between the EU and Turkey, the migratory route has changed. In 2017, Italy is the main country of arrival. More than 9.400 people have arrived already, mostly coming from North Africa. Since the media focus has changed to the Italian Peninsula, it is easy to overlook the ones who are still in Greece. Nevertheless, they are still trapped in a legal limbo, trapped in nonsense.

Certainly, volunteers are a crucial factor for the neglected Greece. There is not much talk about it, but the relationship arising between them and the refugees, both in Greece and in other parts of Europe, has created a constellation of hope amidst the tragedy of the migratory phenomenon. 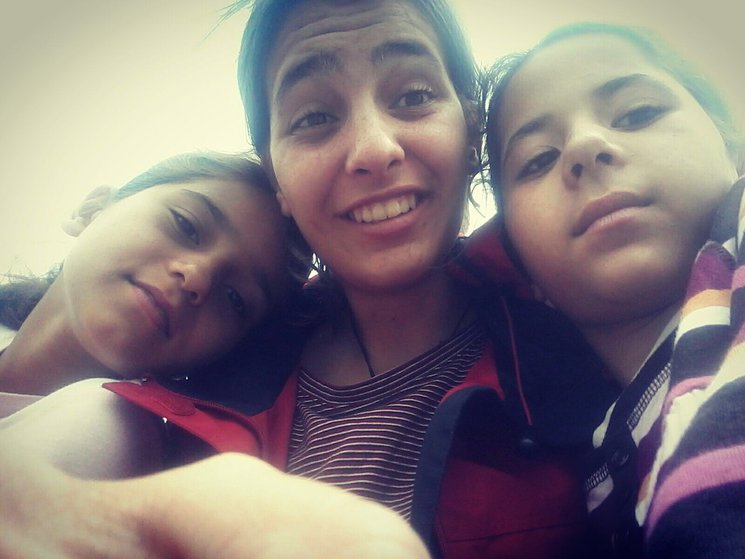 Beyond the sea is a documentary which aims to deepen in the reality of the refugee-volunteer phenomenon. We will travel to Athens, where the NGO Holes in the Borders is developing projects as a housing alternative. It consists in shelter flats for young refugees between 18 and 23 years old who were living in the streets. They had lost all their money crossing the Mediterranean. Furthermore, solitude had led them to drugs and prostitution in order to survive. They survived the sea crossing to mainland. Now, they need, once again, to be welcomed, listened and attended.

Ours is not another “help for refugees” story: it is a story of coexistence. We will share the stories of refugees between 18 and 23 years old who are hosted in Holes in the Borders’ flats. While helping them daily with the flat, the volunteers assist them in legal matters and personally accompany them, so that they can have a more decent life than the one they encountered when they arrived into Athens.

Where are your donations going

The 3500€ we are asking for is the minimum necessary amount in order to go ahead with the project. The money from your contributions goes integrally to the documentary production. We will aim the 3500€ to:

Up to this point, are supporting the documentary:

Trough support in broadcasting, donation of film material and postproduction rooms. Their contributions (without broadcasting) is worth: 28000€.

Depending on the success of this crowdfunding campaign, we will be able to go on and find other funding sources such as sponsors and investors. This will allow us to cover the whole documentary production.

At this point, leaving aside the not totally closed details typical of a pre-production of a film, the team is the following:

Beatriz Jiménez - Creator of the project

Daniel A. Azpe - Creator and director

Delivery of rewards: Beginning of 2018.

We want to keep you in touch! Follow the evolution of the project and all the related news in the following links: