First album of singer-songwriter and poet Ingrid Da. A collection of profound songs of acoustic sound written in 3 languages. Take me along a route towards the Infinite, where the distance is not an obstacle to be close, and a return makes feel I'm at home…

Contribute to the project
View project in Castellano and Lietuviu

A path towards a FULFILLED DREAM…

The Love for the Music and Poetry has accompanied me from an early age. It was also a Dream, although as could affirm, undoubtedly, all the artists, who surrendered to their vocation, a Dream difficult to meet; devote to the Art.

The music and writing for me encompasses more than just a hobby: is a PASSION, expression of emotions, mode of relaxation, searching for the personal paths, know me better y recognise my own growth through the CREATION:

With the years I was looking forward through the creation not only to express myself, I discovered that a singer/songwriter, a poet, has a capacity to launch a message through his work; embrace, inspire, tell the stories, to comfort.

Some of my songs are closely related to sensitive social issues, I believe the Music, Word, and Art in general are the powerful tools of concienciacion. 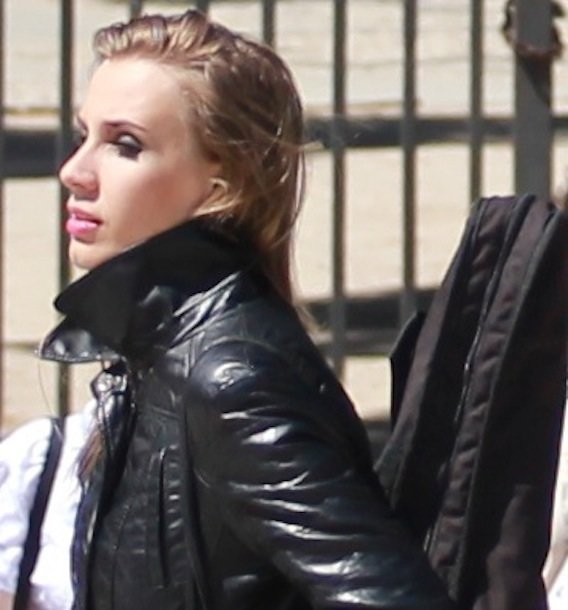 How we got here?

In my native land Lithuania, guitar was my faithful companion almost in all trips and events. After finishing my career, I moved to Barcelona 10 years ago, remember very well, I had the sole aspiration: to SING.

In a month I started to sing in the Orchestra Club Tropicana together with the other artists from different countries (Cuba, Venezuela, Costa Rica, Spain), and in spring of 2007 I began to form a group of pop-rock DUNE together with Catalan musicians as a principal vocalist.

Everything was so magical! And it still is…

After I moved to Madrid at the end of 2007, I returned to take the lessons of modern singing in XXI Century Music School with the professional singer, teacher of vocal technique, Life &Voice Coach Andrea Lahora from Buenos Aires, Argentina.

Thank You, Andrea, for this experience and your incredible support, taught techniques, and encouragement to continue with Music!

Later I could share my Love for the Art in the CAFÉ GALDÓS, CAFÉ LIBERTAD, LA FÍDULA, RINCÓN DEL ARTE NUEVO, main spaces for Artists in Madrid, and by participating in different collaborations that enriched me a lot, such as experimental creative project of music and poetry PALABRAS INUSUALES (Unusual words), created by Xavier de Tusalle, with this project we have accompanied many poets and writers in different cities of Spain, and also ECOS DEL ALMA (Echoes of the soul) of Angel Maria Altolaguirre Ariz.

Thanks Ángel! Thank You, Xavier!

All this path only has settled more in me this burning desire of the poet singer-songwriter and, finally, inspired me to record my first ALBUM, also following the encouragement of my great producer, musician, song-writter and friend Pablo Sciuto from Uruguay.

ABOUT THE PRODUCTION OF THE ALBUM

This album incudes the mixture of styles and offers the songs written in 3 languages of my own composition: Spanish, English and Lithuanian.

There will be some specific collaborations in some of the songs.

The raised money will be earmarked to pay for the recording and album manufacturing, as well as the cache of musicians that are going to collaborate in it.

I have already recorded a few songs in November of 2016 in Casa Sonora Studio, the rest of the songs I am going to record in FEBRUARY-MARCH and I hope till the March ends have songs ready and start presenting the album in live.

DELIVERY OF THE REWARDS

1) In one of the concerts of the CD presentation or in a private concert, I will inform You further.

2) In case, You can not assist to the concert, I will send You a CD.

Of course, everything can happen, it could happen that we will reach the purpose and take a surplus. In this case, we could make beautiful videos and promote the album.

** I would like to say THANK YOU for all of You, who had inspired and believed in me to get HERE.

This Dream already IS fulfilled and will ALWAYS form a part of all the Dreamers who are dreaming with me.

Here I leave You some links of my creation:

I would like to say THANK YOU for all of You who have supported my project!

To inform that today is the last day of crowdfunding and we have almost the half of the Album ready!

I invite You to enjoy one of my songs:
{youtube: https://www.youtube.com/watch?v=7DvRuIGu_sk}