Become a kami or megami and use species, nature, humans or fantasy creatures with a magic touch to build the habitat with the greatest biodiversity. Enter into the amazing world of Habitat, a game of cards and dice that will help you to understand how natural ecosystems work.

Barcelona
This project ended April 05, 2017 without achieving its objective
0
seconds
58
Pledges
1.554€
From 5.000€
The link to the project has been copied to your clipboard

International delivery > add this option to your request if you need your game outside Spain (up to 10 decks).

if you are a group that lives far away

Habitat is a cardice (cards and dice) game of strategy and chance based on a simplification of the structure and functioning of natural ecosystems with a touch of magic. Each player adopts the role of kami (神) or megami (女神), a nature spirit that uses the cards of their personalised hand and the chance of the dice to achieve the maximum biodiversity (diversity of species) of their habitat.

HOW DOES IT WORK?

As a kami/megami you have to build a food web formed by biological species belonging to different trophic groups from inorganic matter and sunlight. During the ecological succession, you will be able to attack your opponent’s habitats with your species’ abilities, natural processes and phenomena, human actions and fantasy creatures. At the same time, you will have to defend your habitat against your opponents' attacks. 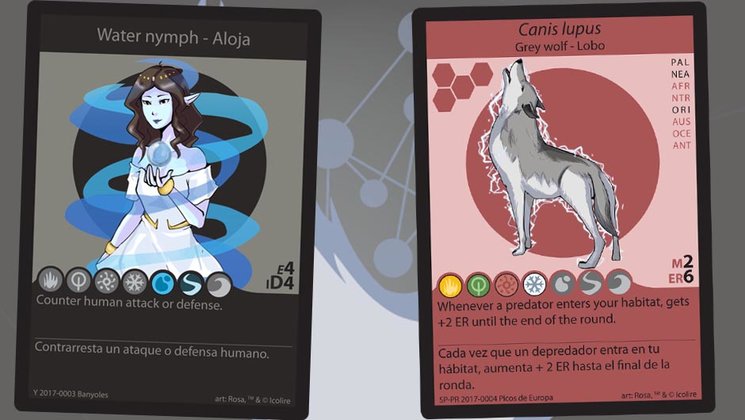 Build your hand of cards from starter and expansion packs. You’ll never know which will be the next card that will reach your hands, and the dice will decide when you can use them and what will be their effect, in a way that each game becomes a unique, fun and amazing experience. The players’ objective for each round of Habitat is to get the greatest biodiversity among all of the kamis/megamis when the game ends.

Habitat has been designed to be suitable for people 13 years or older, although a simplified form has been developed for children from 6 years of age. It’s a game for between 2 to 4 players that can also be played in teams.

It is a constructive game full of values and knowledge, in contrast with other games that aim to beat the opponent/s. Also, the materials used are environmentally friendly and of high quality.

WHAT DO I NEED TO PLAY?

The money raised will be spent on the costs of the game (illustrations, printing, delivery…), but in the case of profit it will go to the conservation projects of the CEN association.

The members of the CEN association will receive a deck of cards for free.

-T1: Once we can guarantee the minimum finance necessary, we will start the validation, we will order the illustrations and editing of the cards and the definite rules. We estimate that we will need between 2 to 3 months to have the game ready.

We will continue informing each moment about the process through the blog and the social networks. 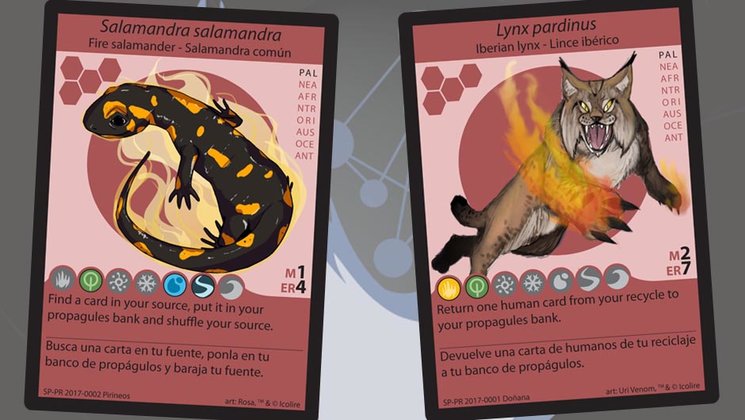 In collaboration with the CEN association.

If you are interested on HABITAT, send us an e-mail to biodiversity.challenge@gmail.com 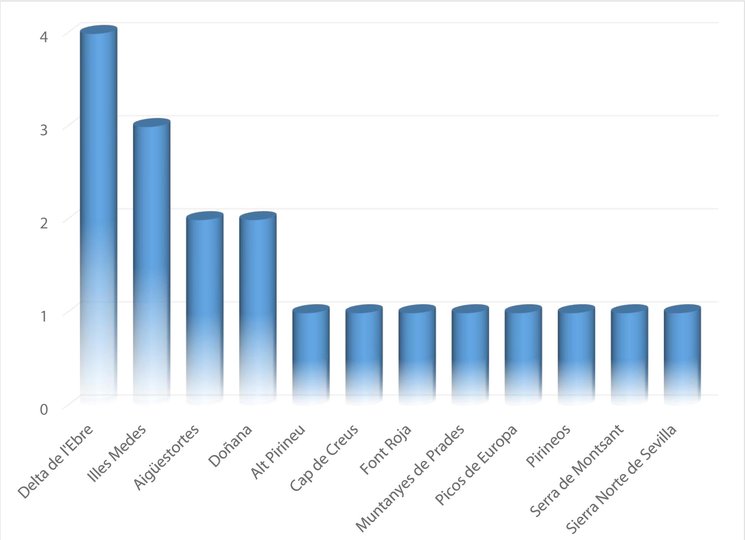 The poll is also in English. Give us your oppinion about HABITAT at https://docs.google.com/forms/d/e/1FAIpQLSfDq0WTfyGTLy3FgPf5kV93bAlSAi5SI-Y-SiAo1ZAnQ9NwJg/viewform?c=0&amp;w=1&amp;usp=mail_form_link

We are thinking on developing the solo modality, for one player. Are you interested? 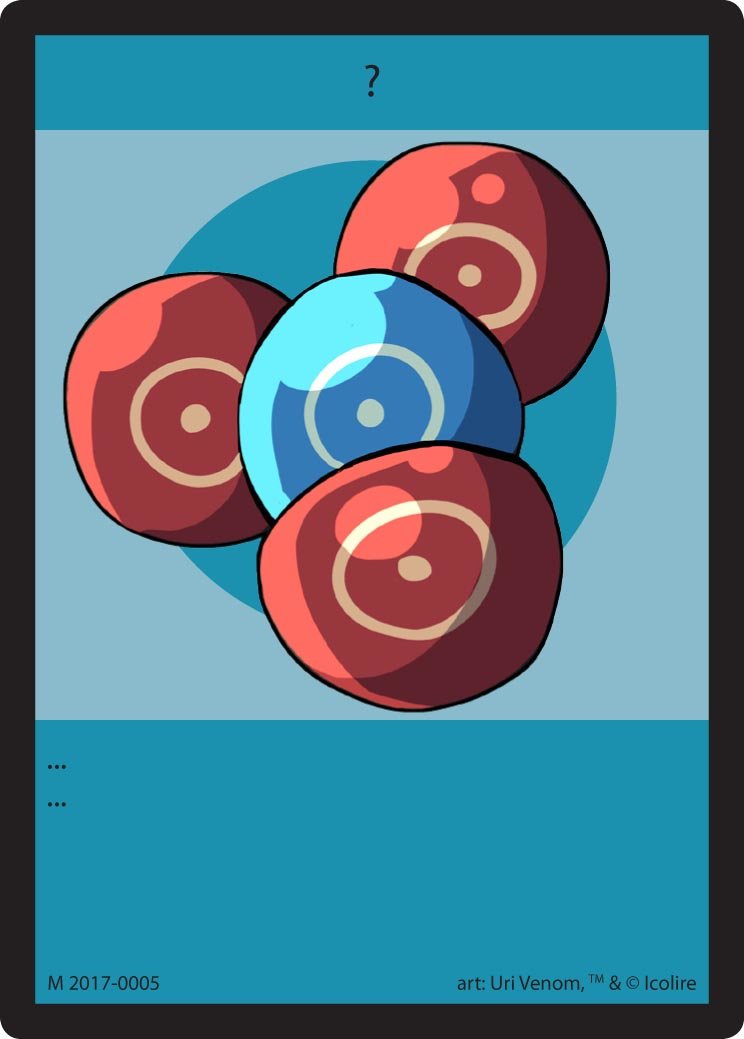 Send us your answer. 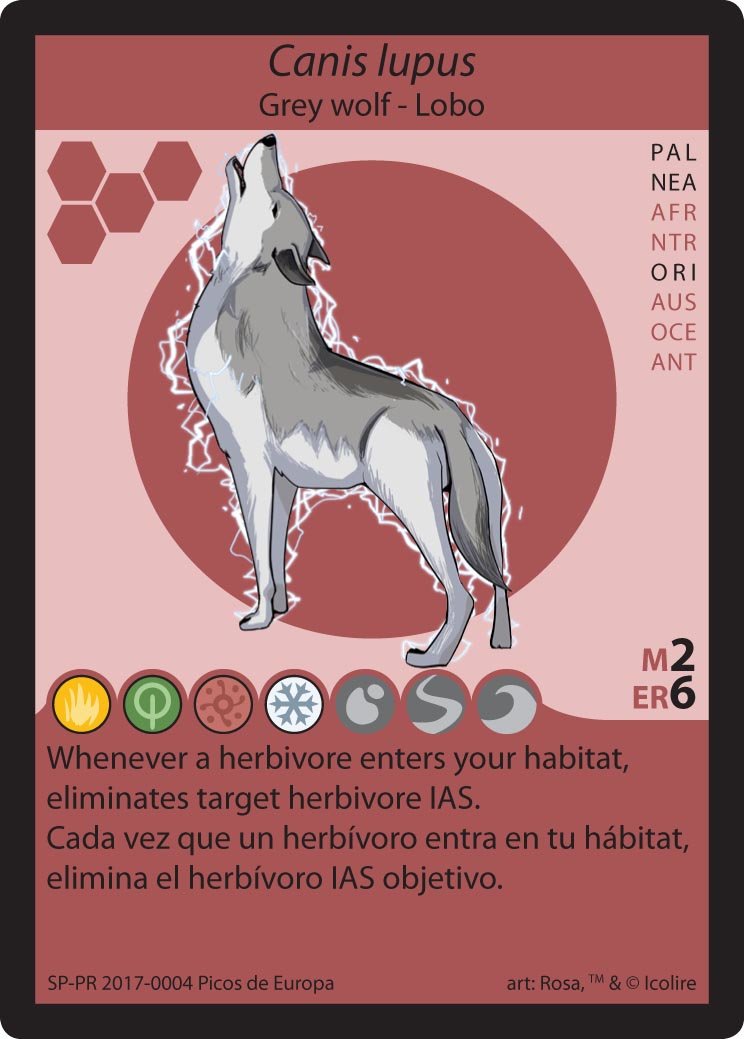 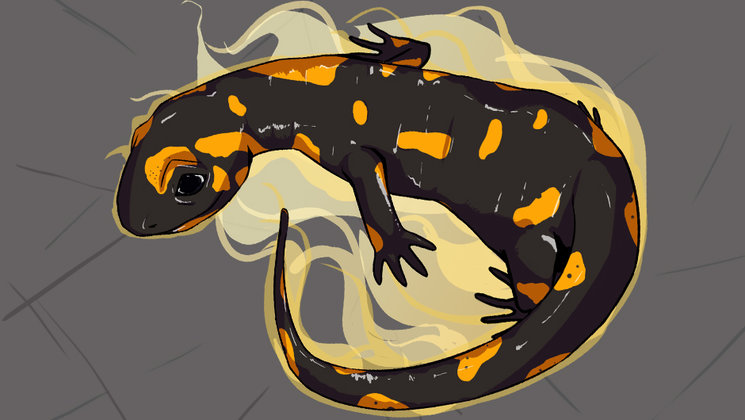 Playing Habitat is not only fun!

In addition, you can also learn a lot about:

NATURE, ECOLOGY AND CONSERVATION You will know better many species of flora and fauna, how a food web works, the flow of energy and matter cycling, the problem of invasive alien species, metamorphosis, hibernation, human disturbances, conservation actions, biogeochemical processes, natural phenomena and more.

ENGLISH Because the cards are in English, you will also will improve this language.

MATHEMATICS Throughout the game you will have to do some mental arithmetic, but don't be scared, not too much.

STRATEGY Squeeze your neurons to manage your cards in the best way possible. You'll have to reason, make mindsets, plan...

MYTHOLOGY Boggarts, brownies, dragons, elves... Do you know them all?

As you see, it is a perfect game for the whole family, for people wanting to learn new things and especially for students from primary school to university.

International delivery > add this option to your request if you need your game outside Spain (up to 10 decks).

if you are a group that lives far away

March 30, 2017 — 0 comments
The poll is also in English. Give us your oppinion about HABITAT at https://docs.google.com/forms/d/e/1FAIpQLSfDq0WTfyGTLy3FgPf5kV93bAlSAi5SI-Y-SiAo1ZAnQ9NwJg/viewform?c=0&amp;w=1&amp;usp=mail_form_link