We are The Machetazo, contemporary jazz band of 5 musicians from different parts of Spain. We have decided to make our dream come true and record our first album as a band. To achieve this dream WE NEED YOUR HELP.

1 ticket for the releasing concert

Digital copy of the album

Physical copy of the album

Physical copy of the album + 1 entrance for the releasing concert

Digital copy
+ 2 Physical copies signed by the five band members.
+ 2 T-Shirt
+ 2 Tickets for the release concert
+ Your name in the album as a part of it.
+ Attendance to a rehersal of the band in which you can participate actively asking questions of any kind of suggestions.

The Machetazo is a quintet created by five musicians and friends, Jorge Castañeda (piano), Daniel Juárez (sax), Nacho de Frutos (guitar), Darío Guibert (bass) and MikelUrretagoiena (drums), during our adventure of five months living in New York. All the members studied jazz bachelor degree in San Sebastian (Spain) and we decided to extend our studies with a master degree in Holland, which included the five months stay in New York. 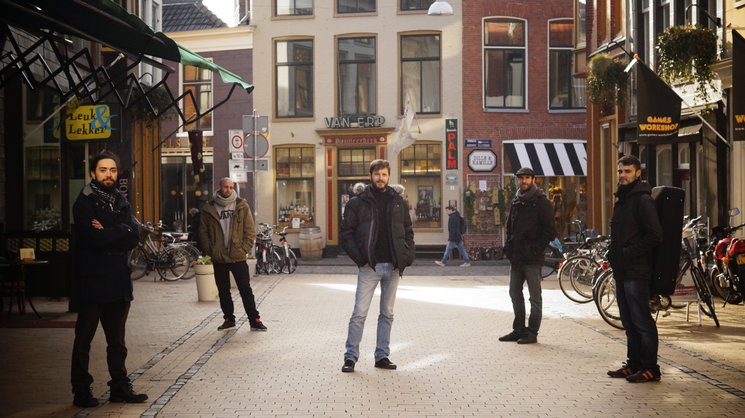 “STORIES OF A MACHETE”

Everything started there, New York the Mecca of jazz music, amazed by the hugeness of everything around us. And there we were, five Spanish guys full of enthusiasm for what that city had prepared for us and with no money at all, a situation that was not very different from what we had experienced in previous years and therefore we solved it easily. We decided to look for a flat to live all together for purely logistic reasons:

And we found it! In the heart of brooklyn, specifically at Prospect Place 1290. Name, that later we decided to give to the album due to the direct connection that had the living experiences between those four walls with the compositions of the CD and with the essence and special connection that is The Machetazo.

Once we started living in our beautiful, clean and tidy home at Prospect Place St., we began to look for a rehearsal room to develop and shape our brand new compositions. We are very thankful to the great saxophonist Adam Kolker, for sharing with us his 24 hour, fully equipped rehearsal room at Brooklyn.

It was in that place where some of the new songs in our first album, such as “

After some rehearsals and many fun nights at Grassroots, one of our meeting places to drink beer in Manhattan, we started playing gigs in New York clubs. Our debut was such a nice and amazing experience for us and for the audience that everyone who was there will always remember.

After finishing our propose at that moment in the Big Apple, we started planning our new destination, Groningen city in The Netherland. We knew very well the city, because we lived there one year before going to NYC, and we had to finish our master degree diploma during the following six months. It was in that fun city full of people from all around the world and with such a great and inspiring community of young talented musicians, The Machetazo started to be a real rock band playing jazz music.

In Jun 2016 we finished our degree. We closed that stage so significant for us having in our minds the image of our dream closer: OUR FIRST ALBUM

For this, we got in the “Black Hill” studios to record in September 2016. After a very intensive recording session, where we could feel for short moments the chaos that sometimes invaded our home at “Prospect Place 1290” We have successfully finished recording, but suddenly we ran out of money and we still had to do the mastering, the design and the actual printing. So the CD was a bit stuck, we were waiting for some magnificent idea to collect money for the project. And at the most unexpected moment !Plum!, the light came out and we found Crowdfounding as our best option, since asking for money without anything in return is not the best option to finance a project.

WHY SHOULD YOU COLLABORATE IN THIS PORJET? 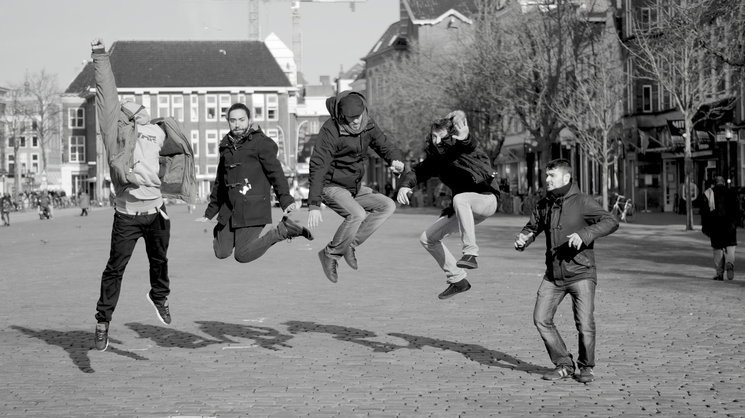 The system of rewards of this method of financing is the most fair when it comes to asking for money. We don´t want donations without anything in return, we want to make you a part of this project. Therefore depending on the amount of money that you donate to this project you will be rewarded with a piece of The Machetazo, from a digital copy of the album to a private concert of the band.

The Machetazo needs you! This project is so close to become reallity.

We have a lot to say in this world where it takes so much effort to be recognized. Help us and become part of the story that staretd in New York, passed through Holland and arrived to Spain to make some noise around the world!

¿WHEN AND WHERE WILL I RECIVE MY REWARD?

The Machetazo will organize a release party the 22nd of APRIL at 19:00 at Sala Clamores (Madrid), where everybody who collaborated and made this project possible will be called and will receive the reward. For those who will not be able to attend at the date of the release party, we will send the reward by post to any part of the world with all expenses covered using our special service called “The Machetazo knocks your door”. 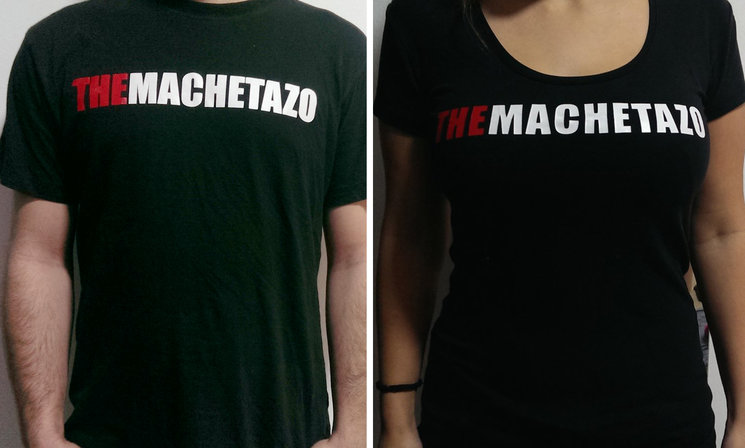 1 ticket for the releasing concert

Digital copy of the album

Physical copy of the album

Physical copy of the album + 1 entrance for the releasing concert

Digital copy
+ 2 Physical copies signed by the five band members.
+ 2 T-Shirt
+ 2 Tickets for the release concert
+ Your name in the album as a part of it.
+ Attendance to a rehersal of the band in which you can participate actively asking questions of any kind of suggestions.