Brew-Hope is a project of Cervecera Libre to create craft beer in solidarity with those fighting to create a better world. We begin with Lagarta, a blonde ale with ginger, coriander and orange peel. 10% of benefits will go to Extremadura Entiende, a organization fighting for LGTBQI rights.

Tasting of our beers where you are! (Madrid or Mérida) for 6 people.

Tap a keg where you are! (Madrid o Mérida)

Cervecera Libre is a little world created by women who want to enjoy life a little and earn a living following their dreams. We are based in Extremadura but you can find us around Spain. Until now we’ve brought two beers, La Loba and Medea, to the market but we have a ton of recipes patiently waiting their turn. We always brew in small batches, using high quality ingredients, zero extracts, with inspiration, much care and never in a rush.

Yes, it’s what you’re thinking…we’re we are those daring entrepreneurs with which the Treasury is lining it’s pockets. Our lives revolve around beer…developing, brewing, marketing, selling, festivals and between all that we eat, sleep and of course drink beer. One day we realized that our activities and activism outside of Cervecera Libre had evaporated thanks to the grace of entrepreneurship. 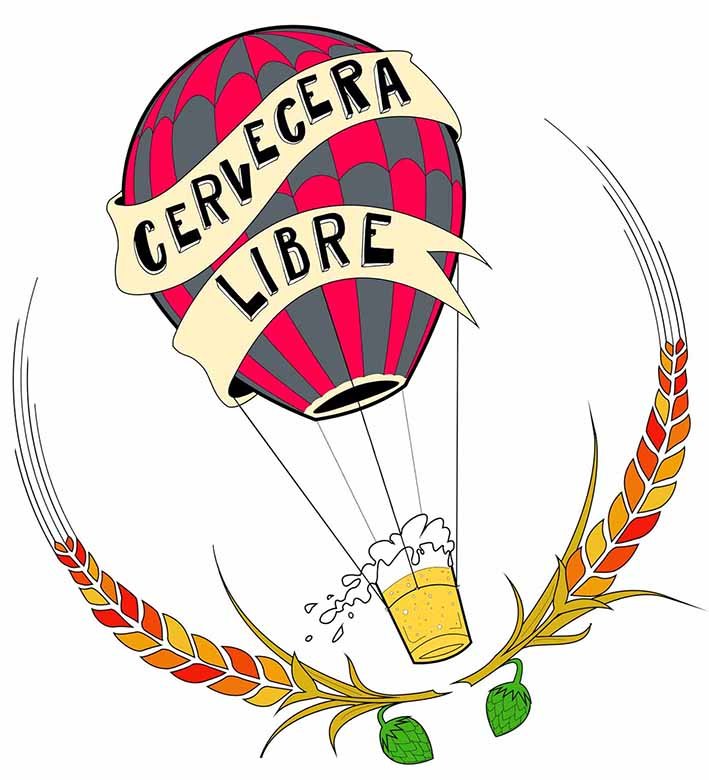 Brew-Hope is a project with which we can move beyond beer. Backed by crowdfunding we are weaving a network of awesome people, elaborating new beers from our mountain of recipes and donating 10% of the benefits from the sale of those brews to associations in line with our impure and deviant minds.
video in english

Lagarta Ale is blonde, smooth, light at 5% and laced in candied ginger, corriander and orange peel. We have faith that this is a scandal that you’ll love.

Lagarta is the beer in the Brew-Hope series. "Lagarta, like lizard? What a strange name..." No, we don’t mean a female lizard or a moth. The Real Academy of Spanish lists Lagarta as a "sly woman" or "prostitute". It is a word like so many others which has served to humiliate and offend women. We re-claim this word as our own and remove the Blessed Guilt.

The label was designed by p.nitas*, a feminist artist from Extremadura. She was one of our inspirations to begin this project thanks to her work and her activism.

10% of profits from the sale of Lagarta will go to Extremadura Entiende. For the last seven years Extremadura Entiende has worked toward increasing visibility and giving voice to lesbian, bisexual and transgender women. Their voice is heard throughout the region, vindicating our rights and, in turn, transmitting our concerns and realities.

As part of this exciting and committed work their current project takes a special look at LGBTQI concerns in rural areas and encourages development through the following actions:

Provide advice and support to lesbian, bisexual and transgender women in Extremadura;

Address the social realities of those who are in prison and those who live in care facilities;

Bringing the reality of family and affective diversity to children in small towns.

In short, a promising work that aims to avoid the risk of social exclusion and achieve a more plural, tolerant and diverse Extremadura.

Postcard and Poster designed by p.nitas* 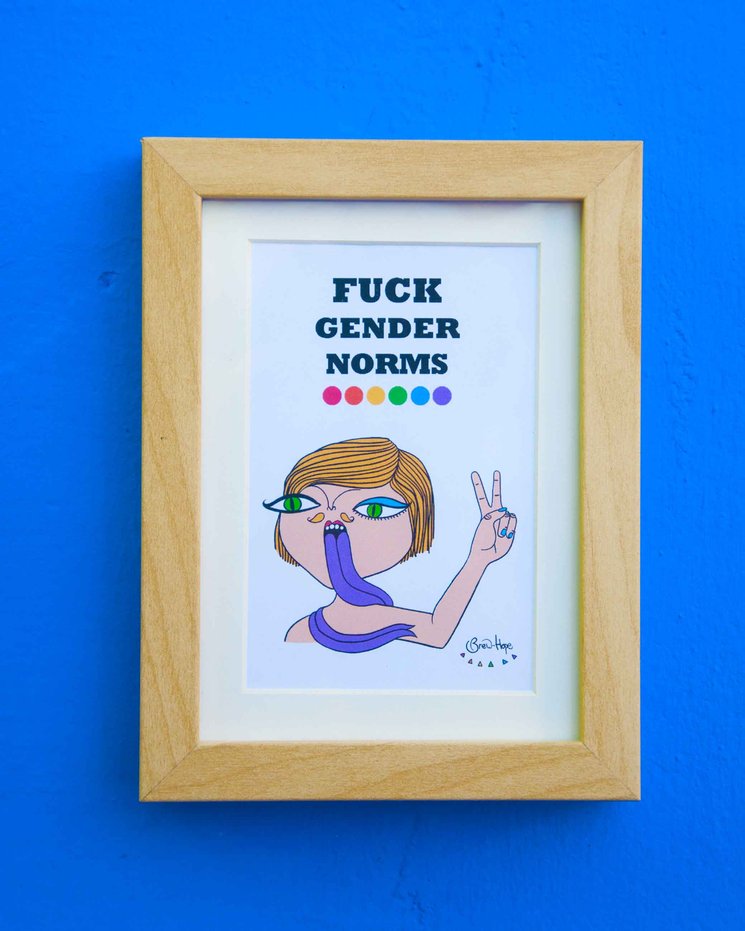 Lagarta Ale in a 25cl bottle. There are various options, they can be picked up in Madrid or Mérida or shipped to the Spanish peninsula and the Baleares islands. or to Europe (*España* peninsular y Baleares o a Europa ( Portugal, Francia, Italia, Holanda, Luxemburgo, Bélgica, Alemania, Escocia, Gales, Inglaterra, Austria, Dinamarca, Finlandia, Irlanda, Suecia, Bulgaria, República Checa, República Eslovaca, Eslovenia, Estonia, Grecia, Hungría, Letonia, Lituania, Polonia y Rumanía). Sorry Canary Islands, but is a mess, if this goes well we’ll try to ship to you later! 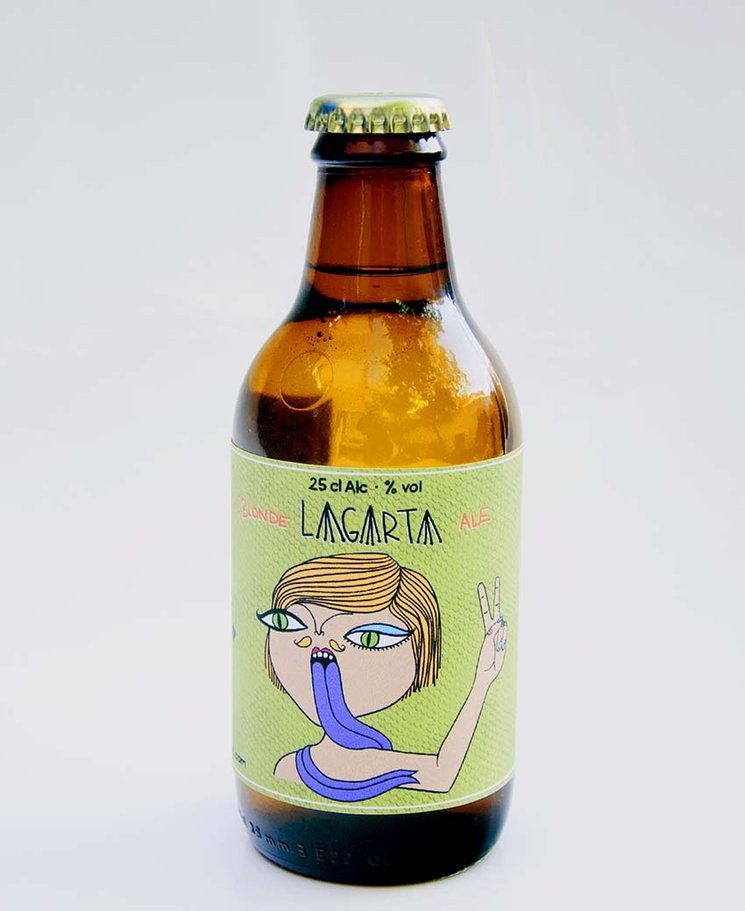 There are two options available for tastings:

That’s right, we’ll bring our equipment where you like and we’ll tap a keg of Lagarta Ale! Just like with the tastings, this offer is only valid for Madrid and Mérida (surrounding areas too)

We’ll come to you in Madrid, Mérida or surrounding areas and make a beer together from milling the malt to the bottling. The ideal group will be no more than 10 people but we are adaptable. It will take approximately seven hours to brew on one day, including a tasting of our beers. About 15 days later we’ll bottle the beer which will take two or three hours.

Where will your support go?

-Elaborate 1000 liters of Lagarta Ale, and purchase her bottles, labels and packaging, which will cost 4000€

-Shipping costs: depends on the number of shipments and reward type

If we make it past our goal we can brew more liters, which increases our donation, and cover all the rewards…especailly the shipping!

The postcards and posters we can begin sending out two weeks after the close of the campagin.

Lagarta beer will take approximately two months from the close of the campagin. As soon as it’s ready we’ll start shipping!

The rest of the rewards associated with the brewing of Lagarta will begin approximately two months after the close of the campagin. Then we can begin the tastings, workshops and tapping kegs!

You can learn more about us at:

Tasting of our beers where you are! (Madrid or Mérida) for 6 people.

Tap a keg where you are! (Madrid o Mérida)