The story of Jan

Jan has Down Syndrome.His father has been writing in a blog and recording him for five years.This film tells us a story of overcoming and acceptancy from an intimate point of view.Through sense of humor, effort and love for him,Jan´s parents try to normalize and let the world know about their story.

When my son Jan was born and I realized he had Down Syndrome, I had the urge to write a blog and tell about what was happening to us.

My instincts, coupled with my emotions, inspired me and I started recording whatever was happening. Since I am a film director and an editor, I felt the need to record every single moment.

It has been five years since I started recording Jan and now I have decided to carry this project out from the blog to the big screen.

The difficulties you face when you have a son with Down Syndrome makes time stop. Your values changes and you give more importance to time and effort. What another child can accomplish without effort becomes an enormous difficulty; and it causes you to value every step along the way, no matter how small. Basic aspects of development such us shifting, crawling and walking arrive late and require a huge amount of dedication and consistency.

This film is a story of acceptance, effort and overcoming. A story that can help lots of people, not only families with disabled children.

I do believe that in this frantic life we live it is very important to stop once and a while, learn how to feel, listen to our children and above all, love others and stop judging people based on their intellectual abilities. 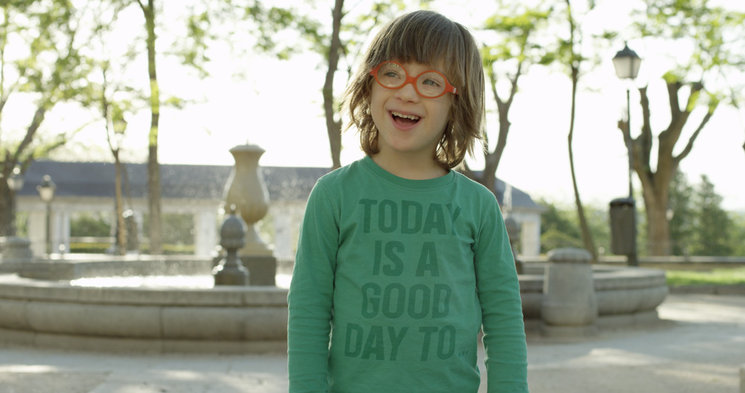 What makes this film special?

A documentary tries to tell and show the truth.

When a father, who has dedicated his life to film, has a son with Down Syndrome and records him for five years, the result can only be an intimate, intense and deeply documented portrait.

That’s why this film is a unique project with the added value of reality and emotions. It is a fresh and vivid portrayal, dealt with a sweet sense of humor that will help the audience come closer to the unknown world of disabilities.

What are your shares destined to?

Our main goal is that The Story of Jan is released on the big screen and shown in major Film Festivals. We strongly believe it is important the public enjoys the movie in the main theaters.

For this reason, it is important that the film have a professional finish.

Right now we are running the pre-production phase and we need a kick-start to make this film a reality. The final cost is great, but with your help we could bring this project to life. 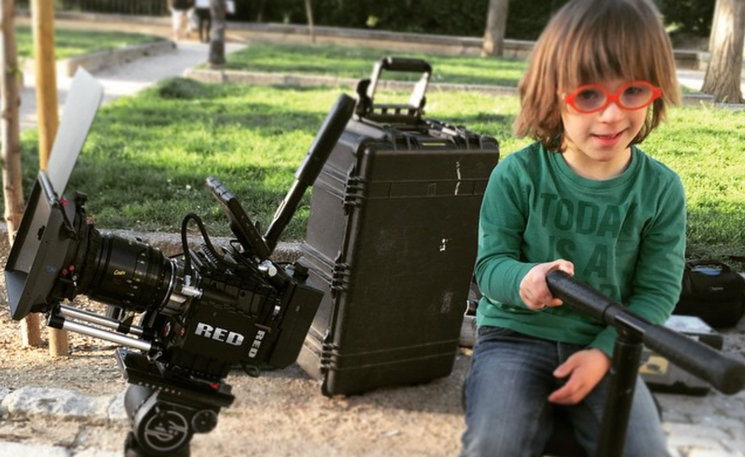 Some important scenes are still to be shot, and the most difficult of all: editing and sound and vision post-production.

Lastly, a portion of the fundraised money will be used to get publicity for the film in motion such as presentations to media sources and working on communication strategies.

ABOUT THE DIFFERENT REWARDS

First of all we like to thank you all for supporting the film.

In order to acknowledge your help, we have come up with the following options: 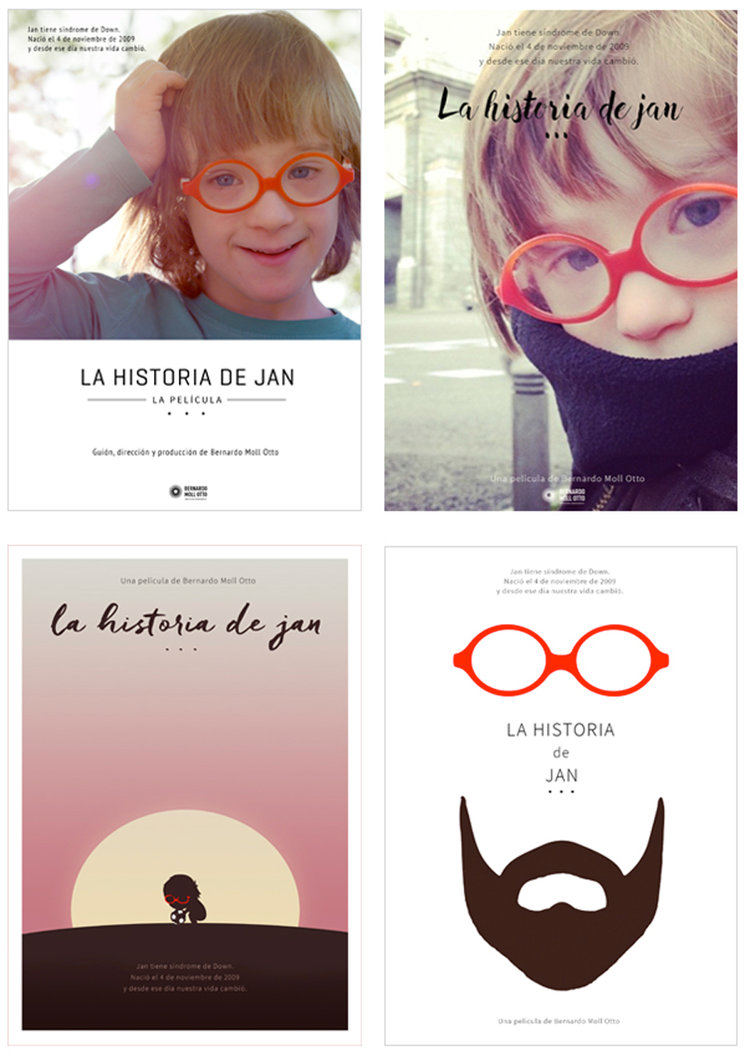 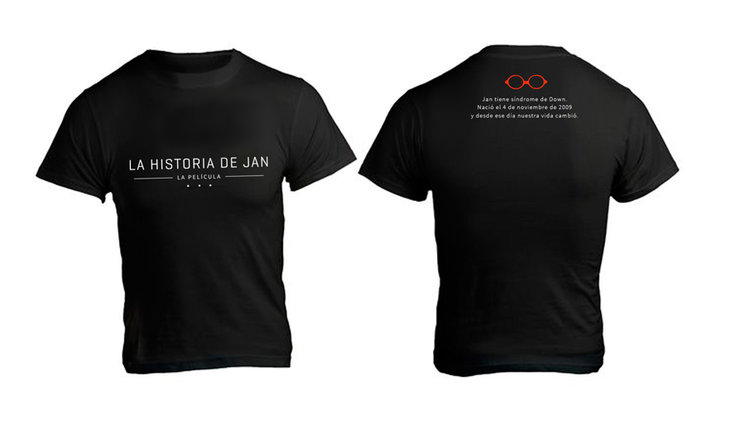 And for the most ambitious, we offer our packs.

This pack offers you the chance to appear in the final film credits. You will also be invited to an editing day when the movie is further along. You can even leave your own mark on the film! Of course, anything mentioned previously is also included.

A mix of the two packs with four tickets for the Madrid premiere.

This pack offers you the chance to appear in the final film credits. You will also be invited to an editing day when the movie is further along. You can even leave your own mark on the film! Of course, anything mentioned previously is also included.

This is our most ambitious pack. It includes everything mentioned previously plus your name will be seen in the initial credits and on our posters. You will also be mentioned in the media.

You will also receive four opening night seats located next to our film team! 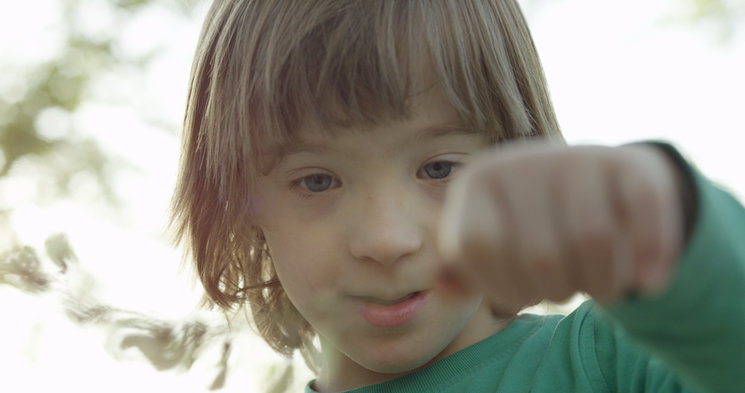 A few scenes need to be shot this summer and we will start editing and post-production right away.

At the same time, we will be working on the original soundtrack which is a main part of the movie.

Sound and vision post-production will take us into November and our main goal is to have the first copies delivered to movie theatres and festivals.

We don’t have a date for the movie premiere but we are hoping it takes place by mid 2016.

Since we include the DVDs and other additional items in our packages, we ask for your patience when you are ordering the gifts. Once the movie is finished and released, we will begin to send the gifts. 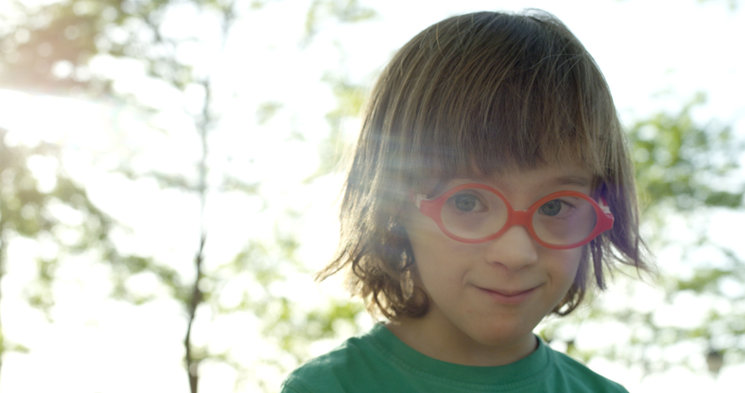 Bernardo Moll studied film in 1994. He also has a degree in graphic design, photography and postproduction software.

Since then, he started his own production company and has directed and taken part as director and editor in more than fifteen short movies and documentaries.

In 2005, he edited his first movie A Year in the Moon, directed by Antonio Gárate.

In 2009 he was the assistant director and editor of the movie Love is Moving directed by Mercedes Alonso.

He has also worked with Antonio Hernández editing the movie Borgia as well as edited a video clip for the band Sidecars.

Since 2009, he has served as an editing and production teacher at CES, Ondas Escolares and Instituto de Cine de Madrid.

Belén Bernuy. Her professional life starts in 1988 working for various production companies: Elías Querejeta P.C, El Deseo and Lola Films. Later on, she worked as a producer and director for Tornasol Films and contributed to films such as El otro barrio and Sinvergüenza.

At the same time she founded her own company, Centuria Films, and produced Cachorro and Sangre Ciega by Miguel Albadalejo (nominated for a Goya in 1993) and in 1999 she coproduced her first movie with Alta Films , Marta y Alrededores.

From 2001 to 2009 she was an Alta Films executive producer, participating in the making of Te doy mis ojos. In 2006, she created the first movie solely produced by her company Los girasoles ciegos.

By the end of 2006, she released the documentary Garbo, el hombre que salvo al mundo with the help of Centuria Films and Ikiru Films The documentary was awarded with a Goya the very same year.

Alfonso Postigo has studied Audiovisual Communication at the Complutense University in Madrid. After that, he received a photography degree at ECAM and took part is several short movies. In 2002 he worked as photography director in Un año en la luna by Antonio Gárate. Since then, he has shot Pagafantas by Borja Gobeaga and Yo también by Álvaro Pastor and Antonio Naharro, amongst others. Recently he has worked in T.V. series such as Crematorio, Gran Reserva, o Cuéntame un cuento. He has worked with directors such as Manuel Gómez Pereira, Antonio Hernández, Salvador Calvo or Norberto López Amado.

He has also produced for other bands: Los Planetas, Niza, Portonovo, Mirafiori.

He has his own recording studio: Alamo Shock.

Diego Cataño (Mayor Tom), “Mayor Tom”, was part of Delomo since 1998 to 2005 and recorded two albums with them. He also played the guitar for “Jabon Blue” and produced four albums.

The Major Tom project started in Madrid in 2005. In 2008, he releases his first record “Myspace” touring all over Spain. Now, in 2015, he is recording again , in his own studio named “Control Tierra”

Mónica Vic. Monica’s most recent role has been Clara Chacón in the T.V. series Isabel. Her last appearances on the big screen were Siete Minutos by Daniela Fejerman, El amor se mueve by Mercedes Afonso, and Malas Temporadas by Manuel Martín Cuenca.

She is currently working at the Fernando Fernán Gómez theatre, with the play Our Town directed by Gabriel Olivares.

Her works on T.V. include Aida, Hospital Central, El comisario, Génesis, Círculo Rojo, and Living Lavapiés. With Antonio Hernández, she worked on the T.V. movies Días sin Luz and Sofía. 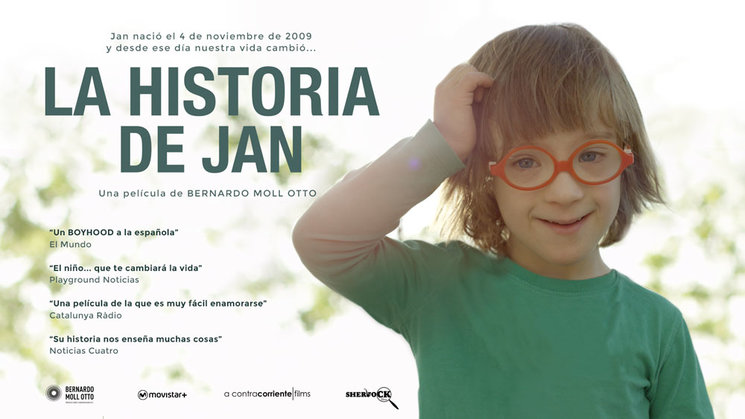 Invitation for an editing day with the director when the movie is about to be finished.
+ Special mention in the movie final credits
+ 6 Tickets for the movie premiere in Madrid
+ 2 The story of Jan books
+ 2 Mugs
+ Movie Bluray
+ DVD with extras
+ CD with the original soundtrack
+ 4 A5 printed posters designed by Ketodico
+ 4 T-Shirts
+ Online private viewing

Appear as a collaborator in the starting credits o the movie aswell as in posters and media.
+ 4 seats booked by the movie team during the premiere in Madrid.
+ Invitation for an editing day with the director when the movie is about to be finished.
+ 2 books The Story of Jan
+ 2 Mugs
+ Movie Bluray
+ DVD with extras
+ CD with the original soundtrack
+ 4 A5 printed posters designed by Ketodico
+ 4 T-Shirts
+ Online private viewing

252
are returning backers of Verkami
448
are new backers

Invitation for an editing day with the director when the movie is about to be finished.
+ Special mention in the movie final credits
+ 6 Tickets for the movie premiere in Madrid
+ 2 The story of Jan books
+ 2 Mugs
+ Movie Bluray
+ DVD with extras
+ CD with the original soundtrack
+ 4 A5 printed posters designed by Ketodico
+ 4 T-Shirts
+ Online private viewing

Appear as a collaborator in the starting credits o the movie aswell as in posters and media.
+ 4 seats booked by the movie team during the premiere in Madrid.
+ Invitation for an editing day with the director when the movie is about to be finished.
+ 2 books The Story of Jan
+ 2 Mugs
+ Movie Bluray
+ DVD with extras
+ CD with the original soundtrack
+ 4 A5 printed posters designed by Ketodico
+ 4 T-Shirts
+ Online private viewing