Is a short film project written by Pau Escribano, starring Ann Perelló and David Verdaguer. However, the script is locked in a safe and nobody will be able to see it until we finish this verkami. Will you help us?

We only know that is a short film about a quantum lighter.

Pau Escribano, screenwriter and director, has locked the script in a safe in order to avoid spoilers and won't show it to anyone until this verkami is completed.

Do you want to help us do it?

Do you want to help actors, Ann Perelló and David Verdaguer, get the script so they can study it?

Do you want art department to be able to see it so they can start their work?

Do you want to read the script before anyone else?

Do you want to stop us from asking so you can ask?

Do not hesitate! Collaborate!

Who are the actors?

David Verdaguer doesn't know what he will be doing in the short film. What he does know is that he won a Gaudi prize for its role on 10.000 km and that he has a long history in cinema, television (currently as Crackòvia 's host) and theatre (currently as a member of Teatre Lliure's young company).

Ann Perelló hasn't been able to read the script yet. We don't know if the read the script of Otel·lo, her first leading role in a movie and worked from improvisations. She did read the scripts of a bunch of short films and theatre plays that she's performed in despite her youth.

Who is the director?

Pau Escribano is a guy who doesn't like spoilers at all, and he can even lock his own script on a safe to avoid them. Beside that, he's currently directing Crackòvia, he's co-author of Polònia. El Musical, he's been screenwriter and director of a bunch of TV projects, when he gets bored he does micromusicals as this one and he directed a short film several years ago, Primer Contacte, that you can watch here.

What will be our rewards?

There is a reward for every taste. From reading the script to having a script written for you, aswell as a lot of merchandising of the short film.

Here's an example of how the T-shirts and cloth bags will look like. 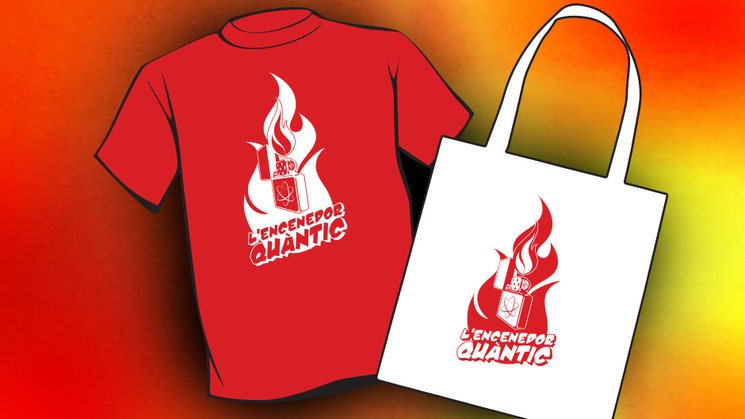 What will you be doing with our money?

What we get from this verkami will go to funding the short film and verkami's rewards.

-Distribution in national and international festivals

What if you get more money?

The 5000 € budget is the least we need to do the short film, but is not the ideal one. What would happen if we had:

7000 € Beside not having to put money from our pockets, we could have better equipment: better cameras, better lighting, better visual effects, better postproduction and, why not, better food in catering

12000 € If we reached this figure, we could even consider paying people for their job, something never seen in the audiovisual industry.

June 2015: We are shooting the film as we finish the verkami project.

Music: Claudi Herreros (yes, the one from Súper Gegant)

For anything you need: Grup Kimputx

Where can I find more information?

Can I ask more questions? 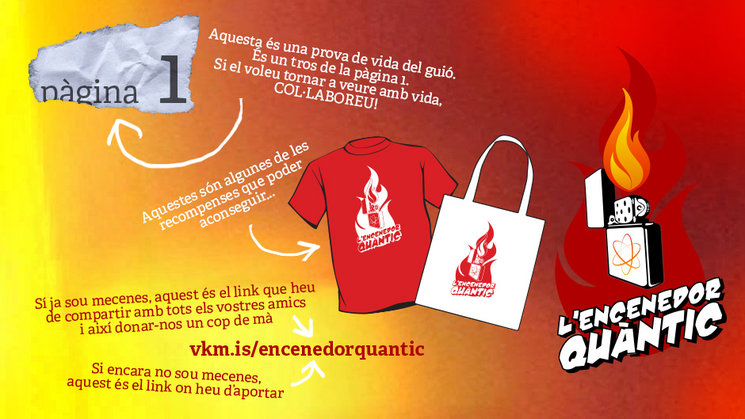