They're jumping on captain! Ready for boarding! Marines, today is the last day of that pirate scum! For the King, for Spain! ¡Abordaje! (Boarding!) is a tactical 2 players card game in wich you have to take over your rival ship. Will you go for the spanish gold or will defend the crown?

4 copies of the game
+ unlocked stretch goals
+ S&H worldwide or pick-up at Essen 2015.

Hi everyone, probably few of you know about me and my RPG & Boardgame blog 2 maracas D10, so 'Why should you invest in ¡Abordaje!?' 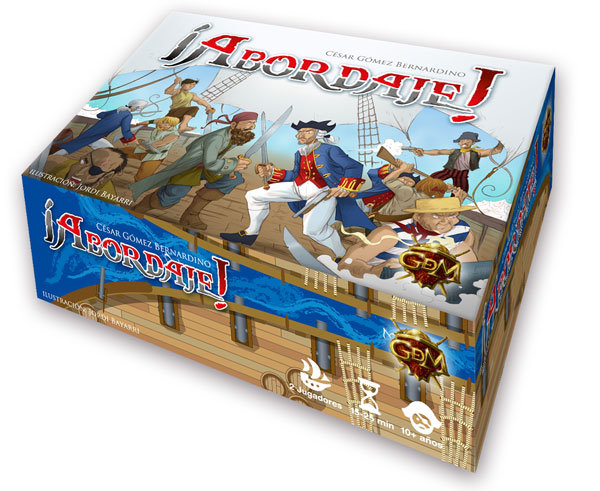 The main reason is that this is a great game. I know that this may sound subjective but I really think this is a good game that is worth the price. And I'm so confident about this point that you can go to my P&P blog area and try the free prototype version.

I'm confident about this game because a lot of people with much more experience than me with boardgames has tested it and liked it.

¡Abordaje! is a tactical game for 2 sailors over 8 years old that combines draft, control area and action selection mechanics. You're in charge of a fierce crew trying to take over an enemy ship. But, beware! Your rival is also trying and if you make a mistake you can end this fight as shark bait. The game is non-language dependant and ther will be rulebooks in English & Spanish (other languages can be added during the campaign).

How do I play ¡Abordaje!?

Let's take a brief look at the basic game mechanics, remember you can read the complete prototype rules for a deeper understanding of the game. 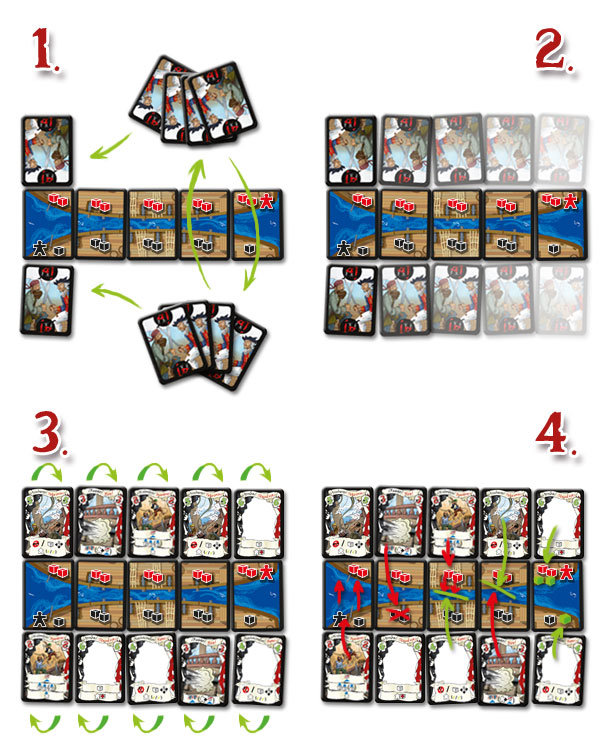 1. Shuffle all 12 action cards and deal 5 to each player. Each round players play one card face-down beside the first ship-deck card. After this, players swap they card hands.

2. Keep playing cards and swapping hands until all 5 ship-deck cards have action cards on them.

3. Flip up all the action cards at once and use faction abilities.

4. Action cards are executed by priority order, those are the actions that allow us to fight, assault the enemy ship or simply duck and cover. At the end of each turn ship-deck cards are checked for enemy control.

What will you do with the Spanish loot?

Game art will come from the hands of Jordi Bayarri, a well known Spanish comic artist who will help us to move from the prototype to the spectacular final version of the game. 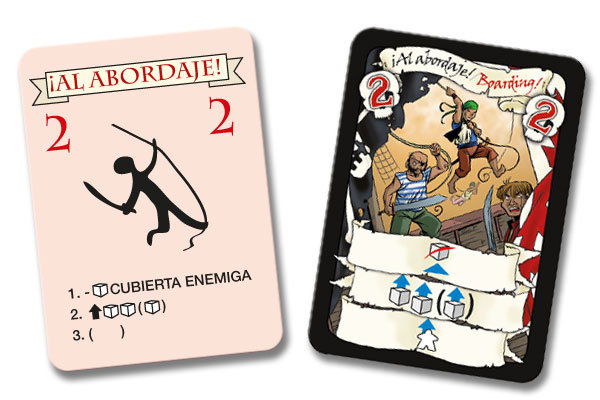 If we go over our basic funding objective we'll be unlocking stretch goals to give you more for your support.

What's in the ship's hold? 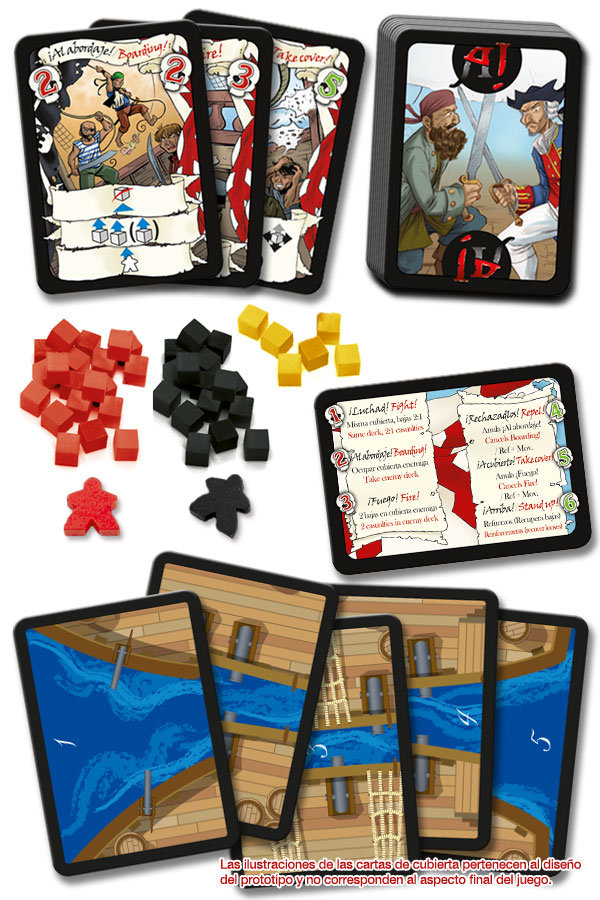 What do I get for my doubloons?

¡Abordaje! has pledge levels for everyone's needs and likes, whether they are particular buyers or professional ones.

Be the first jumping on the enemy ship. 1 copy of the game + unlocked stretch goals + S&H to Spain (peninsula) or pick-up at Essen 2015.

4 copies of the game + unlocked stretch goals + S&H worldwide or pick-up at Essen 2015.

The fight will be fierce and merciless, but we'll prevail and our reward will be the gold or the glory.

A pirate bag to keep all the game counters safe and secure.

Higher quality decks. We'll change the ship-deck cards for some impressive and thicker cardboard ones.

When do we set sail?

I want to know more about this bald captain...

If you want to know more about this project or what I do, you can follow these links (websites are in Spanish, but will answer in English if needed). 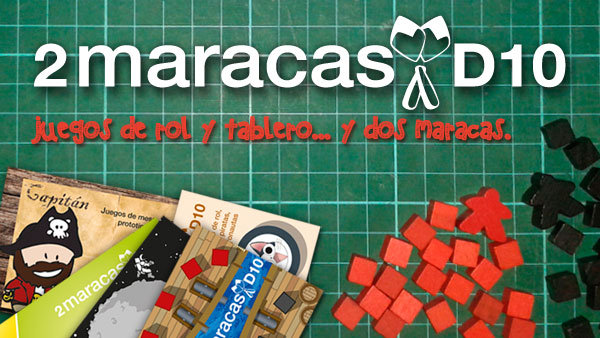 2 maracas D10 My personal RPG & Boardgames blog were you can take a look on my prototypes (English versions available) and a lot of stuff about those hobbies (in Spanish).

I what to ask you to trust in this game, if you like original projects with fresh ideas, if you would like to be at the beginning of this new game project and being able to say 'I was there when all the stuff of this guy waked up', ship with us and welcome to our crew. 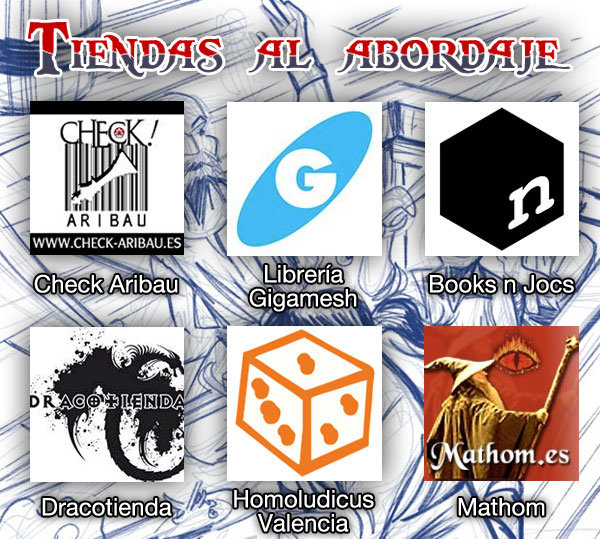 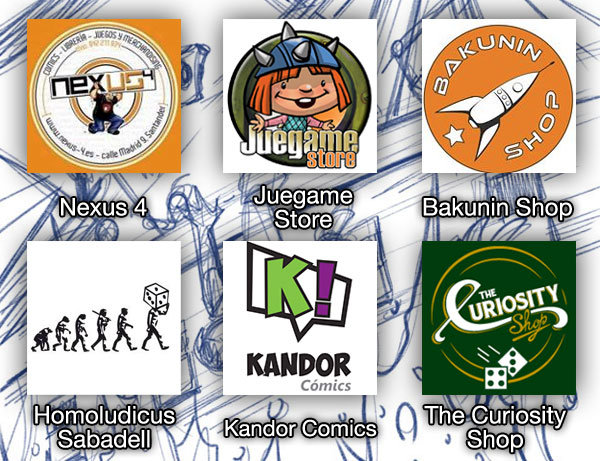 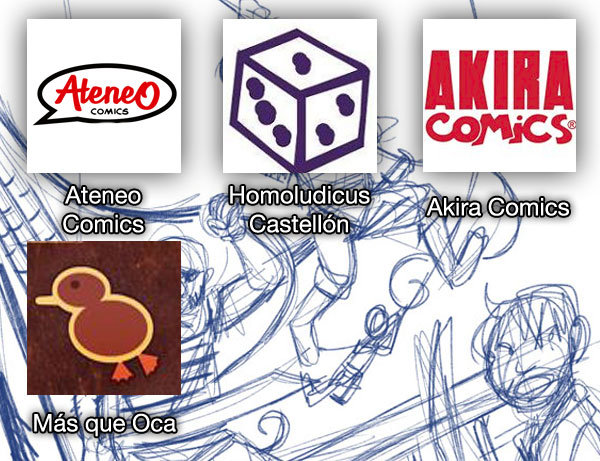 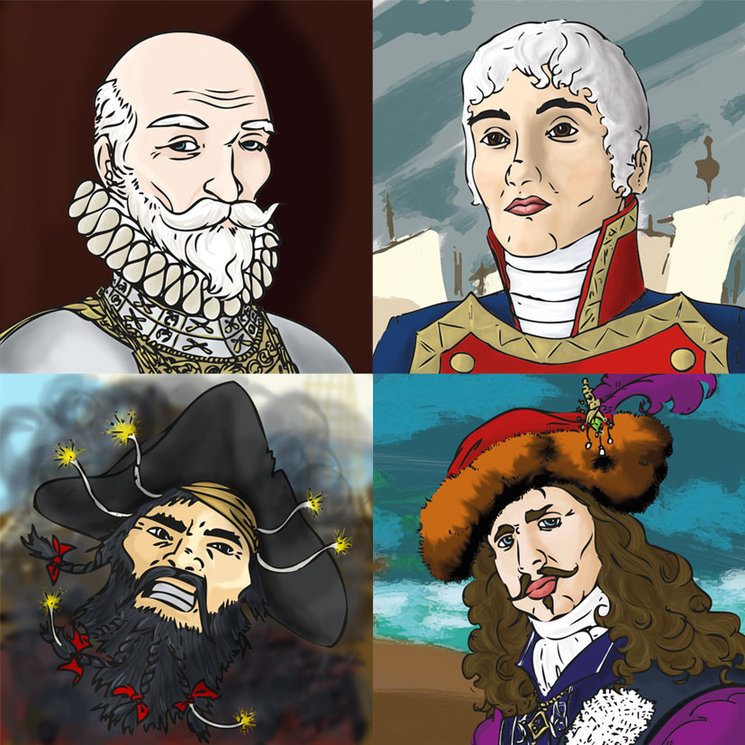 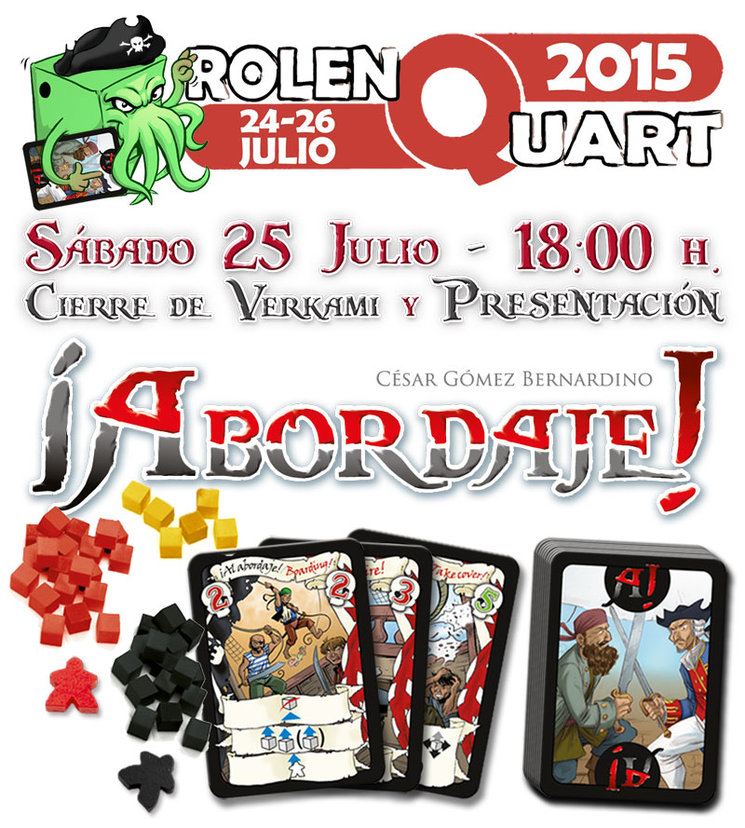 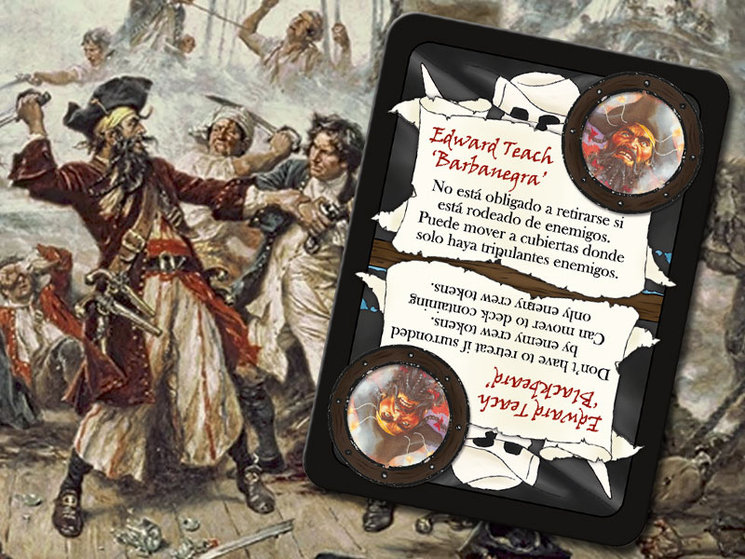 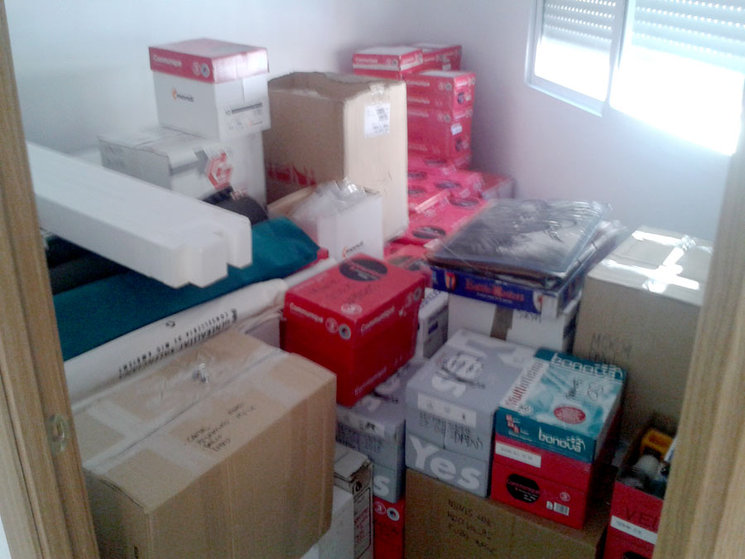 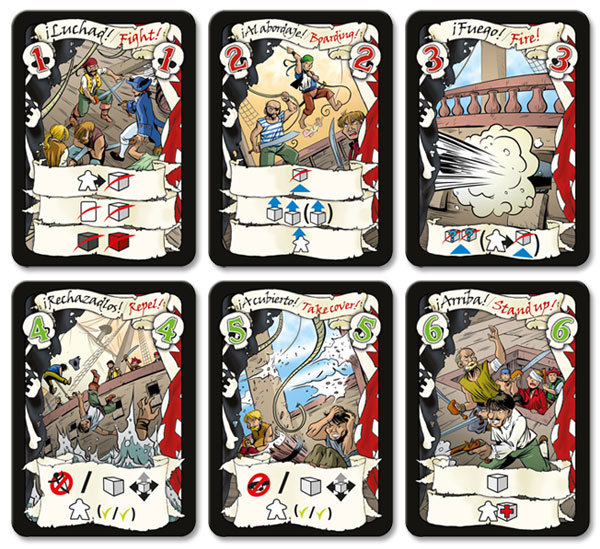 4 copies of the game
+ unlocked stretch goals
+ S&H worldwide or pick-up at Essen 2015.