Batería is a short documentary that guides us to the interiors of a colonial fortress close to Havana, Cuba, now used as a clandestine space for homosexual cruising. From here, the story of Armando José submerges us in the experience of Cubans gay men trained to live their life behind the walls.

Watch movie online
+ Thanks in the credits

HD Download
+ DVD
+ Film poster
+ Thanks in the credits

HD Download
+ DVD with extras
+ Calendar BATTERY MEN (in .pdf) by Javier Ferreiro (HermanoBunker)
+ Film poster signed by the author and the crew
+ Thanks in the credits

We offer the opportunity to discuss about BATERÍA and about the new independent queer cinema in Cuba.
(The organization of the cineforum will not be assumed by the fimmakers of the documentary film)
+ Thanks in the credits

In 1898 was constructed in Havana, Cuba, Batería No. 1, a fortress designed to protect the east coast of the city from a possible attack of The United States. The fortification was never used and stayed abandoned. It has been a while since Batería restarted its functions, but this time protecting Cuban gay men from the hostility of the Cuban heteronormative society.

One of these gay men is Armando José, a man who uses Batería not only as a place to have sex, but also where he can make friends, socialize, to be himself. He goes almost every day and spent there more time than in his own house. He has his own private room, the only one with windows. He had cleaned and made more confortable his own space; a place that even without doors no one else can enter. Armando José dreams with the fortress being reconstructed, clean, painted with bright colors and turned in to some kind of Gay Paradise, where gays and friends could come and have fun with safety. However, the reality is quite bitter: the place is dark and unsafe, and abuses, attacks and murders are commons.

Armando José tells stories about love, fear, violence and sex. Meanwhile, a camera follows the traces left by the men who go to Batería. We are talking about a camera that lives Havana and its socialist monuments and buildings, cross the tunnel and goes through bushes and junkyards until finally arrives to the darkness of Batería. Once we get there we will go with the camera through dark corridors, empty and humid rooms and staircases that take us to places where we can see the see. In the way we will find oxidized military guns pointing to nowhere, abandoned objects and stories written and painted on the walls, that remind us to the primitive paintings found in old caverns. The space itself seems to be telling stories about these men; about the way they made this place their own refuge. 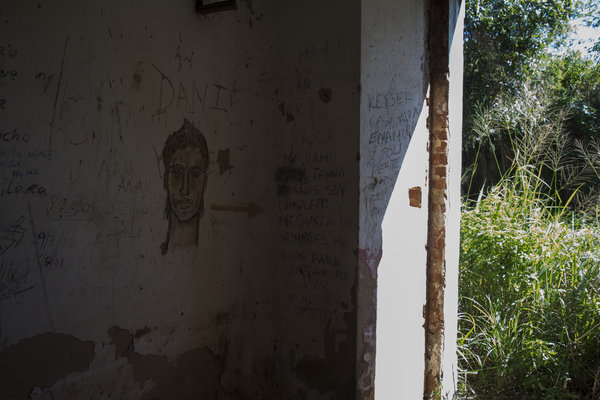 Batería looks for an approximation to the experience of a whole generation of gay men who lived their youth during the 70s and 80s in Cuba, when being gay was like being sick or a criminal. We are talking about men who, even now when things have changed a lot in Cuba, live with a deep weight of fear and shame; men that have developed special technics to love and live in the darkness, under the shadow of a society that refuses to accept any kind of sexual image different from the heteronormative canon.

I’m gay and Cuban. I lived the first years of my sexual life in places similar to Batería. They were usually cruising spaces frequented at night and quite close to the center of Havana. There was no other alternative for me: the darkness made those spaces the only spots where I could resolve the sexual and social dilemmas of the beginning of my adult life. Now I think about the influence that those spaces had in my sexual and social education. The weight is heavy and quite difficult to make it lighter.

When I met Armando José, I realize how terrible could be living a whole life under that shadow, hidden in the darkness, behind the walls of a colonial fortress. Since we first met, it was easy to notice the need in Armando José of taking out of the darkness his stories, his dreams, his desires and his most intimate pain.

The short film we want to get to show you is not a critic against any kind of governmental institution or figure. The main objective is to put image and sound, light and words on a reflection about the invisible repression, about the pain that causes living rejected by the society. At the same time, we want to show individual tactics of transgression, applied for a long time by the gay community in Cuba in order to survive within the heteronormative status quo. Our work is dedicated to those who feel pain for being marginalized but also to the people who can, changing their way of thinking about the others and themselves, change the whole world. 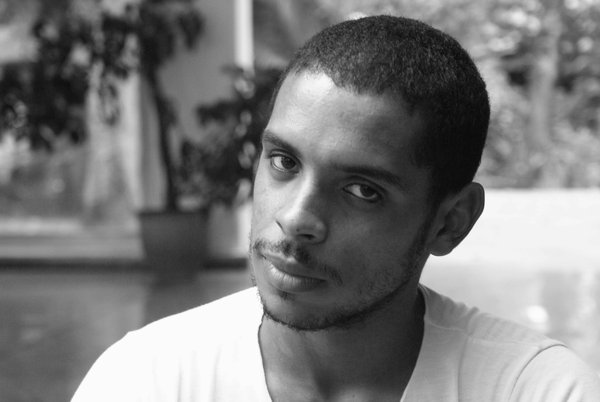 Batería is a short film project with a very reduced budget. We’ve been months working by our own on the research and the development of the project. The urgency of this short film made us think on crowdfunding as a way of finantiation based on individual and personal wills, far away from the heteronormative burocracy of our country. Nevertheless, we count with the support, in terms of academic tutorship and postproduction, of the EICTV (International Film and TV School of San Antonio de los Baños), where the crew met each other studying and working together. With your support we will be able to shoot the entire material we need in order to start postproduction. We will also destine a great part of your support to the exhibition of Armando José story in film festivals, cineforums focused on queer cinema, schools, universities and by online streaming on the internet. 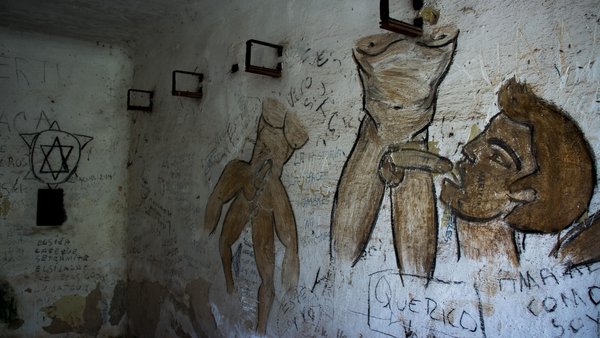 Among the rewards, you can purchase the DVD, along with the possibility of watching the documentary online.

In addition, we will create a serie of visual materials related to the short film as the calendar BATTERY MEN by Javier Ferreiro (HermanoBunker), cartoonist and producer of the documentary. 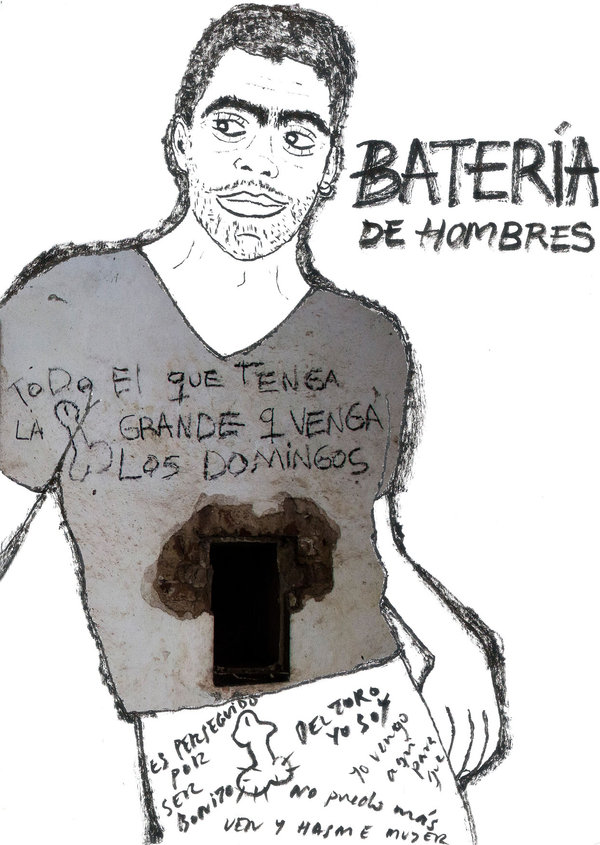 We are also preparing a complete dossier of the project and a photographic diary about the filming of the documentary.

Finally, we offer the opportunity to discuss about the project and about the new independent queer cinema in Cuba.

The project is currently in its last step in the development stage. We begin filming in mid-January. For the post-production, we have a period of five months until the completion of the final master project that will be in late June. We estimate that we will deliver the rewards from July.

Watch movie online
+ Thanks in the credits

HD Download
+ DVD
+ Film poster
+ Thanks in the credits

HD Download
+ DVD with extras
+ Calendar BATTERY MEN (in .pdf) by Javier Ferreiro (HermanoBunker)
+ Film poster signed by the author and the crew
+ Thanks in the credits

We offer the opportunity to discuss about BATERÍA and about the new independent queer cinema in Cuba.
(The organization of the cineforum will not be assumed by the fimmakers of the documentary film)
+ Thanks in the credits