My name is YISSY and I am a drummer. BANDANCHA is my musical project. We dream of recording our first CD and place it on the net. We would love to have your support.

Your name appears on the CD acknowledgements
+ Advanced digital download

My name is YISSY and I am a drummer

I was born in Cayo Hueso, a Havana barrio where not a day goes by without a drumbeat or a rumba dance. As a musician I am restless and intuitive. I like to experiment, explore new formulas, develop my own style. I am passionate about Jazz but I enjoy playing any genre; either pop, salsa or cha-cha. Playing the drums is my way to communicate, establish a dialogue and convey my ideas. It is a language where I am eloquent.

BANDANCHA is my first musical project

We are a quintet made up of Jorge Aragón, PIANO; Julio César Gonzales, BASS; Julio Rigal, TRUMPET; Jigüe DJ, and I as BANDLEADER and DRUMS. Together we have toured the main venues and festivals in our country. From a very personal appropriation of Latin Jazz, funk and electronic music, we mix sounds and styles from our patio, the Caribbean and the world. It is High Speed Cuban Jazz. 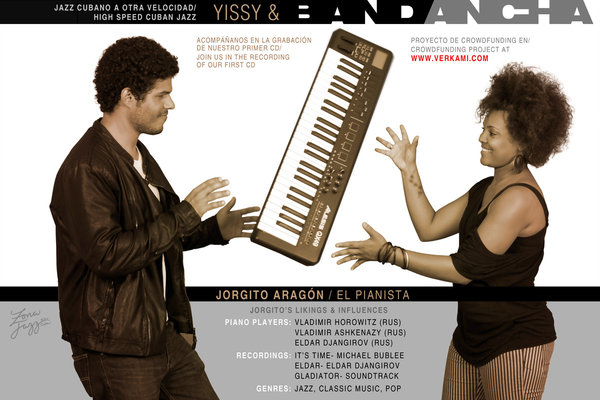 What brought us here

We dream of our first CD, recording tracks we have been writing and playing since we started this adventure two years ago. We are Cubans and live in Cuba. Transformations in the musical industry are perceived and lived here in a different tempo; specially everything that is related to technology and Internet. That is why we would love for our music to connect us to the world, to be uploaded on the net, and for people to listen to us, not only in concerts but also on their phones, iPods, cars; we want to be part of their daily playlists. 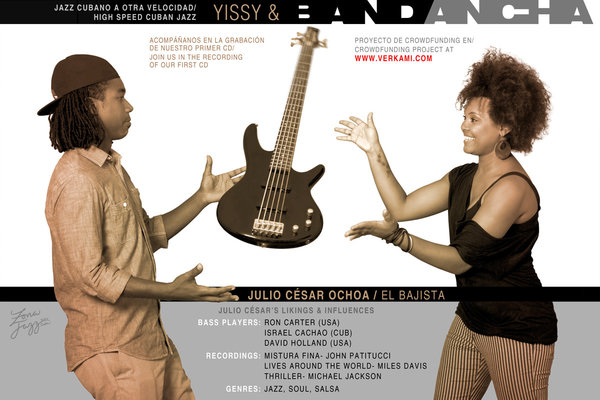 How will we use your contribution

The funds will allow us to produce the record digital master and upload it to the net. Budget will be distributed among recording studio, mix and masterizaton / musicians / staff / logistic and production / digital distribution. Any amount above asked will be used for the production of the first physical copies, and if we go even higher we will produce BANDANCHA first videoclip.

We were granted “El Reino de Este Mundo” award given by AHS, an organization that promotes young art in Cuba. We will use these funds to produce several of the gifts we are offering as rewards: posters, t-shirts and artisan CD copies. All limited editions. 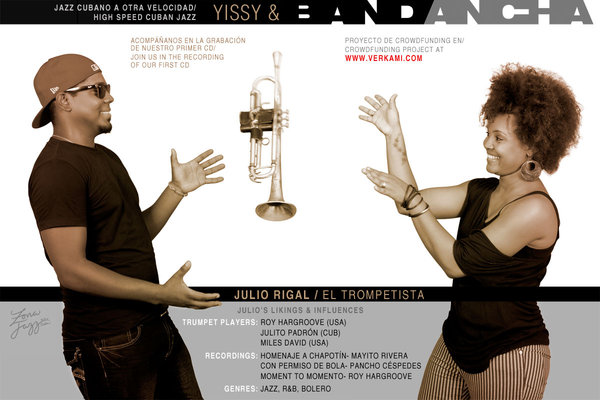 MAY 2015 – Official launching concert in Cuba 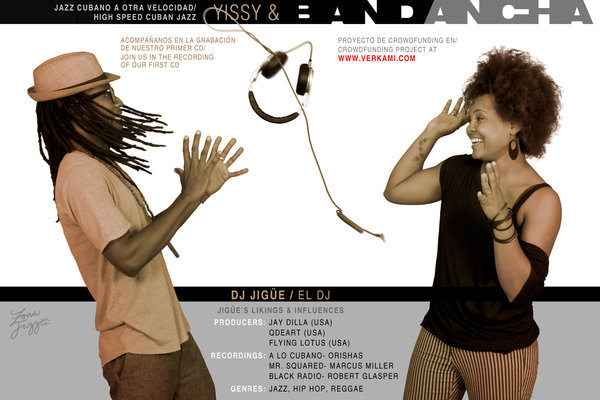 We chose crowdfunding because of its benefits: immediacy, promptitude and independence. We will continue to own our music and be able to distribute it through digital platforms that allow for its massive consumption. It will also allow us to socialize and enrich the experience with the direct involvement of friends, followers and patrons of the arts.

How can you help

Give us a few minutes of your time. Help spread the message in the social networks and share our project with your friends. Launch the CUBAN BANDANCHA.

As a young child, YISSY had inclinations toward music. At the age of 10, she studied classic percussion at the Manuel Saumell music elementary school, and moved on to the Amadeo Roldán Conservatoire where she graduated in 2006. Around that time she started to play drums, the instrument that would become her inspiration as an artist.

As a professional musician, her vigorous and lively temperament marks the tempo of a career of continuous growth and personal search, always branded by her biggest passion: jazz. She has covered the vast Cuban musical arena and has performed in various international tours and festivals, sharing stage with figures like Omara Portuondo, Bobby Carcasés, David Sanborn, Roy Hargrove, Horacio “El Negro” Hernández and Jane Bunnett.

In 2012, at the age of 25, already being an awarded iconic figure of female percussion on the Island, she decided to launch her solo career as bandleader of a new musical project that follows the routes of Latin jazz, funk and electronic music. Parallel to this work, she proves her versatility and continues to collaborate with outstanding musicians such as Alexis Boch, Roberto Carcassés e Interactivo, Yusa y Gema Corredera.

She has received several national and international awards: winner of the Jojazz International Festival, Cuba-2006; and first prize in the Drummer Category at the first edition of the Jazz Master Jam Festival international, Ucrania-2013.

Your name appears on the CD acknowledgements
+ Advanced digital download