"Los últimos días vistos del rey", is a photobook that chronicles the proclamation of King Felipe VI of Spain last June 2014 through a collection of frames from the broadcast of this event by the Spanish public television (TVE), thus closing a trilogy of books which officially began in 1975.

"Los últimos días vistos del rey” (“The last watched days of the King") is a book that tells the proclamation of King Philip VI of Spain through a collection of frames taken from the broadcast of this event by the first channel of the Spanish Public Television (TVE).

This work offers a visual analysis of the official image of this important event that was transmitted to the Spanish society, which will be reflected in an object-book which poses an "unofficial image" of it.

these two previous books, including a chronicle of the abdication of King Juan Carlos I on June 3rd, 2014, while trying to subvert the official image offered by the two first volumes. 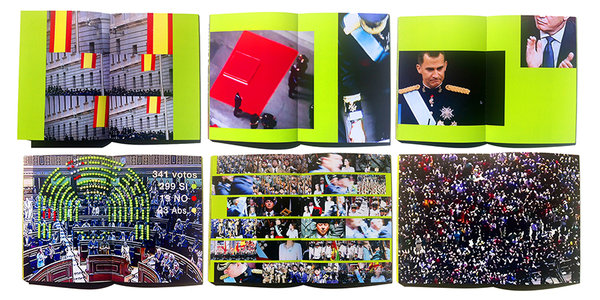 Features of the Book

Photos by J. Baron on the images by TVE 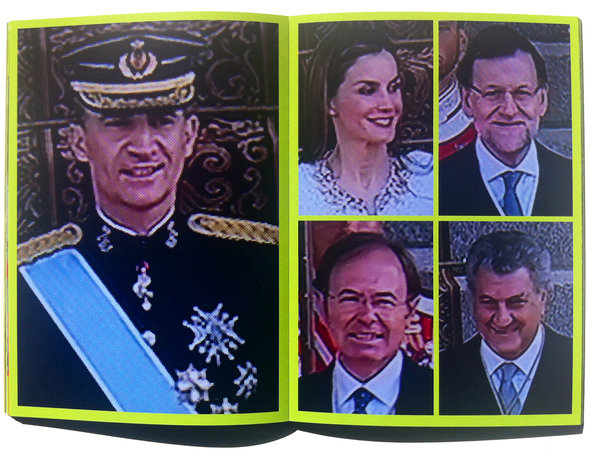 All the books purchased through Verkami will have a serigraph or the complete series of 3 serigraphs (as a reward) size 24x17 cm. personalized with your name. 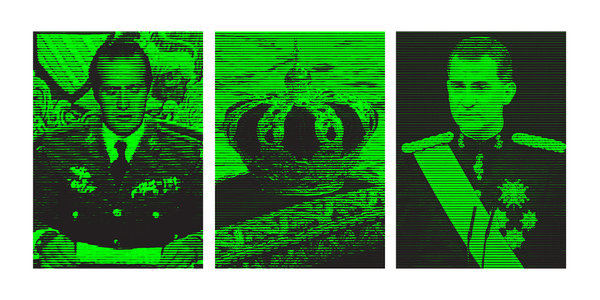 This reward is the one that perhaps contains a greater degree of personal commitment, as it is not only related to this project, but with the processes through which I develop all my work.

My projects are born from experiences with the world around me and the global world we live in. In this sense, I take license to laboratory" to the fictional space in which these processes come alive. Luckily, it is usually the space I share with the people who help me to develop ideas, make them grow from very different disciplines and perspectives. A place full of improvisation and unpredictability.

With this reward I want to open the lab door to those willing to join an immersive experience in one of the cornerstones of this work: television.

Book Printing in December 2014. Delivery to the patrons before Christmas’ Eve.

What will use your contributions for

The contributions received will pay the costs of printing, shipping to patrons and

the rental of a TV set in Madrid for a day, the development of Laboratorio-Acción-TV. In case the funding is greater than the amount needed, the exceeding money will be invested in a possible increase of the copies.

On the work of Julian Baron