LA MÁQUINA DEL TIEMPO Is a Saraiba Aitor and Furia Teatro de Madrid project. We traveled through the autobio(graphical) novels of Aitor to suit his particular world to the stage. We promise you that when you return, you will not be the same.

This is the perfect present for Christmas. We send you two beautiful Christmas Cards and two tickets for the show. All packed in a beautiful envelop that we send you with love.

6 Invitations for the Premiere + BBQ Event for 2 peoples + the project sketchbook + DVD of the Show + Named as "Producer" in all the communication + Incitation for 2 people in all the shows in Madrid.

in ourselves. And if you had to suffer, we will suffer too ?”*
"The letter to my father", by Franz Kafka

“La máquina del tiempo” is the free stage adaptation of the autobiographical graphic novel artist Aitor Saraiba. An intense story that shows that we can tell the complexity of life in a few words, mixed with strong fantasy of his drawings. Fears, hopes, fantasies, ghosts, family, love, forgiveness and distance, narrated by a desperate man in search of his place in the world.

We founded the company in 2012. Its members live in the world of theater for over 10 years. We have already produced Furia 2.0 and the gods inherited and we are behind other cultural initiatives such as GEA cooperative. We instinctively created the Furia Teatro: we need to tell stories. We question, we seek, we play and we tell. It's so easy, when you receive such a story: you can not pass up such an opportunity, you know you have to tell it. 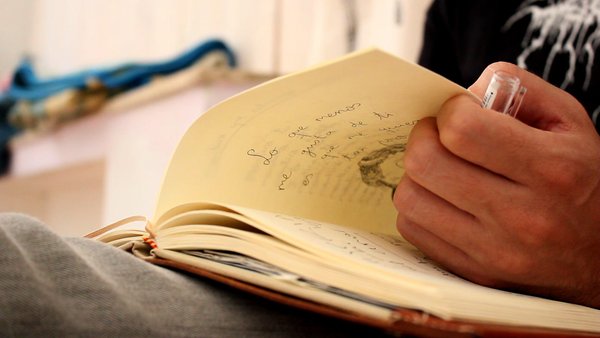 Like almost all good things, it starts with a party and, in this case, at Aitor’s. Some months ago, Aitor came to see our previous piece Furia 2.0 and he proposed me spontaneously: "Hey, why do not we do something together? Once the « fan effect » had gone and as we were eating a piece of cheese and drinking a coke, we determined a starting point : a vague intuition. After letting it settled for a whole summer, the improvisations began and we worked around a common fantasy, own language offered by the spaces created by Aitor drawings that now surround us. Everything is easier now. Our instinct tells us that we need to tell something different: what would happen if we were to meet face to face with the fear? We focus our energy on our primitive instincts and we take all the text that we have. Now yes. We have given birth to a creature. How beautiful is a job well done.

The team is composed of many professionals who are personally involved in the project:

Sepcial thanks to Helber Morais for his help to create "La cabra de AItor Saraiba" in origami and to Philippe Leroux, Jerome Van Severen and Patrick Mengarduque to translate the project. THANK YOU SO MUCH. 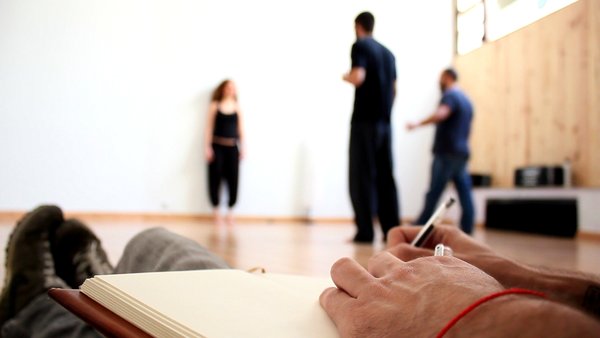 So far, we've covered some of the funding through the capital of the Company, but also thanks to the help of our families and our friends. We are now focused on crowdfunding campaign. The collection that we organize will finance rehearsal rooms, stage design, compensations and other expenses. The additionnal money we will raise will go to the communication, design, media, sound and light ... there are always fees to cover.

Rewards including tickets to performances and / or access to events, tickets will be delivered by hand.

Video of "La máquina del tiempo", will be sent once the Premiere is over.

Aitor original drawings made for the occasion are in A4 format.

Verkami show: At the begining of the shows there will be a special performance in Madrid of "La máquina del tiempo" for Verkami donors to thank you for your help and to discuss about the project.

The sketchbook, in the « pack Gerardo » include 15 originale sketches originales.

The ceramic is the Aitor Saraiba's "Pajarillo". 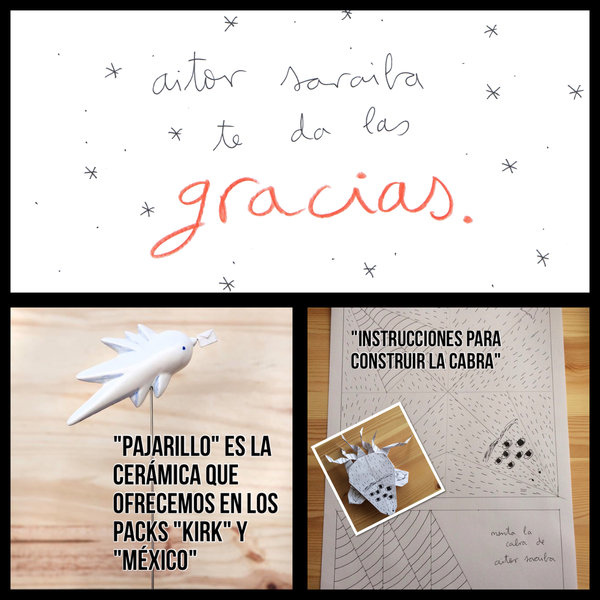 Our goal is to start performing beginning of 2015. 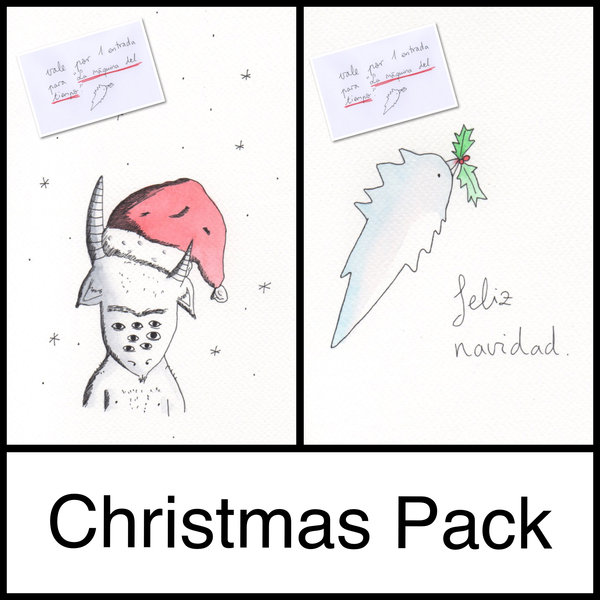 This is the perfect present for Christmas. We send you two beautiful Christmas Cards and two tickets for the show. All packed in a beautiful envelop that we send you with love.

6 Invitations for the Premiere + BBQ Event for 2 peoples + the project sketchbook + DVD of the Show + Named as "Producer" in all the communication + Incitation for 2 people in all the shows in Madrid.